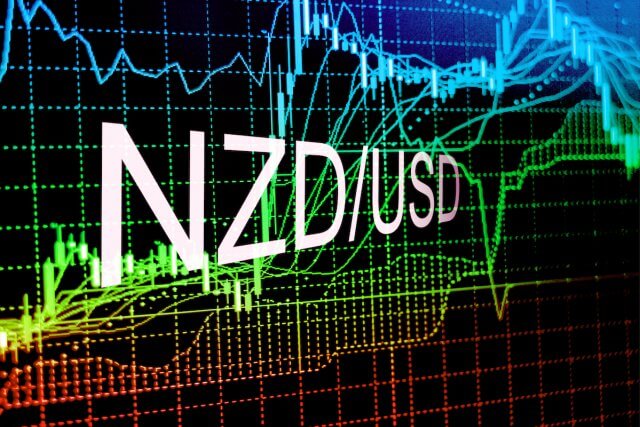 The NZDUSD cross advances in the extreme bullish sentiment zone before the RBNZ monetary policy decision, to be held during the overnight trading session. The intraday Elliott Wave view reveals its progress in an incomplete five-wave sequence, which could boost the price toward a new high.

The NZDUSD cross waits for the Reserve Bank of New Zealand (RBNZ) interest rate decision, as it moves on the extreme bullish sentiment zone. Although the kiwi’s high volatility during this year made it drop over 18.7% in the first quarter of the year, the NZDUSD is still up by 1.44% (YTD).

The next chart illustrates the NZDUSD in its 8-hour timeframe. The figure unveils the price action developing a short-term rally that pushed it from the extreme bearish till the extreme bullish sentiment zone.

Moreover, the consecutive intraday higher high could make the market participants expect further upsides during the interest rate decision, which will take place in the overnight trading session.

In this context, the analysts’ consensus foresees that the RBNZ official cash rate (OCR) will remain unchanged at 0.25%. However, considering that during the latest Reserve Bank of Australia (RBA) broad meeting, the policymakers decided to cut the interest rate to 0.10%, it is possible that the RBNZ would follow the same direction. 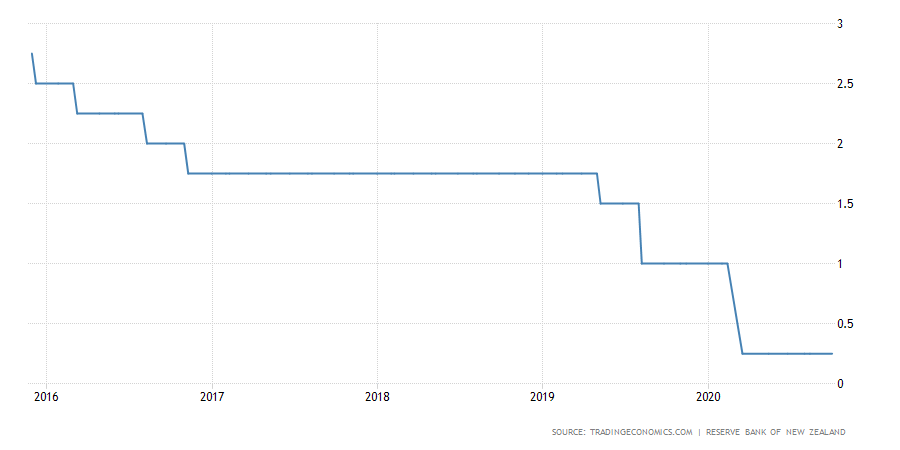 In consequence, although the NZDUSD moves in the extreme bullish zone, a drop below 0.67635 could be a signal the pair might start developing a downward corrective movement during the following trading sessions.

The big picture of the NZDUSD cross exposed in the 2-day log-scale chart reveals its advancement in an incomplete impulsive sequence, which looks moving on its fifth wave of Minute degree labeled in black.

According to the Elliott Wave theory, considering that the price action developed a third extended wave, the fifth wave should have a limited upside. Thus, the extension of the current upward movement could end soon.

On the other hand, the bearish divergence observed in the MACD oscillator confirms that the cross’s current 5th-wave upward sequence is in an exhaustion stage.

Likewise, the long-term descending trendline suggests that the price action currently tests a dynamic resistance, which could be surpassed backed by increasing volatility. Nevertheless, this potential breakout could end being a fake-out

The intraday outlook for NZDUSD under the Elliott wave view and illustrated in its 4-hour chart exposes its progress in the third wave of Minuette degree labeled in blue, which could retrace to the area between 0.6785 and 0.67562.

Lastly, the invalidation of this intraday upward scenario is a drop below 0.67242.