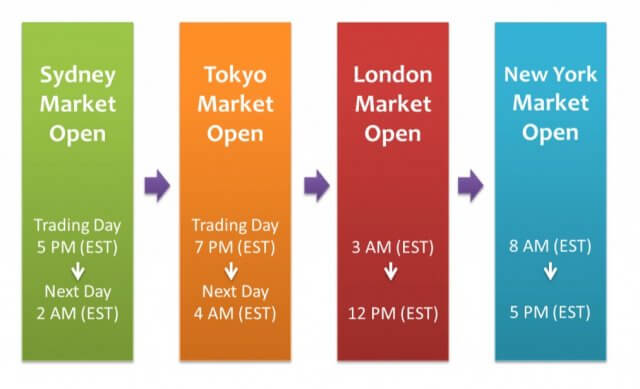 FWhile the forex market offers the opportunity to trade 24 hours per day, smart traders know that certain times just aren’t prime for trading. Professionals make the most of their time by trading during the best market sessions, then they choose to sleep and take care of other matters during lame market sessions or other special times when the market just isn’t ideal for trading. So, which times are best for forex trading and when should you avoid trading altogether? Stay with us to find out.

The Best Times to Trade

The major time zones dominate the forex market: Asia, Europe, and the United States. When time zones overlap, it creates one of the best market environments for forex traders. Overlapping time zones occur:

If you trade during these times, you can take advantage of the market’s high liquidity, volatility, and the best price action. Trading can also pick up on certain days and lag on others. On Mondays, after the overlapping of the New York and London sessions, things tend to pick up and the market reaches its peak mid-week, around Wednesday, before slowing back down in time for the weekend.

The Worst Times to Trade

If you feel like you need to trade as much as possible to be productive, you’ll be happy to know that there are times when the market should simply be avoided.

All trading sessions were not created equally, and savvy traders know when NOT to trade. The market is best for trading when certain sessions overlap and from Monday afternoon through the middle of the week. It’s a good idea to close out positions on Fridays and to refrain from opening any new positions until after the weekend has passed. You should also avoid the market if major news releases are expected to hit and during big holidays, like Christmas, summer holidays, and New Year’s.