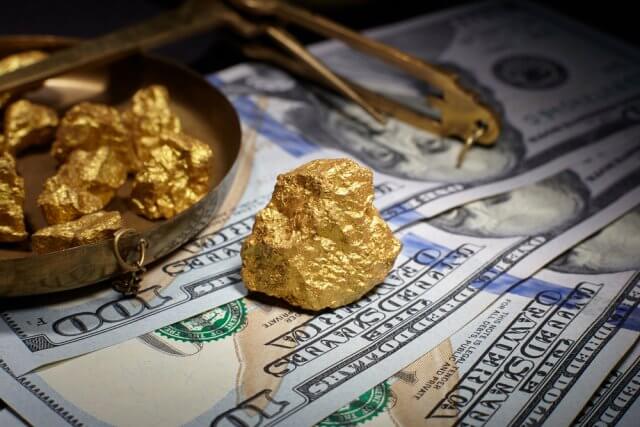 Fluctuations in the GDP from Mining data will eventually translate to all the industries that are dependent on Mined resources for their production process. This effect can be many-fold, and hence it is a vital economic indicator for investors, economists, and government authorities.

It refers to the entire process of searching for, extraction, beneficiation (purification), and processing of naturally occurring minerals from the Earth. Minerals that are typically mined can be Coal, metals like Copper, Iron, Zinc, or industrial minerals like limestone, potash, and other crushed rocks.

Coal is considered as one of the primary sources of energy across the world. Metals like Iron, Bauxite, and Copper have a wide range of usage in various industries. Limestone and other rocks are being used in cement industries, which contribute a lot to the construction and related industries.

How can the GDP from Mining numbers be used for analysis?

The developing economies are primarily achieving their growth through exports of essential commodities like Food, Minerals, etc. For example, Australia primarily exports Iron Ore and Coal, due to which the economic growth and currency value are tightly linked to the Mining of these natural resources. When the GDP from Mining starts to recede, currency devaluation and slowing economic growth are inevitable.

Developed economies are more resilient to changes in GDP from Mining, as their growth is tied to multiple sectors and are not heavily dependent on any individual sector. The availability of modern technology and skilled labor contribute to the GDP from Mining figures positively. Mining is a labor-intensive task. Hence, it is obvious that Mining lies at the heart of all industrial activities. A decrease in GDP from Mining can adversely affect all the dependent industries, and correspondingly the effects will pass onto unemployment, layoffs, wages, economic slowdown, etc.

Also, GDP from Mining numbers does not give us a complete picture of the economy. However, it can be an important tool for the Central Authorities to keep track of the performance of the Mining Sector and its implications for the economy. As established, the Mining Sector is a significant contributor, due to many industries dependent on its output.

Hence, changes in this sector widely affect the overall economic health, and all the dependent industries therein. In general, Higher GDP from Mining is good for the economy and its currency, and vice-versa.

Sources of GDP from Mining

For the US, the BEA reports are available here – GDP -BEA & GDP by Industry – BEA. For the world data below, two are useful references – Mineral Rents  – World % of GDP & GDP from Mining – Trading Economics. The monthly Mining Production statistics can be found on the official website of the Federal Reserve for the United States, which can be found here – G7 Industrial Production and Capacity Utilization

GDP from Mining Announcement – Impact due to news release

Mining is an extremely important economic activity in any country. The benefits of Mining have been widely promoted by the industry and institutions such as the World Bank. In several low and middle-income countries rich in non-fuel resources, Mining makes significant contributions to the national economic development as measured by the Mining Contribution Index (MCI-Wr).

The contribution of Mining and Minerals to GDP reached a maximum at the peak of the mining boom in 2011. Now, the figures indicate a decline in the Mining’s contribution but are still considerably higher than before. This is one of the reasons why it not a major determinant of economic growth. Thus, investors do not give importance to the mining data when it comes to investing in an economy.

In today’s lesson, we will try to examine the impact of GDP on various currency pairs and see the volatility change due to the news release. The below snapshot shows the previous, predicted, and actual GDP data of Switzerland released in the month of March. As this is the quarter on quarter GDP data, we can expect moderate to high volatility in the currency during the announcement.

After the news announcement, we see a sudden surge in the price indicating bullishness in the currency. The bullish ‘news candle’ suggests a negative reaction to the GDP data as it was on expected lines with no major increase or decrease. The market appears to have broken above the ‘descending triangle’ pattern, which is why we should need to wait for clear signs from the market with respect to the direction it is heading.

The above images represent the CAD/CHF currency pair, where we see that the market seems to be in a downward channel before the news announcement with the price at the bottom of the channel. Since the impact of GDP is high, there is a high chance that the news release could result in a break down if the data comes out to be weak for the economy. Therefore we need to wait for confirmation from the market before we can take a trade.

After the news release, the price moves higher and volatility increases on the upside. Since the GDP data was pretty much equal to the forecasted number, it did not result in bullishness in the currency, and it ultimately weakened the currency for a while. One who takes a ‘buy’ trade should take profits at the top of the channel and not wait for too long.

The above charts belong to the AUD/CHF currency pair, where we see that before the news announcement, the market is moving within a ‘range.’ This means the price is not moving in any single direction, which can make trading a bit challenging in such an environment. The news release can effectively move the market in any direction, which is why we need to wait for the announcement to happen in order to get clarity.

After the news release, the price moves lower, but this gets immediately bought, and the ‘news candle’ closes with a wick on the bottom. We witness buying pressure in the market soon after the news release. we to be cautious before taking a ‘long’ position since the price is at the top of the ‘range.’ All the best!