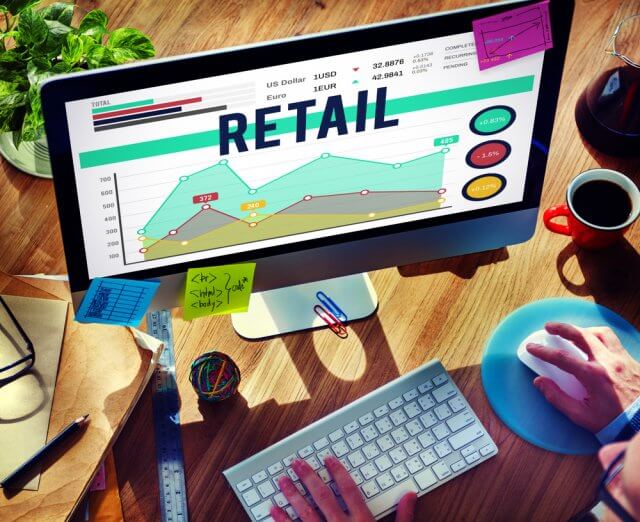 The level of demand can be said to be the primary driving factor in any economy. In the long run, the fiscal and monetary policies that are implemented by governments and central banks can be traced back to the aggregate demand within the economy. The consumption by households accounts for over 65% of the national GDP. Since retail sales account for most of the consumption by households, monitoring retail sales data can provide a useful predictor of the GDP and inflation.

The Retail Sales Monitor is a precise measure of the performance in the retail sector. The RSM is measured monthly in the UK by the British Retail Consortium (BRC), whose participating members represent about 70% of the UK’s retail industry. 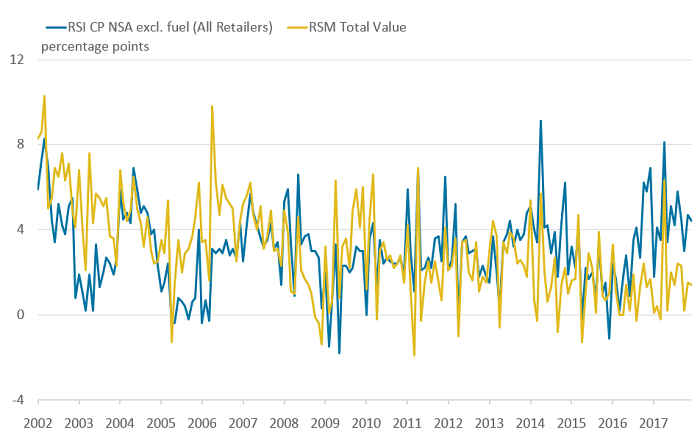 The BRC is comprised of over 170 major retailers and thousands of independent retailers. The BRC member businesses have sales of over £180 billion and with 1.5 million employees. Since the RSM measures the change in the actual value of same-store sales in BRC-member retail outlets in the UK, the data can be used as a confident measure of the UK’s retail sector health and the broader economy.

In the UK, the retail sector is the largest employer in the private sector, which means that tracking the retail sector changes gives an overview of the economy and business cycles and insights into the labor market.

The RSM data couldn’t be more relevant in the current climate of Coronavirus afflicted economy and post-Brexit operating environment. Here are some of the ways this data can and is used for analysis.

In any economy, growth is driven by demand. Household purchases account for over 65% of the GDP, which makes the RSM data a vital leading indicator of economic health. When the retail sales monitor shows an increase in households’ consumption, it means that more money is circulating in the economy.

Several factors can be attributed to increased demand by households. Firstly, increased employment levels in the economy or an increase in real wages mean that the economy’s overall disposable income also increases. As a result, households can now consume more quantities of goods and services. More so, the increased disposable income tends to lead to the flourishing of discretionary consumer industries and a general rise in the aggregate demand.

As an economic indicator, the retail sales monitor can be used as an authoritative leading indicator of recessions and recoveries since its data covers over 70% of the retail sector. For example, when the economy is at its peak, it is characterized by RSM’s historical highs and lower unemployment levels. When the RSM begins to drop consistently, this can be taken as a sign that the economy is undergoing a recession. The period of recession is characterized by an increase in the rate of unemployment and lower disposable income, which makes households cut back on their consumption and prioritize essential goods and services.

Conversely, when the economy is at its lowest during recessions or depressions, it is characterized by historical lows RSM and a higher unemployment rate. In this scenario, when the RSM begins to rise steadily, it could be taken as a sign that the economy is undergoing recovery. This period will be marked by improving labor market conditions hence increased demand that drives the RSM higher.

On the other hand, when the RSM is continually rising at a faster rate, contractionary monetary and fiscal policies could be implemented. These policies are meant to mop up excess liquidity of the money supply and increase borrowing costs, thus avoiding an unsustainable rate of inflation and an overheating economy.

There are two main ways in which the RSM data can impact a country’s currency. By showing the economic growth and as an indicator for potential monetary and fiscal policies.

When the RSM has been steadily increasing, forex traders can anticipate that contractionary policies will be implemented to avoid unsustainable economic growth. One of such policies involves interest rate hikes, which make the currency appreciate relative to others. Conversely, expansionary monetary and fiscal policies can be anticipated in the event of a persistent drop in the RSM. Such policies include cutting interest rates, which depreciates the local currency.

The currency can be expected to be relatively stronger when the RSM is increasing. In this case, economic conditions are improving, unemployment levels are dropping, and a general improvement in households’ welfare. On the other hand, a dropping RSM is negative for the currency because it is seen as an indicator of a contracting economy and worsening labor conditions.

The recent publication of the retail sales monitor data was on October 12, 2020, at 11.00 PM GMT and accessed at Forex Factory.

The screengrab below from Forex Factory; as can be seen, a low impact on the GBP is expected when the RSM data is published.

In September 2020, the BRC increased by 6.1%. This change was greater than the 4.7% change recorded in August 2020 and higher than the analysts’ expectation of a 3.5% change. Theoretically, this positive RSM is expected to have a positive impact on the GBP.

Let’s see how this release impacted the GBP/USD forex charts.

Before the publication of the RSM data, the GBP/USD pair was trading in a neutral pattern. As shown by the 5-minute chart above, the 20-period MA had flattened with candles forming just around it.

The pair formed a 5-minute ‘Inverted Hammer’ candle after the RSM data publication. However, the release of the data did not have any noticeable impact on the pair. The GBP/USD pair continued trading in the previously observed neutral trend with the 20-period MA still flattened.