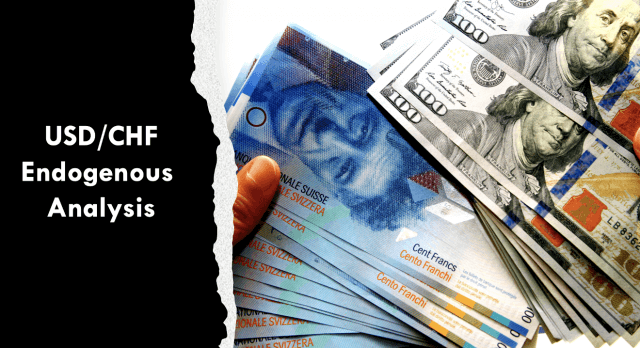 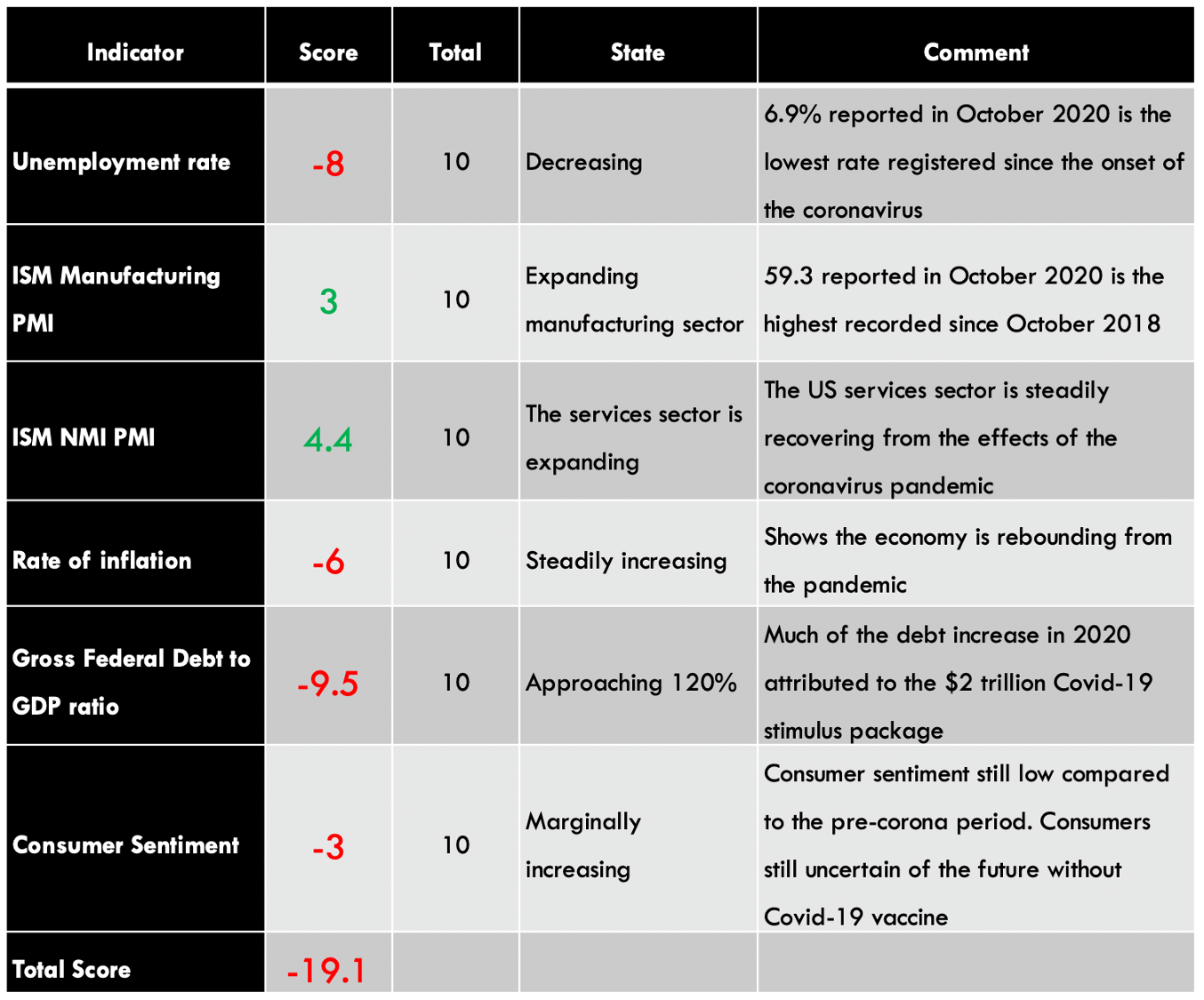 From the above table, we can see a clear deflationary effect on the USD currency and implies that it has depreciated in its value since the beginning of the year. You can find the complete USD Endogenous Analysis here.

Overall, the endogenous analysis of CHF has a score of -5. That implies that the CHF is expected to have depreciated marginally in 2020. 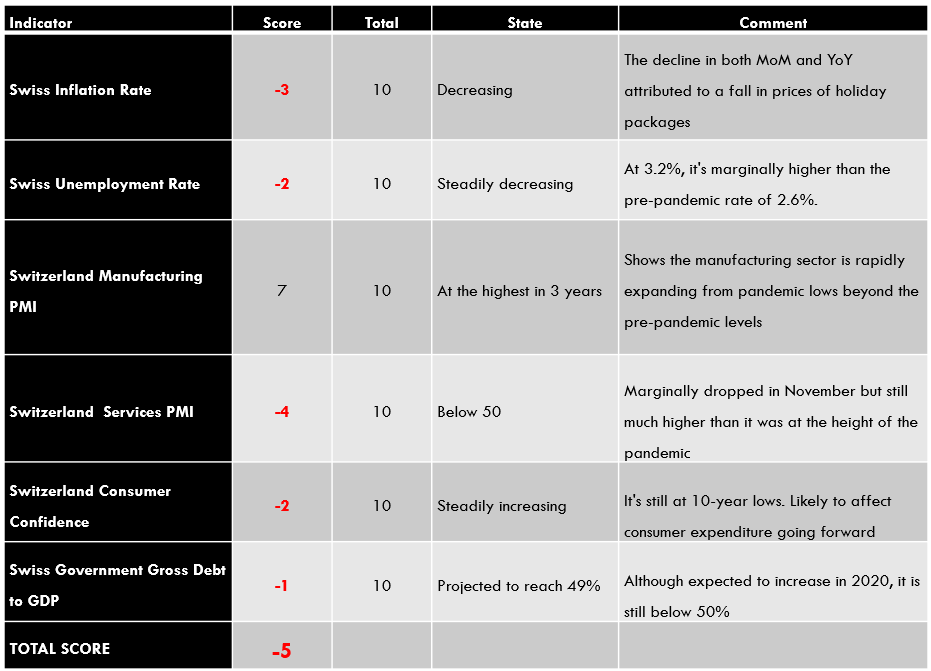 The rate of inflation is used to measure the changes in the price of consumer goods in Switzerland over a specified period – usually monthly or yearly. Here are the components of the CPI in Switzerland: Housing and energy, which accounts for 25% of the total CPI weight; 16% for healthcare; Transport accounts for 11%; Food and non-alcoholic drinks 11%; hotel and restaurant services 8%; 4% for Household goods and services; and clothing 3%. Education, communication services, and alcoholic beverages cumulatively account for 7% of the total CPI weight.

In November 2020, the YoY CPI in Switzerland dropped by 0.7%, while the MoM CPI dropped by 0.2%. The fall in prices of the hotel and holiday packages contributed to the drop in the inflation rate. The Switzerland CPI is at the lowest point since January 2018.

Based on our correlation analysis, we assign the Switzerland rate of inflation a score of -3.

This economic indicator shows the percentage of the total Swiss labor force that is actively seeking a job. Note that not all unemployed portion of the working-age population are seeking employment; so, they are not captured by the unemployment rate.

The Swiss unemployment rate has a high correlation with the GDP, but since it only increased marginally, we assign it a score of -2.

In November 2020, the Swiss procure.ch Manufacturing PMI increased to 55.2, the highest since December 2018. Based on the correlation analysis with the GDP, we assign a score of 7 since it shows a robust expansion.

The Swiss services industry employs over 60% of the working population and accounts for 73% of Switzerland’s GDP. This makes the services PMI a crucial indicator of the overall economy. The Services PMI is obtained through a comprehensive survey of 300 purchasing managers in the services sector to evaluate the changes in business activities.

The survey covers areas such as customer new orders, purchasing, and sales prices, and changes in the employment level.

In November 2020, the Swiss services PMI dropped to 48 from 50.4 in October, primarily attributed to new orders’ contraction. Although it is almost double the 21.4 recorded in April, it is still lower than the 57.3 recorded in January 2020. We, therefore, assign it a score of -4.

In the fourth quarter of 2020, the Swiss consumer confidence was -12.8, better than Q2 -39.3. Consumer confidence is used to show the likelihood of how much households will spend in the economy. Hence we assign it a score of -2.

In 2019, Switzerland’s government gross debt to GDP was 41%, and it’s projected to hit 49% in 2020 due to increased government expenditure to curb the economic slowdown brought about by the coronavirus pandemic. However, the Swiss government’s gross debt to GDP has been steadily declining since 2004, averaging at around 37%. Based on our correlation analysis and the fact that it has marginally increased in 2020, we assign a score of -1.