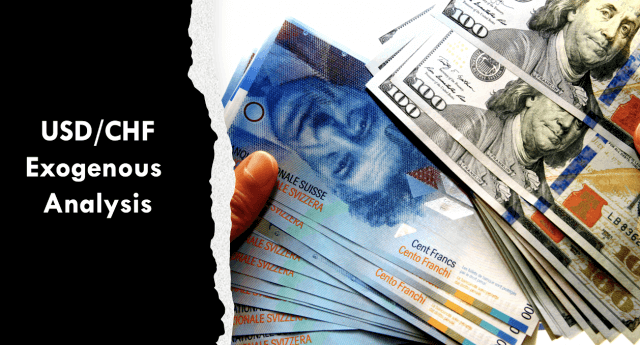 The exogenous analysis covers fundamental indicators that can compare the performance of the US and Swiss economies. Note that this comparison between the two economies is what drives the exchange rate of USD/CHF. They are:

In October 2020, Switzerland had a trade surplus of CHF 2.9 billion while the US a deficit of $63.1 billion. Throughout 2020, the US trade deficit has been widening from $37 billion in January, while the Swiss trade surplus has increased from CHF 2.8 billion.

Based on the correlation with the USD/CHF pair, we assign the balance of trade differential a score of -5.

US and Switzerland interest rate differential

The interest rate by The Swiss National Bank is -0.75% since January 2015. In the US, the federal funds rate is 0.25%. That makes the interest rate differential 1% for the USD/CHF pair.

Based on the correlation analysis with the USD/CHF pair, we assign the interest rate differential a score of 3.

The difference in the GDP growth in the US and Switzerland

A country’s GDP is primarily driven by domestic consumption. Although the GDP size differs in absolute terms, we can compare the US and Swiss GDP in terms of growth rate. An expanding economy is accompanied by appreciating currency. Therefore, if the US growth rate is higher than Switzerland’s, we can expect a bullish trend for the USD/CHF pair.

In Q3 of 2020, the Swiss economy expanded by 7.2% and the US by 33.1%. It means that the US economy is recovering faster than that of Switzerland. We, therefore, assign a score of 2. This implies that the GDP growth rate differential between the US and Switzerland has led to a bullish USD/CHF.

The USD/CHF pair has an exogenous score of -2. This implies that we can expect the pair to continue with its current bearish trend in the near future. 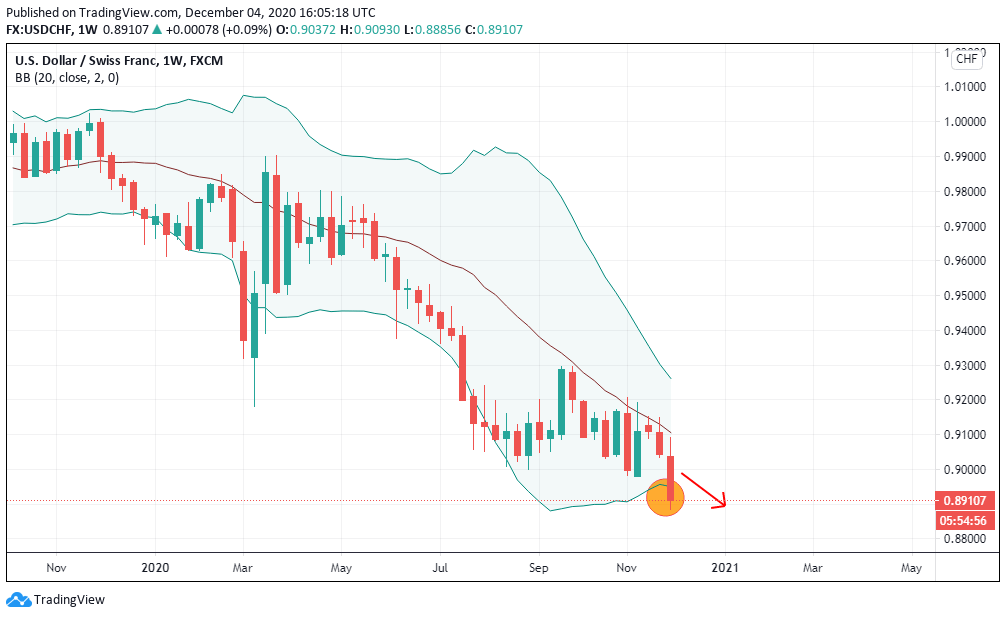 Note that the USD/CHF pair has breached the lower Bollinger band. Therefore, we can expect the downtrend to continue for a while, which supports our fundamental analysis. All the best.