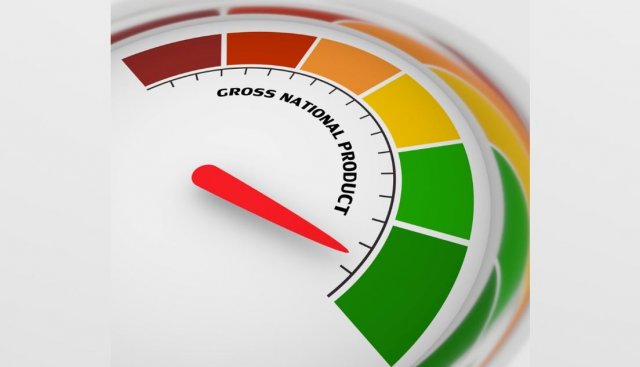 The two most important metrics of economic growth are the Gross Domestic Product (GDP) and Gross National Product (GNP). Up until 1991 the United States primarily measured its economic growth in terms of the Gross National Product and switched to Gross Domestic Product to make it easy for comparison with other countries, since many other countries were measured through the same.

But in practice, it is always necessary to assess a country’s growth in both the GDP and GNP terms to better understand the overall economic output. Hence, GNP also forms an excellent fundamental indicator of economic growth, almost as important as the GDP.

What is the Gross National Product?

Gross National Product, also called GNP, is the total monetary value of all goods and services produced by the country’s residents and businesses, irrespective of the production location. It means a business earning revenue in a foreign land is included in the domestic country’s GNP.

Gross National Product defines the economic output based on citizenship, or that country’s native people. Hence, a citizen having an extra income source in any monetary form overseas is factored into the GNP. GNP is higher for countries that have many of their businesses established in a foreign land. Accordingly, any output generated by foreign residents within the country is excluded out from the GNP.

It is essential to understand the difference between GDP and GNP during our analysis. GDP and GNP both measure economic output for a given period but differ in how they define the economy’s scope.

Gross Domestic Product is the total value of all goods and services produced by the nation. Here, GDP limits its assessment to the nation’s geographical borders and does not take into account the overseas economic activities of its nationals.

GNP does not restrict itself to the geography of the nation but limits itself in terms of citizenship. GDP does not reflect determinant in nationality. As long as the finished goods and services are within the country’s borders, it is included. On the other hand, GNP will not include any of the domestic borders’ revenue if it is from a foreigner.

The formula for GNP is given as:

In the above equation,

The GNP is very indicative of the financial well-being of a country’s nationals and its country-based multinational corporations. From a relative perspective, it does not tell us much about the country’s health, as the GDP does. GNP is a more realistic measure of a country’s Income than its production.

To clarify the role of each metric better, consider the below examples:

How can the Gross National Product numbers be used for analysis?

It is essential to understand that GNP does not reflect the domestic (geographical basis) conditions well. If a natural disaster were to occur within the United States, then the GNP would not be as affected as the GDP, as the foreign revenue by its residents would not depend on the domestic situations. Hence, GDP is a more accurate measure of economic activity. On the other hand, its citizens’ financial well-being is more accurately measured through GNP than GDP.

GDP is a measure of economic health, while GNP is a measure of a nation’s Real Income. Both are different but related. A country like China, where many companies from other countries have their business has higher GDP than GNP, on the other hand, the United States, which has many of its firms’ production houses outside its land, has higher GNP than its GDP. Significant differences between the GDP and GNP values can be accounted to the openness of the countries to International Trade and Global Markets.

The Gross National Product is itself susceptible to the currency and exchange rate. When the currency falls, the Gross National Product increases due to the strengthening of other countries’ currencies where the domestic firms are doing business. The health of the economy is not gauged by the GNP accurately. Currency movements are not as driven by the GNP as they are by the GDP. Hence, it is more critical as a financial indicator than as an economic indicator in our analysis.

It is a lagging and proportional indicator, and hence the impact of the GNP is not as pronounced as the GDP, as all other countries use GDP as their primary measure of economic health. Investors, economists, policymakers, and traders all use GDP primarily over GNP to assess the economy’s current health and direction. Hence, it is a low impact indicator of our fundamental currency analysis.

For the U.S., the Bureau of Economic Analysis releases quarterly reports of the Gross Domestic Product, which contains the GNP information. The St. Louis FRED consolidates the same data and maintains it on its website.

The St. Louis FRED website holds the GNP data that is very easy to access and analyze, and the link is here.

GNP data for various countries can be obtained here

In the above section of the article, we defined the Gross National Product (GNP) and described the analysis method. We will extend our discussion and understand the impact of the Gross National Product news announcement on the value of a currency. The GNP gives an estimate of the total value of all the final products and services rolled out in a given period utilizing production owned by a country’s residents.

The GNP includes personal consumption expenditures, domestic investment, government expenditure, net exports, and Income from foreign investments. A small distinction between the GNP and GDP is that GDP measures the value of goods and services produced within the country’s borders. In contrast, GNP calculates the value of goods and services produced by the country’s citizens only both domestically and abroad. However, GNP is also one of the most commonly used indicators for measuring the country’s economy.

In today’s example, we will analyze the impact of the United Kingdom’s GNP on the value of the Great British Pound. The below image shows the GNP in the U.K. during the fourth quarter, which was higher than the third quarter. Let us find out the impact.

We will begin our discussion with the GBP/USD currency pair to observe the change in volatility after the news announcement. The earlier image shows the state of the chart before the news announcement, where we understand the market is in a strong downtrend, and recently the price seems to be moving upwards. This could be a possible price retracement that could lead to the continuation of the trend and an opportunity.

After the news announcement, the market gets very bullish, and we see a sharp rise in the price. The positive reaction from the market is a result of the upbeat GNP data, which was better than expectations. This brought cheer among the market participants who took the price higher by strengthening the British Pound. We should not take any ‘short’ position until we notice trend continuation patterns in the market.

The above images represent the GBP/CAD currency pair, where in the first image, we see that the market appears to be moving within a ‘range’ with the price currently at the bottom of the ‘range.’ Before the news announcement, the currency pair is very volatile, suggesting that there is a lot of trading action in this pair. In such high volatile environment, we recommend waiting for the news release and then taking a suitable position in the pair.

After the news announcement, the price suddenly moves higher and volatility expands on the upside. The bullishness in the British Pound is a consequence of the optimistic GNP data, which showed a growth in the economy during the fourth quarter. Since the price is at the bottom of the ‘range,’ one can take ‘long’ in this currency pair with a target until the ‘resistance.’

The above images are that of the EUR/GBP currency pair, where we see that the market is in a strong uptrend before the news announcement, signifying the enormous amount of strength in the British Pound, since the currency is on the left-hand side of the pair. Depending on the outcome of the news and change in volatility, we will analyze the currency pair accordingly.

After the news announcement, market crashes, so much that the price goes below the moving average. The ‘news candle’ closes, forming a reversal candlestick pattern that could lead to the beginning of a downtrend. The volatility increases to the downside as the GNP data was reasonably good.

We hope you understood what ‘Gross National Product’ is and its impact on the Forex price charts. Cheers!