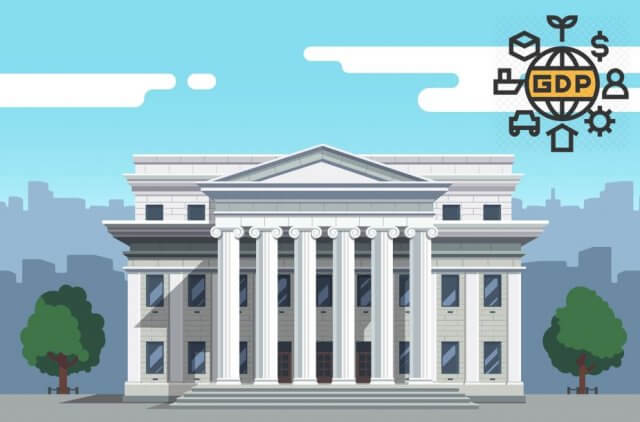 What is GDP from Public Administration?

The commonly used term “size of the economy” refers to this economic indicator. The USA is the world’s largest economy, and it means it has the highest nominal GDP or highest economic output.

It is the implementation of government policies. Public Administration is a part of every economy. Policies can be either monetary policy or fiscal policy.

Public Administration is concerned with the operations of government that run the nation. It is centered around the structuring of the Government policies and programs and government officials’ conduct to implement the same.

How can the GDP from Public Administration numbers be used for analysis?

Officials working as per the Public Administration policies are called Civil Servants, together the Governing body and its policy determine how effectively the opportunities are maximized to satisfy the public demands and lead to overall economic wellbeing.

Public Administration provides the foundation for economic activity through laws and as a catalyst to economic wellbeing through its services.

Without firm laws and regulations and active civil servants, the nation is in jeopardy. Weak governance and policy can sink the nation where corruption, political instability, riots, public protests, etc. can creep in.

When a nation’s government fails to stimulate the economy, there is a probability that it will continue for its elected period. Hence, International Investors can glean such clues from GDP from Public Administration figures. They can understand the behavioral nuances of the government and its probable impact in the upcoming quarters.

The government impacts the people and the business. On an absolute basis, the government has complete control over the nation for the elected period. It can bring about any policy reforms they see fit. It can help businesses or impede businesses. It can control money flow through the economy, and how much people pay taxes.

It is also essential to perceive that the GDP from Public Administration is only part of the government’s revenue. It assists in the functioning of other sectors through its public services that are not accounted for in the GDP.

The GDP from Public Administration is a low impact indicator, as the broader measures like Real GDP and GDP Growth Rates are more important for the Currency Markets.

GDP from Public Administration does not paint the full picture of the economy, but it tells us the effectiveness of the current government and its policies. Still, for the International Currency Markets, it does not serve as a useful indicator.

It is a proportional and lagging indicator. Higher GDP from Public Administration is good for the economy and its currency, and vice-versa.

World Bank actively maintains track of GDP by Sector figures of most countries on their official website. Public Sector

Sources of GDP from Public Administration

We can use the GDP by Industry to see the government’s contribution to GDP here.

We can also find GDP from Public Administration for different countries here.

In the previous section of the article, we understood the importance of Public Administration in an economy and how it impacts economic growth. It plays an essential role in overseeing and shaping new impact market strategies. It is the responsibility of public administrators, whether policymakers or non-profit executives, to make use of the opportunity to ensure that the economy flourishes.

Profound policies are needed to facilitate private-sector investment in socially beneficial concerns. All this is in the hands of public administrators and the government. Therefore, the department has a fair amount of contribution to the GDP and the economy. When it comes to investing based on this information, investors do not make investment decisions based on the contribution from different sectors. They look at the final GDP and take a position in the currency.

In today’s lesson, we will analyze the impact of GDP on different currency pairs and see the volatility created after the news release. The below image shows the first-quarter GDP data of Singapore, where we see a significant drop in the GDP value compared to the previous quarter. Let us find out the reaction of the market to this data.

Let us start with the USD/SGD currency pair, where the above image shows the state of the chart before the news announcement. We see that the market is moving in a small ‘range,’ and just before the release, the price is at the top of the ‘range.’ This means we can expect selling pressure from this point that can take the price lower. However, it is better to take a position based on the volatility caused by the news announcement.

After the news announcement, we see that the price moves lower, and the market falls considerably. The market reacted oppositely to what was expected as it resulted in the strengthening of the Singapore dollar even though the GDP data was negative. The volatility increased to the downside, and eventually, the market turns into a downtrend.

The above images are that of the SGD/JPY currency pair, where we see that the price is precisely at the ‘support’ before the news announcement. There is a high chance that the buyers might come back in the market and go ‘long’ in the currency pair. Since economists forecast a lower GDP for this quarter, it is advised not to take a ‘short’ position before the news release.

After the news announcement, the price initially moves higher, but this gets immediately sold into, and the candle closes with a large wick on the top. We witness a fair amount of volatility in the currency, and finally, it gets extended to the downside. One can take a ‘short’ position in the currency after noticing trend continuation patterns in the market and after confirmation from technical indicators.

The above images represent the GBP/SGD currency pair, where we see that before the news announcement, the market has reversed to the upside, and currently, the price has reacted strongly from the ‘demand’ area. This indicates a high amount of bullishness in the currency pair and weakness in the Singapore dollar since it is on the left-hand side of the currency pair.

After the news announcement, the market falls lower, and the volatility slightly increases to the downside. The Singapore dollar gets more influential after the news release, despite reporting weak GDP data. Thus, we can conclude that there is some confusion in the market and hence it moves in both the directions. Traders should technically analyze and take positions accordingly.

That’s about ‘GDP From Public Administration’ and its impact on the Forex market after its news release. In case of any questions, let us know in the comments below. Good luck!