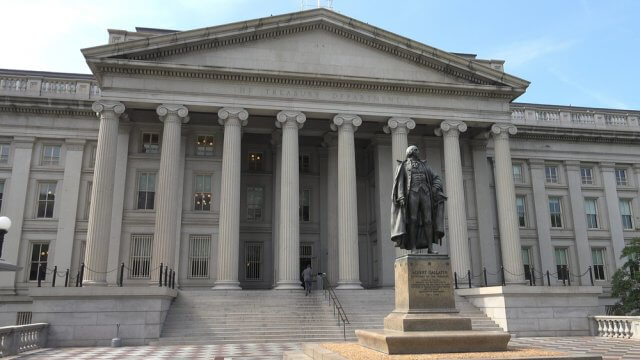 On the news front, eyes will be European German WPI data, Canadian BOE Gov Bailey Speaks, and Federal Budget Balance. But none of them is highly impacted and may not drive major movements in the market. Let’s focus on the technical side of the market.

The tone around the U.S. dollar remained negative due to the increased number of coronavirus cases from many states that reached more than 60,000 per day. Moreover, the number of deaths was also increasing that raised bars for renewed restrictions. The potential lockdown measures weighed on the U.S. dollar as it would affect the U.S. economy. The downbeat U.S. dollar added strength to EUR/USD pair on Friday.

On the other hand, ECB said that Bulgaria and Croatia were accepted to be a part of the ERM-2 mechanism, a mandatory stage for joining the euro, and beginning the currency bloc’s first expansion in half a decade. After the approval from the eurozone finance minister and ECB officials, the two eastern European nations will also join the bloc’s banking union from October 1.

Following the procedure, both nations must spend at least two years in ERM-2 before starting the practical preparations to join the euro that will roughly take another year. So, the estimated earliest year for their membership will be 2023. This positive news added further in the EUR/USD gains.

The EUR/USD pair has violated a downward trendline, which extended resistance at 1.1291 level, and now this level is going to work as a support for the EUR/USD. On the higher side, the EUR/USD may find resistance at 1.1350 level. Above this, the next target can be seen around the 1.1390 level. Bullish bias seems dominant today.

The GBP/USD pair was closed at 1.26217 after placing a high of 1.26640 and a low of 1.25666. Overall the movement of GBP/USD pair remained bullish throughout the day. The fresh supply in the U.S. dollar gave strength to GBP/USD pair on the last day of the week, and the pair rallied around 90 pips. Greenback struggled to gain attraction on Friday despite the increasing number of coronavirus cases. The fresh leg down in the U.S. Treasury bond yields dragged the U.S. dollar and made it weaker.

The traders ignored the persistent Brexit uncertainties on Friday as the main driver of the GBP/USD was the U.S. dollar. The European Union’s top negotiator Michel Barnier said that talks on the post-Brexit relationship had made a little progress. However, there were still significant differences in several important issues. This also added some positive momentum to Cable pairs.

For the next week, coronavirus cases will remain dominant. Still, the calendar will also be under observation as U.K.’s GDP and claims will be announced, while from the U.S., the Consumer figures will remain under watch.

GDP for May will be released from the U.K. next Tuesday that could show some stability after a collapse of 20.4% in April. The most important data will release on Thursday about the jobs report. The Unemployment Rate is expected to increase to 4.7% in May after the remaining 3.9% in April. The government’s furlough scheme that was extended through October has helped keep unemployment low. Wages are expected to jump from 1% to 1.4% in the gauge, including bonuses.

From the U.S. side, the increasing number of coronavirus cases from Florida, California, Arizona, and Texas will remain under watch. However, on the data front, the key release will Retail Sales that are projected to rebound in June to 4.6%. The Core Consumer Price Index is expected to surge to 0.1% from the previous -0.1%.

The GBP/USD is trading with a bearish bias, especially after crossing below 50 EMA support level of 1.2570. This level is now working as resistance, and the Cable can show further bearish bias below 1.2570 level. Closing below this level can lead the GBP/USD pair towards 1.25200 level. The MACD and RSI are holding in a selling zone, and the 50 EMA, which is providing resistance at 1.2570, is also demonstrating the strong sell signal. Let’s consider taking sell trades below 1.2570 level today.

The USD/JPY pair was closed at 106.911 after placing a high of 107.262 and a low of 106.635. Overall the movement of USD/JPY remained bearish throughout the day. The pair USD/JPY extended its previous day losses and dropped for the 3rd consecutive day on the back of broad-based selling bias around the U.S. dollar. The pair dropped to over two weeks the lowest level in the wake of risk-off market sentiment that gave strength to safe-haven Japanese Yen.

The recent optimism regarding the sharp V-shaped economic recovery faded away quickly after the record increase in the number of daily reported COVID-19 cases in the U.S. on Thursday. The continuous surge in the number of appearing cases and deaths also pushed the risk-off market sentiment that weighed on the equity market.

The global fight to safety weighed on U.S. Treasury bond yields that prompted selling bias in the U.S. dollar. The weak U.S. dollar failed to lend any support to the USD/JPY pair. On the data front, the PPI from Japan was released at 04:50 GMT, dropped by 1.6% against the forecasted drop of 2.0%, and supported Japanese Yen. The strong Japanese yen added in the losses of the USD/JPY pair.

On the other hand, the largest one-day increase in any country since the pandemic started was reported in the U.S. as 65,000 cases alone on Thursday. This raised the market’s safe-haven appeal that gave a push to Japanese Yen and ultimately weighed on USD/JPY pair. Moreover, the Federal Reserve said that in June, it purchased $1.8 Billion in corporate bonds to keep U.S. interest rates lower and ensure that large companies could borrow by selling bonds.

The bonds were purchased to keep interest rates on corporate bonds lower, making it harder for companies to borrow by selling debts. A Fed official announced this week that recently Fed has slowed down its bond-buying and if the market remained relatively healthy, then the central bank will continue to do so.

The USD/JPY is holding at 106.850, and this is going to provide solid support to the USD/JPY pair for now. However, this level’s bearish breakout has a huge odds of driving more selling until 106.450 level today. At the moment, the pair is trading with a selling bias of above 106.850 support. The USD/JPY is dropping below 50 periods EMA on the hourly charts, which supports the Japanese pair’s selling bias. Let’s look for selling trades below 107.250 today. Good luck!