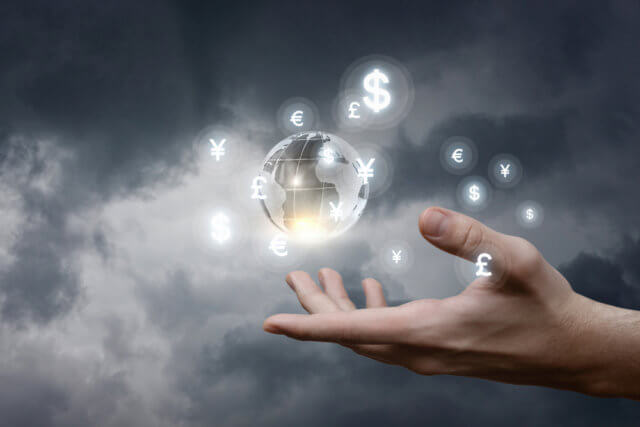 Later today, the U.S. government is expected to post a monthly budget deficit of 10.0 billion dollars for January. The European stocks ended in positive territory, with the Stoxx Europe 600 Index rising 0.9%. Germany’s DAX advanced 1%, and both France’s CAC and the U.K.’s FTSE 100 were up 0.7%.

The EUR/USD rebounded 0.1% to 1.0919, halting a six-day decline. European Central Bank President Christine Lagarde hinted that ECB might not ease monetary policy further, saying: “Monetary policy cannot, and should not, be the only game in town.” Later today, the Eurozone’s December industrial production will be reported (-2.0% on month expected).

The support to Euro came after the dovish remarks by the ECB President Lagarde, iterating that the slowing growth momentum in the Eurozone also decreased pressure on prices, which further helped the pair’s slide beneath the 1.0900 level for the first time after early October.

Looking forward, the shared currency will likely stay on the bullish track, mainly if the equities market continues to flash green in the wake of coronavirus development. Moreover, the riskier currencies like the NZD and the Aussie are also flashing green an picked up a strong bid at the press time.

In case the Eurozone industrial production disappoints expectations, the single currency may drop and revisit support at 1.0879 (October 1 low). Besides, the traders will keep their eyes on the German 10-y Bond Auction for taking fresh clues.

The EUR/USD is consolidating in a bearish zone around 1.0912 in the wake of a stronger dollar and weaker Euro. Presently, the pair is very near to the strong support mark of 1.0879, and the EUR/USD has also concluded a daily candle over this level. The pair has also formed a Doji candle accompanied by a robust bearish trend, which implies the odds of a downward reversal unto 1.0945 and 1.0980. Alternatively, the violation of 1.0925 can push buying in Euro; elsewhere, it may extend trading bearish unto 1.0880.

The GBP/USD rate is growing higher this week as the moving average extends support alongside the weakness in the U.S. dollar. The GBP/USD was last seen around the 1.3000 resistance after placing a low around 1.2870 in the early week.

The GDP figures from the United Kingdom published on Tuesday had little influence on the GBP/USD price as economic growth was not surprising in the fourth quarter, which was widely anticipated. A recovery yesterday was held lower by a major technical mark at 1.2960, although the pair is seen climbing over it in early trading today.

The GBP/USD broke above 1.2950 resistance level, which is now looking to test the next resistance around 1.3045. The following support level is likely to be found around 1.2950 for now. On the 4 hour timeframe, 1.3000 is the most crucial level for the GBP/USD as a violation of this level can lead Sterling prices further higher towards 1.3045 and 1.3065 in the coming week. The MACD and RSI are holding in the buying zone, supporting bullish bias for the GBP/USD pair. Let’s look for bullish trades above 1.3000 today.

The USD/JPY currency pair is flashing green and struggling to cross the 1.10 level, mainly due to the Japanese yen weakness in the wake of risk-on market sentiment. Currently, the USD/JPY is currently trading at 109.89 and consolidates in the narrow trading range between the 109.77 – 109.90.

In the market, traders are found on the waiting mode for economic data and a carefully optimistic Federal Reserve chair Jerome Powell who resumes his semi-annual congressional testimony, performing before the Senate Banking Committee later today in New York.

At the coronavirus front, the latest numbers China’s Health Commission gave showed 1,638 new cases of coronavirus contaminated people from Hubei. Compared to the prior day’s 2,097 incidents, the disease appears to decrease gradually. Moreover, the World Health Organization (WHO) has already said that the vaccine could be ready in 18 months, giving a boost to the risk-on.

As a result, it increased from 1.40% to 1.42%, ten-year yields from 1.57% to 1.59%, boosting the U.S. dollar and sending the yen and risk asset classes like gold lower. The S&P 500 and Nasdaq Composite each posting a record finish, and the Dow Jones Industrial Average was virtually unchanged.

So, this news has also improved risk sentiment and sentiment in global financial and commodity markets (copper +0.97%, CRB index +0.44% time of writing) as it is showing that the Chinese are making progress in fighting and controlling the virus. The Federal Reserve’s Chair, Jerome Powell, sounded dovish but had a cautious tone in his semi-annual testimony to Congress.