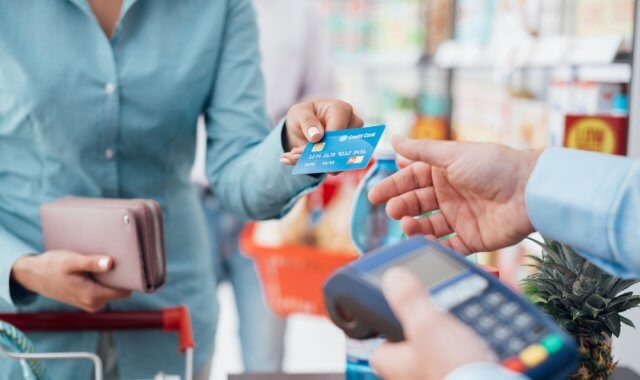 On the news side, the economic calendar is likely to offer another round of central bankers’ speeches worldwide. BOC Gov Council Member Lane, U.S. FOMC officials, is due to speak today. Simultaneously, the main highlight of the day is likely to be ECB President Lagarde Speaks and Unemployment Claims from the U.S. economy.

The EUR/USD pair was closed at 1.17068 after placing a high of 1.17576 and a low of 1.16883. Overall the movement of the EUR/USD pair remained bearish throughout the day. The EUR/USD pair dropped on Thursday to its nine-day lowest level over the strength of the U.S. dollar and rising fears of a second wave of coronavirus in Europe.

The U.S. dollar was strong across the board on Thursday, with the market ruling out the chance of more fiscal stimulus before the November elections despite the surge in coronavirus cases. Furthermore, the unexpected rise in the Philadelphia Fed Manufacturing Index also helped raise the U.S. dollar across the board on Thursday. At 17:30 GMT, it raised to 32.3 in October against the expectations of 14.4 and supported the U.S. dollar. The advanced index encouraged hopes that the U.S. economy could demonstrate greater resilience in the year’s final months.

This raised the U.S. dollar despite the rise in initial jobless claims and weighed on EUR/USD pair.

Meanwhile, the E.U. Summit started on Thursday. E.U. leaders met in Brussels to seek a way out of the Brexit impasse as the bloc remained divided over-ambitious targets to slash greenhouse gas emissions.

E.U. leaders also agreed to extend the trade negotiations with Britain. In a joint statement, E.U. leaders called on the U.K. to make the necessary moves to make an agreement possible and shift from their red lines to make a Brexit deal possible.

The E.U. chief negotiator Michel Barnier said that he wanted talks to continue with the U.K. till next month. Whereas, the German Chancellor Angela Merkel said that the E.U. should also compromise with the U.K. to reach a final agreement. On the data front, the French Final CPI for September came in line with -0.5% expectations. The data from Europe failed to impact the prices of a single currency.

Moreover, the European Central Bank President Christine Lagarde said on Thursday that ECB would be prepared to inflict additional emergency measures to seize the economic fallout from the coronavirus crisis, with the region facing a rapid surge in coronavirus infections. As per the World Health Organization, Europe has recorded more than 7.4 million coronavirus cases, with more than 251000 deaths and an alarming hospitalization rate. Lagarde said that as the second wave of coronavirus was hitting Europe’s coastline, ECB should make sure all the resources that ECB has available will be used to deal with the situation. She added that many resources, including asset purchases and interest rates, were still available, and ECB was ready to use them in need.

The ECB’s concerns and readiness to use further stimulus in need also weighed on Euro currency and dragged the EUR/USD pair downward.

The EUR/USD is trading at 1.1706 level, holding above an immediate double bottom support level of 1.1693. The U.S. dollar is likely to show some volatility during the day on the back of high and medium impact economic events from the United States. A stronger dollar may trigger a selling trend until the 1.1656 level, while the resistance can be found around 1.1725 and the 1.1748 levels.

The GBP/USD pair was closed at 1.29037 after placing a high of 1.30299 and a low of 1.28903. Overall the movement of the GBP/USD pair remained bearish throughout the day. The British Pound fell dramatically against the U.S. dollar on Thursday after the E.U. leaders urged U.K. to make necessary moves to secure an agreement instead of committing to work intensively with the U.K. to reach a trade deal.

After the first day of the E.U. Summit, the chief EU negotiator Michel Barnier said that the level playing field, fisheries, and governance issues remained, as the key sticking points that held up the progress on trade talks. E.U. officials also criticized the U.K. Brexit negotiator David Frost and called on the U.K. to make further concessions to reach a deal on trade. Prime Minister Boris Johnson will announce his decision on whether the U.K. will walk away or continue talks on Friday.

One of many reasons behind the lack of progress in talks was the U.K. facing an aggressive second wave of the coronavirus that has forced the government to impose lockdown restrictions that could slow the recovery.

In Great Britain, talks continued between the government and local leaders over expanding the strictest coronavirus restrictions to more parts of England. The rising number of coronavirus cases in the U.K. raised the need for restrictions that will affect the economic recovery. These recovery fears weighed on local currency and ultimately dragged the GBP/USD pair on the downside.

On the data front, the C.B. Leading Index from the United Kingdom came in as 0.5% for August compared to July’s 0.8% and weighed on GBP that added further pressure on GBP/USD pair. From the U.S. side, the Philly Fed Manufacturing Index rose in October to 32.3 from September’s 15.0, and the forecasted 14.4 supported the U.S. dollar. The strong U.S. dollar added further strength to the rising GBP/USD pair on Thursday.

Meanwhile, the U.S. dollar was also strong onboard after Nancy Pelosi said that Trump only wanted to secure his position. That is why he was forcing a smaller stimulus package ahead of elections. She added that he did not have any concern about the struggling Americans and refused to pass a half stimulus measure. These lingering tensions confusion related to U.S. stimulus measures raised uncertainty and supported the U.S. dollar. The main driver of the GBP/USD pair’s downward momentum on Thursday was E.U. leaders’ calls for the U.K. to make necessary moves to reach consensus on the Brexit deal and the rising number of restrictions in England.

The GBP/USD is trading at 1.2890 level, having supported over 1.2890 level. Above this, the next target is likely to be found around 1.2957 and 1.3020 level. Simultaneously, a bearish breakout of the 1.2890 support level can extend selling bias until 1.2840. The bearish bias remains solid below the 1.2890 mark. The cable may exhibit a breakout on the release of U.S. related economic events, especially the retail sales and consumer confidence. The leading indicators, such as MACD and RSI, support selling; therefore, it’s worth taking a selling trade below 1.2880 today.

The USD/JPY pair was closed at 105.420 after placing a high of 105.491 and a low of 105.060. Overall the movement of the USD/JPY pair remained bullish throughout the day. On Thursday, the U.S. dollar appreciated across the board due to its safe-haven status after the rising concerns about tightened coronavirus restrictions. The rising number of coronavirus infections with little expectations of a fiscal stimulus deal kept the investors away from risk.

On Thursday, the U.S. Treasury Secretary Steven Mnuchin said he was open to a targeted deal with the House Speaker Nancy Pelosi. He said that Pelosi should move 300 billion dollars to needy Americans from the previous fund’s leftovers. In response, she replied that Donald Trump only wanted to seek a symbolic victory and genuinely had no intentions to help the struggling poor people. Pelosi also said that she would not go for a half stimulus measure and stick to her $2.2 trillion packages.

These tensions surrounding the U.S. stimulus package dropped the hopes that any measure will release before elections and supported the U.S. dollar. The rising U.S. dollar help provides further support to the USD/JPY pair.

Traders ignored the rising number of unemployment claims and shifted their focus towards the rising Philly Fed Manufacturing Index and supported the USD/JPY pair’s bullish movement. The advanced index refreshed hopes that the U.S. economy could reveal greater flexibility in the final months of the year.

Furthermore, the Dallas Federal Reserve President Robert Kaplan said that minorities and women who have been affected by the job losses due to the coronavirus pandemic would need help to get back to work. Kaplan said that the economic activities were shifting more towards the less dependent sectors on face-to-face interaction due to the fears of coronavirus spread. Whereas, the Fed’s vice chair of supervision, Randal Quarles, said a need for more aid in the short-term funding market.

The rising number of coronavirus in the absence of any approved vaccine has raised fears for an economic recovery that has already been under pressure due to ongoing geopolitical tensions, the trade war between the U.S. & China, and the deep recession. These uncertainties kept the U.S. dollar supportive due to its safe-haven status and helped the USD/JPY pair post gains on Thursday.