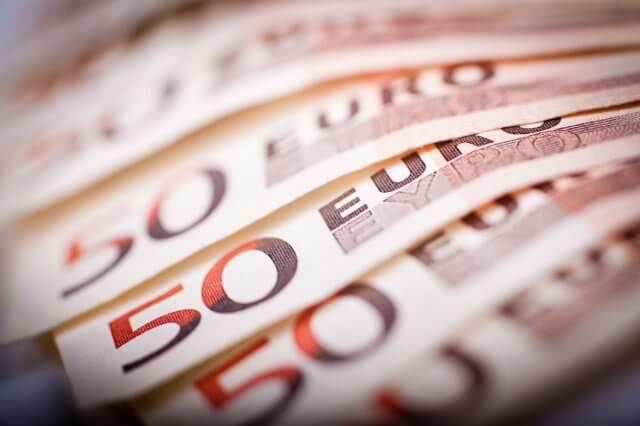 On the news front, the economic calendar is filled with a series of low impact economic events. However, the focus will remain on the German PPI m/m and Current Account from the Eurozone, and the point to note is that both of the data are expected to be positive so that it may underpin the Euro today. Besides, the FOMC Member Williams and Quarles speeches will be monitored for further price action.

The U.S. dollar was weak across the board due to mounting hopes that the U.S. stimulus package will be delivered soon and the encouraging Chinese data published on the day in early trading sessions. It was revealed that Republicans added 0.1 trillion dollars to its previous $1.8 trillion package offer to reach a consensus with Democrats. The Democrats, however, still found it difficult to reach a deal with republicans.

However, the hopes were increased in the market for U.S. stimulus as Republicans were making progress in compromising. This weighed on the U.S. dollar and helped the EUR/USD pair to extend its gains. On China’s front, the data from there reported its GDP at 4.9% in Q3 that was below the expectations of 5.2% and above the previous 3.2%. The U.S. dollar came under pressure because of China’s good performance in Q3 than Q2 and supported the EUR/USD pair’s upward momentum.

On Monday, the European Central Bank President Christine Lagarde said that she wanted E.U. governments to consider the possibility of making E.U. debt a permanent fixture of the bloc’s economic response to the crises. When asked about the 750 billion euros debt-fueled response to the coronavirus crisis, the E.U. commission will borrow on financial markets and disburse to E.U. countries as grants and loans; Lagarde said that this stimulus tool was a response to an exceptional situation like a pandemic. She added that there should be a discussion about this stimulus’s possibility to remain in the European toolbox to be mobilized again in identical circumstances.

Lagarde added that a debate on a common budgetary tool specific to the Euro area should take place and learn lessons from the situation that has happened recently. These comments from Lagarde added further strength to the already rising Euro currency and added additional gains. On the coronavirus front, Belgium extended its restrictions on bars and restaurants for the next four weeks as the infection rate rose continuously. The health minister warned that Belgium could soon be overwhelmed by new coronavirus infections.

Italy recorded its highest daily infection rate on Sunday and announced a raft of measures to control infection spread. Meanwhile, nine major French cities were also placed under curfew. However, these lingering coronavirus tensions failed to reverse the rising EUR/USD pair, and the currency pair remained on the positive track on Monday.

The EUR/USD is consolidating below a strong resistance level of 1.1793 level, extended by a downward trendline on the 4-hour timeframe. On the lower side, the EUR/USD may find support at the 1.1735 level, and violation of this support level can extend selling until the 1.1690 level. On the higher side, bullish trend continuation can lead the EUR/USD price towards the next target level of the 1.1830 mark. The MACD supports bullish bias; therefore, we should look for buying trades upon today’s breakout of the 1.1790 level.

The GBP/USD pair was closed at 1.29827 after placing a high of 1.30244 and a low of 1.28912. The British Pound eased from session highs on Monday against the U.S. dollar but remained supported as the E.U. assured that it would remain committed to intensifying Brexit-deal talks with the U.K. The E.U. Brexit negotiator Michel Barnier confirmed that the E.U. remained available to intensify negotiations in London. This marked a change in tone after E.U. leaders dropped their pledge to intensify trade talks last week and called on the U.K. to make concessions for a deal. Barnier’s statement raised the possibility of a Brexit deal and helped GBP/USD pair to remain positive on Monday.

The U.K. Cabinet Office Minister Michael Gove had suggested that the U.K. would not resume talks before acknowledging signs of progress. He also said that he welcomes the constructive move on the part of the E.U. However, he said that there was no basis to find an agreement and that Brussel’s proposals were inconsistent with sovereign status. He also labeled potential talks as meaningless.

The pair GBP/USD was raised during the early trading session but failed to extend gains and eased due to Gove’s statement. Michael Gove said that the U.K. was increasingly well-prepared for an Australian-style exit from the E.U., meaning no-deal. The mixed statements from Barnier and Gove confused the traders, and the currency pair suffered from it as it moved on the upside in the early session and lost most of its gains in the late session.

On the data front, at 04:01 GMT, the Rightmove Housing Price Index for October came in as 1.1% compared to the previous 0.2%. From the U.S. side, the NAHB Housing Market Index rose to 85 from the forecasted 83 and supported the U.S. dollar that limited GBP/USD pair gains on Monday.

Meanwhile, the rising number of coronavirus in the U.K. also weighed on GBP/USD pair as an 18,804 new cases were reported for COVID-19 in the U.K. on Monday with 80 new deaths. This also kept the pair under pressure and its gains limited on the day.

The GBP/USD surged sharply to trade at the 1.3006 mark, but soon it slipped again to trade at the 1.2939 level. The cable is currently gaining immediate support at the 1.2939 level, and a bearish breakout of the 1.2939 mark can lead to GBP/USD prices further lower towards the 1.2886 level. On the flip side, the resistance continues to hold around the 1.3006 level. The MACD and RSI show neutral bias as investors seem to wait for a solid reason to enter the market.

The USD/JPY pair was closed to 105.430 after placing a high of 105.501 and a low of 105.299. Overall the movement of the USD/JPY pair remained bullish throughout the day. Despite the U.S. dollar weakness, the USD/JPY pair posted gains on Monday and remained bullish as the U.S. stimulus package deal’s developments started moving on the positive side. The market mood was also better and played against the greenback after releasing the GDP report from China.

The Republicans extended its previous offer of $1.8 trillion to a $1.9 trillion packages on Monday, which was again failed by Democrats. The U.S. President Donald Trump has expressed his willingness for a larger stimulus package, but he still has to convince Republicans. Whereas, the U.S. House Speaker Nancy Pelosi has set out a 48-hour deadline for U.S. stimulus talks in the last effort to reach a deal before the elections.

Before elections, the hopes for a stimulus package dimmed and supported the U.S. dollar and raised the USD/JPY pair on Monday.

Meanwhile, China published its GDP report for the third quarter that came in as 4.9% and fell short of the forecasted 5.5% but extended compared to the previous 3.2%. The U.S. dollar came under pressure because of the Chinese GDP report and further capped gains in the USD/JPY pair on Monday.

On the data front, at 04:50 GMT, the Trade Balance from Japan for September came in as 0.48T against the forecasted 0.85T and weighed on the Japanese Yen. At 19:00 GMT, the NAHB Housing Market Index for October raised to 85 from the forecasted 83 and supported the U.S. dollar that pushed the USD/JPY pair even higher. Meanwhile, the Fed Chair Jerome Powell said in his speech on Monday that it should be more important for the U.S. to get the development of CBDC- cross-border digital currency right than being the first one to issue it.

Following China’s move, many central banks worldwide have started examining the possibility of issuing a digital currency. Facebook has also announced introducing Libra, its digital currency, given the increased demand for digital payments during the COVID-19 pandemic.

The Bank for International Settlements (BIS) and the seven other central banks, including the U.S. Fed and Bank of England, have released a report that tells the importance of CBDC to catch up with China’s move be the first one. According to Powell, the U.S. Fed has not yet decided on the issuance of digital currency, but it has been an active participant in research into the issue.

Moreover, the Federal Reserve Vice Chair Richard Clarida said on Monday that after taking a substantial hit from the pandemic, the U.S. economy was rebounded strongly. He said that it might take another year to reach pre-pandemic economic levels, but the labor market could take more than that to recover the pandemic’s damage. Fed officials’ comments also weighed on the U.S. dollar and caped further gains in the USD/JPY pair on Monday.