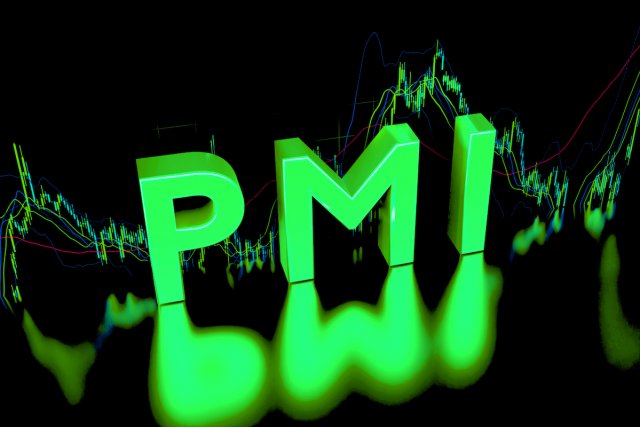 On the news front, eyes will remain on the Manufacturing PMI and Services PMI figures from the Eurozone, U.K., and the United States. Almost all economic figures are expected to perform better than previous months, perhaps due to the lift of lockdown. Price action will depend upon any surprise changes in the PMI figures.

Today in the Asian trading hours, the EUR/USD currency pair has succeeded in stopping its Thursday’s losing streak and continues to gain positive traction just closer to 1.1900 level, mainly due to the broad-based U.S. dollar weakness, triggered by the dismal U.S. Jobless Claims data. The upbeat market sentiment and on-going uncertainty surrounding the much-awaited U.S. fiscal stimulus also weighed on the safe-haven U.S. dollar and contributed to the currency pair gains.

Across the pond, the shared currency continues to gaining bullish traction as most of the investors believe that the European Union (E.U.) will reach an agreement on a coronavirus recovery package for its members in late July. This, in turn, the currency pair has been flashing green since the week start. On the contrary, the rising coronavirus cases in Germany and France turned out to be a major factor that kept the lid on any further gains in the currency pair.

As of writing, the EUR/USD currency pair is currently trading at 1.1882 and consolidates in the range between the 1.1856 – 1.1883. However, traders are cautious about placing any strong position ahead of German PMI. Moving on, the currency pair will likely put further bids if the preliminary German and Eurozone Markit manufacturing, services and composite PMI data for August blow past expectations on the day, this, in turn, bolstering hopes for faster economic recovery. On the contrary, the said, EUR/USD’ currency pair may face losses and revisit Thursday’s low of 1.18 if the German and Eurozone data prints below estimates.

However, this data is scheduled to release at 07:30 GMT, and it is anticipated that German Manufacturing PMI increased to 52.5 from July’s 51. But, the progress pace in the activity is expected to have increased in August. Likewise, the Eurozone Manufacturing PMI is anticipated to increase to 52.9 from 51.8. Thus, the above-forecast data will fuel recovery hopes and decrease the case for further monetary stimulus from the European Central Bank.

On the flip side, the data published by the U.S. showed that 1.106 million Americans declared unemployment benefits during the previous week, exceeding the anticipated 925,000 claims and last Thursday’s 971,000 figure. As a result, the U.S. dollar failed to maintain its previous Fed-gains and edged lower.

In the meantime, the U.S. House Speaker Nancy Pelosi stated, This time seems not right for a smaller coronavirus relief bill.” The Democrat earlier showed a willingness to cut the aid package amount demand in half to renew hopes of America’s much-awaited stimulus. But as of now, the uncertainty remains on the cards amid the policymaker’s differences.

As in result, the broad-based U.S. dollar reported losses on the day as the possibility of the U.S. Congress agreeing to a fiscal stimulus bill this month has weakened amid political differences, which eventually destroyed hopes for a quick U.S. economic recovery. As well as, the doubts over the U.S. economy recover further fueled after the dismal US Jobs data. However, the losses in the U.S. dollar helped the currency pair to stay higher. Whereas, the U.S. Dollar Index that tracks the USD against a bucket of other currencies was down, inching down 0.09% to 92.692 by 10:13 PM ET (3:13 AM GMT).

At the coronavirus front, the figures of coronavirus cases increasing day by day. Whereas, the total number of cases crossed more than 231,284 figures so far, as per the report of German disease and epidemic control center, Robert Koch Institute (RKI). Although, these fears have been playing a negative role to cap further gains in the currency pair.

The market traders will keep their eyes on the German and Eurozone Markit manufacturing, services, and composite PMI Data. As well as, the headlines concerning the US COVID-19 aid package, virus figures, and Sino-American trade can also impact the pair’s movement.

The EUR/USD pair has violated the sideways range of 1.1853 to 1.1830, and now it’s heading higher towards the next technical resistance level of 1.1915 level. On the lower side, the EUR/USD is likely to gain support at the 1.1860 level. Below 1.1860, the next support is likely to be found around the 1.1832 level. The bullish bias remains dominant today.

The GBP/USD pair was closed at 1.32135 after placing a high of 1.32246 and a low of 1.30642. Overall the movement of GBP/USD pair remained bullish throughout the day. The Pound continued its strength against the U.S. dollar on Thursday amid increased hopes that the U.K. and E.U. will find a breakthrough in the latest round of post-Brexit talks that will conclude on Friday.

Few investors were betting that both sides will be able to find common ground on the key sticking issues, including access to British fishing waters and the level playing field rules, as the latest round of talks is set to end on Friday. The level playing field rules consist of a set of standard rules to ensure firms in the U.K. and E.U. compete on an equal footing, and Britain has been arguing against it.

The rise in GBP/USD pair on Thursday was followed by the increased optimism around the Brexit talks and the broad-based U.S. dollar weakness amid poor than expected U.S. jobless claims.

Investor’s focus has now shifted more towards the final round of Brexit talks in September, to see whether a deal could be reached. E.U. Brexit negotiator Michel Barnier has said that an agreement should be agreed by October to allow the E.U. to ratify the deal.

It has already clear that if no deal was agreed between U.K. and E.U., then U.K. will follow the WTO terms, which will be harsh than the current trade agreement that will lapse at the end of Brexit transition period on December 31.

However, earlier Prime Minister Boris Johnson decided against extending the transition period beyond the end of 2020 and signaled optimism that a deal could be reached by the fall, it triggered bullish momentum in the GBP/USD pair.

On Friday, the Retail Sales and Public Net Borrowings from Britain, along with the Consumer Confidence and Manufacturing & Services PMI data, will release that will impact on GBP/USD pair. The more important release will be the result of the latest Brexit talks with E.U. that will strongly impact the GBP/USD pair. From the U.S. side, the Flash manufacturing & Services PMI data will remain under focus by investors.

On Friday, the GBP/USD pair is trading at 1.3250 level, and the pair was trading in between an ascending triangle pattern that has now been violated. The triangle pattern was extending resistance at 1.3125 level, and above this, the next resistance is likely to be found around 1.3267 level. At the same time, the support stays at 1.3186 and 1.3137 level. Bullish bias seems dominant today.

The USD/JPY pair was closed at 106.111 after placing a high of 106.150 and 105.101. Overall the movement of the USD/JPY pair remained bullish throughout the day. After falling for three consecutive days, the USD/JPY pair rose sharply and reached above 106.00 level on Wednesday amid broad-based U.S. dollar strength.

The FOMC minutes of the July meeting revealed that policymakers supported cap bond yields and made it unlikely for the Fed to introduce yield curve control in September. In response to Fed minutes, the U.S. Dollar Index rose above 93 levels, and the U.S. 10-year Treasury yields rose about 0.9% and supported the U.S. dollar that ultimately gave strength to USD/JPY pair on Wednesday.

The sharp rally in USD/JPY was also supported by the comments of a senior Trump administration official who said that a new stimulus relief bill of small amount than $1 trillion or $3 trillion could be agreed upon and provide strength to the economy. He proposed a new bill of $500 billion as the previously expected stimulus bills proposed by Republicans & Democrats was failed to reach a consensus. This new bill also raised hopes and supported the U.S. dollar that pushed USD/JPY prices further on the upside.

On the data front, at 04:50 GMT, the Core Machinery Orders in June from Japan declined to -7.6% from the previous 1.7% and fell short of the expected 2.1% and weighed on Japanese Yen that added strength to the advancing USDJPY pair. Whereas, the Trade Balance from Japan showed a deficit of -0.03T against the forecasted -0.44T and the previous -0.41T and supported Japanese Yen.

On the other hand, the US-China relations were further dented after Donald Trump revealed the main reason behind the delay in review meetings between U.S. & Chinese officials on August 15 on Wednesday. According to Trump, he was furious over Beijing’s handling of coronavirus situations and disturbing the global economy, and that was the reason he canceled the review meeting. He said that he did not want to meet China for now.

The negative statement a day after blacklisting the Chinese telecom Huawei group in America escalated the tensions further and weighed on risk sentiment. This helped the U.S. dollar gain strength against its safe-haven status and raised the USD/JPY pair in the market.

Mark Meadows, the White House Chief of Staff, informed on Wednesday that no new high-level talks were rescheduled between the U.S. & China as two sides were already in touch regarding the implementation of the phase-one trade deal. This raised the risk sentiment and weighed on Japanese Yen that ultimately added gains in USD/JPY pair.