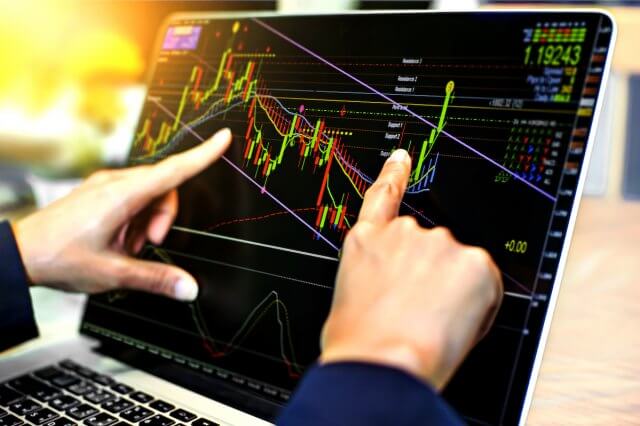 The eyes will remain on the ECB Monetary Policy Meeting Accounts due during the late European session on the data front. Alongside, the U.S. Unemployment Claims and Fed Chair Powell Speaks will remain in highlights today.

The EUR/USD closed at 1.21577 after placing a high of 1.22226 and a low of 1.21396. The U.S. dollar recovered on Wednesday and weighed on EUR/USD pair that resulted in losses for another day. On Tuesday, the benchmark 10-year Treasury yields fell nearly seven basis points from a 10-month high hit on the day following strong demand at a $38 billion 10-year auction and comments from the U.S. Federal Reserve officials reiterating that monetary policy was going to stay supportive.

The sharp rise in the U.S. yields resulted from the bond-market sell-off triggered by the rising hopes for massive stimulus measures largely funded by government borrowing after the Democrats claimed the Senate in Georgia runoff elections.

At 12:00 GMT, the German WPI for December raised to 0.6% against the expected 0.1% and supported Euro on the data front. At 14:00 GMT, the Italian Industrial Production for November dropped to -1.4% against the expected -0.4% and weighed on Euro. At 15:00 GMT, the Industrial Production for November also raised to 2.5% against the expected 0.2% and supported Euro. From the U.S. side, at 18:30 GMT, the Consumer Price Index for December remained unchanged at 0.4%. The Core CPI for December also came in line with the forecasts of 0.1%. The European Central bank President Christine Lagarde called on Wednesday for global regulation of Bitcoin, saying that the digital currency had been used for money laundering activities in some instances and that any loopholes needed to be closed. The largely anonymous nature of cryptocurrencies has raised the concerns that they could be used for money laundering and other legal activities.

On Wednesday, the Federal Reserve Governor Lael Brainard said that unemployment for the lowest-paid workers in the U.S. was above 20%, and it underscores the importance of policy help for the economy. Brainard said that the figure indicated how uneven the recovery has seen since efforts to control the coronavirus pandemic resulted in the biggest quarterly GDP drop since the Great Depression. She also said that the level highlighted the need for accommodative policy, but she stated that it was too early to say how long Fed’s measures will stay in place. These comments from Brainard added strength to the U.S. dollar and added losses in EUR/USD pair on Wednesday.

Meanwhile, the losses in EUR/USD pair were extended after the German Chancellor Angela Merkel wanted to extend the current lockdown in Europe’s largest economy through the end of March. Extending the lockdown will hurt the Eurozone’s economy that could drag it to a double-dip recession, and it weighed on the local currency Euro that ultimately added weight on EUR/USD pair on Wednesday. Furthermore, On Wednesday, the House voted in favor of impeachment against Donald Trump, and he became the first U.S. President to be impeached twice. The House voted to impeach Trump on incitement of insurrection after the President incited a violent crowd to storm the Capitol last week, ultimately resulting in five deaths. These developments kept the safe-haven greenback under demand and added further losses in EUR/USD pair.

The EUR/USD is gaining support at the 1.2136 level, and violation of this can cause further dip until 1.2105 and 1.2065 level. On the higher side, the EUR/USD pair may face resistance at the 1.2170 level, and a bullish breakout of this level can prolong the buying trend until 1.2220. The RSI and MACD have shifted their selling trends; therefore, we may see further sell-off upon the bearish breakout of the 1.2136 level today.

The GBP/USD closed at 1.36364 after placing a high of 1.37010 and a low of 1.36115. The GBP/USD pair dropped on Wednesday after British Pound started trimming its previous daily gains amid the U.S. dollar recovery. The greenback recovered strength, and the DXY rose back to the area of the daily high near 90.30. The gains were modest as Wall Street trades mixed and despite the decline in the U.S. treasury. The 10-year U.S. Treasury yield fell to 1.09%, its lowest since January 8.

After the third national lockdown in the U.K. was announced last week, there had been speculations that the Bank of England (BoE) could introduce negative interest rates to help support the economy, which proved negative for the British Pound. However, following Tuesday’s comments from Bank of Governor Andrew Bailey, which ended the speculation, Sterling has since rallied and continued to find support from markets. Furthermore, the British Pound also rose as Home Secretary Priti Patel addressed the nation and said that the current lockdown restrictions were strict enough, claiming investors who had been worried that tougher restrictions could have been announced to tackle rising infection rates.

The prospects of new restrictions added weight to the local currency, and it was further supported by the comments from the Scottish Minister, who announced further restrictions. Nicola Sturgeon urged people to minimize their interaction and keep in mind that the virus was there with everyone. He said that people should assume that they have the virus or any person they were in contact with and urged the public to prevent it from spreading by following the rules and SOPs. The rising number of coronavirus cases and imposed lockdowns in the nation added weight to the local currency Sterling, which ultimately added the GBP/USD pair’s losses.

The U.S. Inflation rate and the rising U.S. Treasury yields helped and supported the U.S. dollar supported due to its safe-haven status from the rising number of coronavirus cases U.S. fiscal stimulus speculations. The rising demand for the U.S. dollar added in the losses of the British Pound to the U.S. Dollar exchange rate and dragged it down on Wednesday.

For Cable investors, any coronavirus developments will remain in focus for the end of the week, with success in the rollout of vaccines seen as British Pound positive. Sterling investors will also be watching Friday’s U.K. growth data, which could weaken the GBP/USD exchange rate.

The British Pound investors will also be looking to Federal Reserve officials over the coming days, with Fed chair Jerome Powell speaking and indicating that U.S. monetary policy will be kept loose and the U.S. dollar is likely to struggle further. Greenback investors will also be focusing on Friday’s initial jobless claims that could also disappoint the traders.

The GBP/USD is trading at 1.3692, and it has closed a Doji candle on the four hourly timeframes, and it may extend a bearish correction in the GBP/USD pair. On the lower side, the support stays at 1.3636 and resistance at 1.3692 and 1.3720 today. The GBP/USD pair’s 10 & 20 periods EMA is supporting bullish bias in the Sterling. The MACD and RSI support bullish bias; therefore, bullish bias dominates over the 1.3646 level today.

The USD/JPY pair closed at 103.869 after placing a high of 103.995 and a low of 103.523. The pair refreshed daily tops on Wednesday, reversed an intraday dip near a one-week low, and recovered a quarter of the previous day’s losses. The U.S. Dollar demand rose on Wednesday amid the retracement slide from a 10-month high hit of U.S. treasury yield on a 10-year note that ultimately added to the USD/JPY pair’s upward momentum. The U.S. dollar was also high onboard amid the risk-off market sentiment on Wednesday due to increased infection cases and imposed lockdowns worldwide.

The Kansas City Fed President Esther George has said that she does not expect the Fed to react if inflation exceeds the central bank’s 2% goal. Earlier in the month, the Democrats claimed the Senate after the runoff elections in Georgia that raised hopes for larger stimulus measures funded by the government borrowing. This resulted in a bond-market sell-off that drove U.S. yields sharply higher, helped stall the U.S. dollar’s decline, and supported the USD/JPY pair’s upward trend.

The U.S. Federal Reserve officials expect a quick economic recovery if coronavirus vaccinations continue to gather pace; however, that could leave markets estimating about the outlook for the monetary policy by Central Bank. Federal Reserve might not recourse to faster than expected loosening of coronavirus stimulus efforts. Such a move from the Fed could put pressure on it to raise interest rates faster than expected, and this would help the U.S. dollar gather strength and support the rising USD/JPY pair. Moreover, on Tuesday, the daily U.S. coronavirus death-toll hit a record of 4327 as the Trump administration moved to rush the rollout of vaccinations across the country. During the holiday season around January 8, the rising death-toll was first seen in the U.S. with 4000 deaths, and it has reached 4327 now.

The total number of deaths in the United States from coronavirus has reached 382,624, and it is the biggest death-toll in the world. The U.S. also has the highest number of coronavirus cases globally, with 22,959,610 confirmed cases of coronavirus. Despite lockdown and restrictive measures, these rising coronavirus cases added weight on the U.S. dollar and capped further gains in the USD/JPY pair.

The safe-haven currency pair USD/JPY slipped to trade at 104.054 level amid increased demand for safe-haven assets. The USD/JPY has formed an upward channel on the 4-hour timeframe, and it has the chance of leading the pair towards the next resistance level of 104.340 level. The 50 periods EMA supports the bullish trend, and we may have odds of taking a buying trade over the 103.570 level today. Good luck!