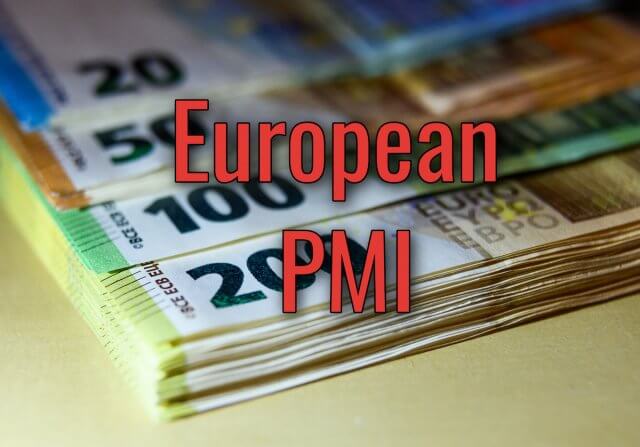 The economic calendar is filled with medium impact economic events such as Unemployment Claims, C.B. Leading Index m/m, and Existing Home Sales from the United States on the news front. Besides, the Consumer Confidence from the Eurozone will also remain in the highlights today. The market may show some price action during the U.S. session on the release of U.S. Jobless Claims.

The EUR/USD closed at 1.18184 after placing a high of 1.18666 and a low of 1.18111. The EUR/USD pair was down and remained bearish on that day. As the market sentiment deteriorated and the U.S. dollar moved stronger across the board, the EUR/USD pair dropped on a session by 0.3% and remained one of the worst G10 performers on Thursday.

The common currency put an end to a four-day rally on Thursday as the hopes of the next round of U.S. stimulus deal faded away.

The U.S. President Donald Trump crushed the risk appetite on Thursday after blaming Democrats for not compromising an acceptable agreement. This raised the U.S. dollar on board from its seven-week lowest level. The hopes for the next round of U.S. stimulus package were faded after Trump blamed Democrats that they were unwilling to compromise on the relief aid bill’s size. However, the talks were continuing, and it is uncertain whether a stimulus package is delivered before the Presidential elections or not.

The faded hopes dampened the risk sentiment and added strength to the U.S. dollar that ultimately added weight on the EUR/USD pair on Thursday. Furthermore, the rising number of coronavirus cases in Europe also weighed on the EUR/USD pair. In Europe, the daily number of infections reached record levels, with Spain becoming the first western country to report one million cases. These rising numbers of coronavirus cases from Europe also undermined the Euro currency’s confidence, ultimately added to the losses of the  EUR/USD pair.

On the data front, at 11:00 GMT, the German GfK Consumer Climate came in as -3.1 against the forecasted -2.9 and weighed on Euro currency that added in the losses of EUR/USD pair. At 18:52 GMT, the Consumer Confidence from Europe was also declined to -16 from the projected -15 and weighed on the single currency and added in the losses of EUR/USD pair. From the U.S. side, the Unemployment Claims from last week were dropped to 787K against the projected 860K and supported the U.S. dollar. At 19:00 GMT, the Existing Home Sales also raised to 6.54M against the forecasted 6.20M and supported the U.S. dollar that ultimately weighed on EUR/USD pair.

Apart from macroeconomic data, the European Central bank has also hinted that the Eurozone’s economy was in for a bumpy road ahead. The President of ECB Christine Lagarde also warned about the effects of the second wave of coronavirus on the economy. So, the weak outlook of the Eurozone economy also weighed on EUR/USD pair.

The bullish bias of the EUR/USD has weakened as the pair fell from the 1.1880 level to a 50% Fibonacci retracement level of 1.1805 level. This level’s violation may trigger further selling until the 1.1769 area that marks 61.8% Fibonacci retracement for the EUR/USD. The EUR/USD is likely to exhibit further selling bias today, especially after violating the 1.1770 level to 1.1740 level. The MACD and RSI are also supporting the bearish bias; therefore, bearish bias remains dominant today. The EUR/USD may face resistance around 1.1837 and 1.1880 level today.

The GBP/USD closed at 1.30822 after placing a high of 1.31517 and a low of 1.30704. Overall the GBP/USD pair remained on the downside all through the day. The GBP/USD pair gave up some ground and remained bearish on Thursday amid the broad-based U.S. dollar come back. However, the GBP/USD pair managed to stay in the upper half of its weekly range.

The British Pound fell on Thursday, although the talks between the E.U. & U.K. resumed on the day. The reason could be attributed to the brinkmanship from Britain amid negotiations, risk an accidental no-deal Brexit. On Thursday, the top E.U. Brexit negotiator Michael Barnier arrived in London to intensify talks with his British counterpart David Frost to break the impasse and find a solution to key sticking points, fisheries, and state aid.

The concerns have raised in the market that the U.K.’s strategy to be somewhat tough on talks and deadlines could risk an accidental no-deal Brexit as the end of the year is coming ahead. These concerns weighed on the Sterling and added the GBP/USD pair’s losses on Thursday.

On the data front, the CBI Industrial Order Expectations from the U.K. came in as -34 against the forecasted -50 and supported British Pound.

However, from the U.S. side, the Unemployment Claims from the previous week declined to 787K against the forecasted 860K and supported the U.S. dollar. The Existing Home Sales also supported the U.S. dollar after rising to 6.54M from the anticipated 6.20M. The positive data from the U.S. exerted pressure on GBP/USD pair on Thursday. Meanwhile, the Bank of England Governor Andrew Bailey told of strong demand to invest in climate change technology. He also sketched a strong demand for green investment. Looking forward, market participants will await the release of PMI for services and manufacturing activities to find a fresh clue about GBP/USD pair.

The GBP/USD traded bearishly below the 1.3165 resistance area to trade at the 1.3070 level that marks the 38.2% Fibonacci retracement level for the Sterling. On the further downside, the GBP/USD pair may take another dip until the 61.8% Fibo level of 1.3018 as the MACD is still pointing towards the selling area. At the moment, Sterling’s immediate resistance holds at the 1.3070 mark; however, the closings below this level is supporting the selling bias. Consider opening sell trades below the 1.3100 level today.

The USD/JPY pair was closed at 104.884 after placing a high of 104.921 and a low of 104.474. The movement of the USD/JPY currency pair stayed bullish throughout the day. The USD/JPY pair traded with a positive note during the whole Thursday session after a goodish pickup in the U.S. dollar demand. The rebounded U.S. dollar helped currency pair USD/JPY to gain positive traction and move away from the six-week lowest level it touched on Wednesday.

The slow progress in the U.S. stimulus measure package attracted some buying in the greenback that dampened the hopes that financial aid will be delivered before elections. The statement by House of Representatives Speaker Nancy Pelosi that soon there will be pen to paper on the stimulus bill failed to impress investors, and the USD/JPY pair continued moving in the upward direction.

Pelosi even said that the stimulus package could be passed in the House before election day. Still, investors were somewhat unconvinced that the bill could pass through the Senate due to the strong opposition from Republicans over a bigger stimulus deal. This, in turn, weighed on risk sentiment and supported the Japanese Yen that ultimately capped further upside in the USD/JPY pair prices.

Apart from developments surrounding the U.S. fiscal stimulus, the USD bulls further took clues from the better than expected release of the U.S. initial jobless claims. The number of Americans filed for unemployment benefits declined to 787K during the previous week for the first time against the projected 860K and supported the U.S. dollar. The decline in unemployment claims means less need for a U.S. stimulus package and more strength for the U.S. dollar and USD/JPY pair.

On the data front, the C.B. Leading Index from the U.S. dropped to 0.7% against the expected 0.8% and weighed on the U.S. dollar. The Existing Home Sales advanced to 6.54M in comparison to projected 6.20M and supported the U.S. dollar. Another favorable economic data release gave strength to the U.S. dollar that pushed the USD/JPY pair even higher on grounds.

Meanwhile, the rising number of coronavirus cases across the globe and fears for economic recovery due to lockdowns imposed to curb the spread of the virus raised the safe-haven appeal, supported the Japanese Yen, and weighed on the USD/JPY pair to limit its bullish move on Thursday.

On Thursday, the U.S. Dollar Index measures the greenback against the six currencies’ basket surge by 0.4% to 92.97. The U.S. dollar index fell to its seven-week lowest level at 92.46 on Wednesday but recovered from there on the next day amid a strong U.S. dollar despite the talks for stimulus package continued. However, traders’ focus will now be shifted towards the final presidential debate between President US Donald Trump and his Democratic rival Joe Biden.

The USD/JPY traded dramatically bearish to drop from 105.460 level to 104.349 level. Like other pairs, the USD/JPY has also entered the oversold zone, and now sellers seem to be exhausted. On the higher side, the USD/JPY pair has reversed some of the losses to trade at the 104.700 level. On the higher side, the pair may go after the 38.2% Fibonacci retracement level of 104.900 and 50% Fibo level of 105. Let’s consider taking a buying trade over 104.350 area today. Good luck!