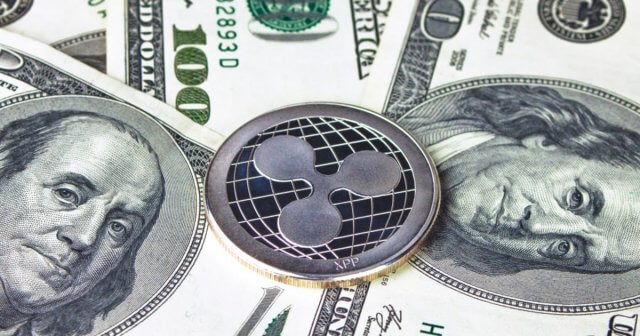 Another form of cryptocurrencies emerged as designers grew wary of regulatory gaps and volatility in crypto markets. Stablecoins are digital currencies whose value is pegged on national fiat currencies. They are designed to diminish the volatility of crypto assets.

Some stablecoins have their value pegged on other cryptocurrencies. Other coins are backed by asset-buying algorithms. Therefore, stablecoins can be backed by gold, a basket of fiat currencies, other crypto assets, and stable investment commodities.

The Ripple payment protocol has been in the markets since 2012, and we’ve had enough time to observe the rise and fall of the XRP currency. Ripple Labs enjoyed phenomenal, initial success in the markets because of its low-cost, global transactions that don’t allow chargebacks.

So, what is Ripple’s market position in contrast to stablecoins? Empower yourself by understanding the differences between traditional cryptocurrencies and stablecoins. How else will you make insightful investment decisions with long-term benefits?

Understanding the Rise of Stablecoins

The year 2020 saw a tremendous rise in the overall market cap of stablecoins, from $5.3 billion to $13 billion. The Coronavirus pandemic caused widespread volatility of assets, and investors moved to stablecoins in search of stability.

Investors prefer stablecoins because these currencies exist in environments that are free from speculation. Stablecoins maintain a value close to real-world assets, and you can predict your financial future with these assets.

With volatility out of the picture, stablecoins present the best investment options for folks pursuing decentralized finance. These digital currencies apply smart contracts, making them viable, more convenient replacements for banks and other third parties. You can save time and money by cutting out intermediaries.

Stablecoin providers are innovative, and they use algorithms to buy and sell assets for stability. The process is known as collateralization.

Bitcoin is an excellent example of cryptocurrency value fluctuations. In 2017, one coin was worth $5,950 in November, and the value skyrocketed to $19,700 just a month later. Bitcoins can fluctuate in over 10% of value daily.

The volatility of traditional crypto assets made them more viable for speculative investment and less suitable for daily transactions. Who wants to buy a bike with bitcoins today, only for the same amount of bitcoins worth a truck tomorrow?

Advantages of Stablecoins over Traditional Cryptocurrencies

Why Was XRP Overtaking the Crypto Markets?

The creators of Ripple wanted to develop a payment protocol that:

This protocol applies a digitally distributed ledger, and the network reconciles the ledger via independent validating servers. Since the network of randomized validators is vast, the Ripple protocol can validate numerous transactions in real-time.

You can receive payment notifications a few seconds after approving transactions.

Just a year after launching, Ripple’s payment protocol attracted banks, and the company has so far integrated the protocol with the networks of over 100 banks. The blockchain tech was impressive enough to get Ripple in MIT’s list of the smartest companies.

Ripple’s success was continually growing, and XRP became the most competitive currency after Bitcoin. It had amassed a market cap of $73 billion by the end of 2017.

Coinbase announced it would suspend the trading of Ripple’s XRP, and other major blockchain exchanges followed suit. This was a significant development that caused XRP’s value to drop drastically.

Major cryptocurrency exchanges are dropping XRP because of the legal conflict Ripple has with the SEC. Most of the exchanges are trying to go public, and Ripple’s issues with the SEC could cause rising expenses for firms like Coinbase.

The SEC charged Ripple for offering securities for over seven years without due registration. This financial regulator categorized XRP as security. The lawsuit caused the price of XRP to fall by over 50%.

Ripple’s leadership is also facing charges for failing to disclose crucial information that XRP buyers needed to assess their risks. The current and former Ripple CEOs are accused of distributing XRPs for non-cash consideration without duly registering XRP as a security.

Ripple is determined to fight the lawsuit, and it does not consider the SEC to have any regulatory jurisdiction over XRP. According to the network’s leadership, XRP is a currency and not a security. Still, the SEC insists Ripple must comply with federal laws meant to protect investors and consumers.

Exchanges risk court charges and law enforcement raids if they continue trading XRPs without registering as securities exchanges. Since the registration process is costly and time-consuming, crypto-asset exchanges would instead let the Sec and Ripple Labs face off in court.

But Ripple Labs is not the only subject of the SEC’s all-out war on cryptocurrencies. This federal agency also fined EtherDelta $400,000 for operating unregistered securities exchanges. The circumstances would have been worse, and EtherDelta settled with the SEC to avoid harsh penalties.

Airfox and Paragon Coin were not so lucky; they were charged for selling digital tokens in ICOs. The Sec found grounds to penalize them for violating registration requirements for ICO securities.

Did you think the regulatory force would be so impactful? Do you remember how effectively legislative committees were in silencing Facebook’s Libra? The legal environment is hostile for non-compliant blockchains.

Only Bitcoin seems resistant to government censorship, but it’s also the only one with an anonymous founding creator. We can’t say the same about Ripple’s XRP, and stablecoins will also be subject to government scrutiny. It’s only a matter of time.

However, blockchain technologies are secure, transparent, convenient, and cost-effective. Digital currencies offer irresistible benefits for users and investors. These fintech technologies will evolve to find legal compliance and global acceptance.

In the meanwhile, share your predictions on the reality of XRP’s quagmire in the comments section. Share this article with your friends who fancy cutting-edge technologies that make life easier.