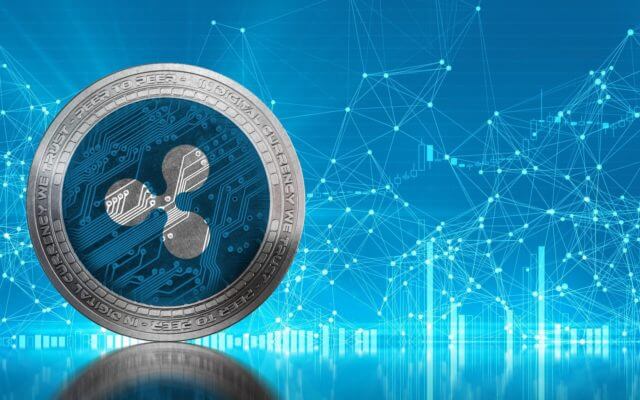 Ripple has long generated a lot of debate as to whether it’s even a cryptocurrency after all. Crypto enthusiasts and experts have always been at loggerheads on whether Ripple meets the tenets of a “real” cryptocurrency. One of these people is Anatoly Castella, CEO of Elpis Investments, who has gone on record to say Ripple’s XRP is “neither a digital fiat nor a real cryptocurrency,” and that it does not fall under the “purest interpretation of cryptocurrency.”

The 2000+ cryptocurrencies out there all derive inspiration from Bitcoin, the world’s first Bitcoin. Some of these cryptocurrencies strive to remain “true” to what exemplifies Bitcoin, e.g., running on a decentralized blockchain ledger, using cryptography to secure the network, transactions being carried out via mining, a finite supply of coins, etc.  But should a cryptocurrency take after each of bitcoin’s traits to be labeled as such?

Ripple was released in 2012 as a payment settlement, currency exchange, and money transfer network. Ripple’s goal was to circumvent the lengthy waiting processes and expenses involved in the traditional banking model. 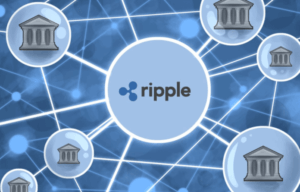 XRP is the native currency for the Ripple platform. The company has issued 100 billion XRP tokens, which the company promises to be the maximum number to ever be in existence, although some in the crypto community think Ripple may not adhere to this vow in the future. The XRP token is meant to be the bridge between currencies. It treats all currencies the same way –from fiat currency to gold to even airline miles, which makes it easier to exchange any currency for another.

As a cryptocurrency, Ripple has only recently achieved “mainstream” popularity. Traders and investors have long kept it at arm’s length, mostly due to its traditional makeup that reconciles crypto with fiat currency. For this reason, among others, some in cryptoverse have refused to recognize it as a real cryptocurrency. The question is, are they right? Let’s review some aspects of XRP that will help us answer this question.

XRP is More Premium on Blockchain

XRP was not designed to be a coin, at least in the sense of Bitcoin, Litecoin, etc. While Bitcoin, for instance, accords the cryptocurrency and the network both equal importance in security, speed, availability to all, and applicability, Ripple does not place too much weight on XRP as an investment-worthy security. Instead, it focusses on making the blockchain as robust and scalable as possible. This enables Ripple to enable seamless processes with its client organizations, e.g., the American Express and Santander Bank.

Unlike Bitcoin and other comparable cryptocurrencies, there is no mining or miners with Ripple. Most other cryptocurrencies utilize different mechanisms which accord varying levels of power to the miners. Proof-of-Work, Proof-of-Capacity, Proof-of-Stake are just some of the many consensus mechanisms used by cryptos to power transactions. However, Ripple transactions are powered via a “centralized” blockchain. The idea behind the centralized network is to make it more reliable and quick.

Again, with most cryptocurrencies, miners are motivated to conduct network transactions by being rewarded with the currency of the network. For Ripple, however, this is unsustainable. In a service built for the benefit of the banking establishment, it makes no sense to have a separate group with different incentives for running/maintaining the network.

The idea of mining and making the network open for any interested miners is to aid other cryptocurrencies to remain decentralized – with no central authority making the rules. While this has helped them stay true to the “spirit” of censorship-resistance, freedom from interference by corporates and governments, it also slows them down. This is something Ripple cannot afford. The no-mining aspect bleeds into other Ripple features as well, taking it further apart the standard.

Can XRP Be Minted on Demand?

In the majority of cryptos, miners are rewarded with cryptocurrency. This pretty much sums up how new crypto coins are released: by mining. Ripple has created 100 billion XRP already in circulation, which makes it nonvolatile for its clients.

This has led to some people in the crypto community to conclude the currency can be minted anytime – which is against the deflationary nature of cryptocurrencies. But this has been refuted by David Schwartz – one of the original architects of XRP ledger. In a Twitter post in November 2017, Schwartz stressed: “There was never any way to create additional XRP.”

He noted that the original code was prone to a malicious act that would conceivably allow someone to “violate system invariants” and add more XRP. But, they’ve since added an “invariant checker” that seals this loophole.

In other words, there is currently no functionality of adding XRP in the code. If, for any reason, new XRP needed to be printed, it would require a major amendment to the code and adoption into the whole network of validators.

Users have access to a Ripple wallet, but accessing the Ripple network is another matter altogether. In the case of Bitcoin, the blockchain network is controlled by Bitcoin users all over the world. By contrast, the Ripple blockchain is not open for all, because that would create risk for the otherwise sensitive environment.

And while XRP uses cryptography to protect participants, in essence, it’s protecting “trusted” parties registered on the network. This way, the cryptocurrency has the benefits of a blockchain ledger, but in a safer and walled ecosystem that lends it more efficiency and control. We could say Bitcoin is maintained by participants who have an incentive to continue doing so, but still, they could decide to shut off their computers and walk away. This event would put Bitcoin in a sort of a precarious position, something which Ripple has avoided.

Ripple is not a “real” cryptocurrency, at least by the standard definition. It is more of a solution than an asset. While other cryptos may fit in the asset mold – complete with the deflationary qualities of mining and volatility, which makes them attractive to investors – Ripple offers a platform that may, technically, be a “cryptocurrency,” but one which cannot be regarded as such by crypto hardliners.