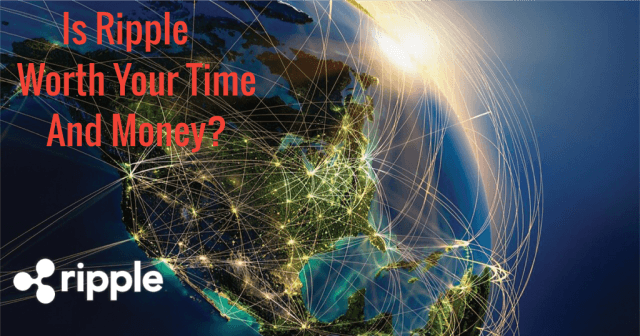 Ripple’s (XRP) 2020 performance has shown fluctuations similar to Bitcoin and Ethereum. While part of this performance trend may be attributed to Bitcoin’s overall influence on the crypto market, there are XRP-specific forces attributed to the trend. As an investor, it is worth looking at these forces and XRP’s overall outlook to establish whether this is a good time to buy Ripple.

This article will look at how XRP has been performing over the last 12 months and the factors that might shape its outcomes in the next several months.

A Brief Background on Ripple

Ripple was introduced in 2012 as a real-time gross settlement (RTGS) solution. It enables financial institutions to send money instantly in a secure manner across the globe and at cheaper rates than previously possible. Besides the payment infrastructure, Ripple has the XRP currency, which can be used for trading and investment.

XRP started the year at $0.92, and within two months, it had gone to a low of $0.34. In the next month of March, the currency fell to its lowest, exchanging at $0.14. During this period, both Bitcoin and Ethereum were also struggling to fetch competitive rates against the dollar. As such, it is safe to assume that XRP’s performance up to this point was largely a reflection of the economic outlook of the cryptocurrency economy.

From mid-March, XRP grew slightly and seemed to avoid fluctuations until August, when it shot up to $0.31. Again, this spike closely resembles trends observed on Bitcoin and Ethereum, where the two showed some of the highest figures in 2020. From August onwards, XRP has maintained an average of $0.25.

From XRP’s 2020 financial performance, we can conclude that external forces heavily influence the currency’s outlook in the cryptocurrency economy. Nonetheless, there are unique aspects that either make XRP a good choice for investment or make it a matter that should be put on the shelf in the meantime.

Besides the fair financial performance, Ripple has had a lot else going on – 2020 is the year RippleNet made numerous partnerships with banks and other financial institutions. The aim was to help these organizations achieve cheaper, faster, and more secure money transfers worldwide. Notable industry players such as Bank of America, HSBC, and Western Union have tested the solution giving it their vote of confidence.

Ripple is also increasingly being loved by regulators. The UK Financial Conduct Authority acknowledges XRP as a utility token – a privilege only previously granted to Bitcoin and Ethereum. In the US, Ripple is in good standing with the Securities and Exchange Commission. The currency is also available on all major exchanges, which further strengthens its brand. Positive news about Ripple has also contributed to an increase in the crypto’s appeal among the investor community.

2020 has been quite eventful for Ripple. 2021 might see an increase in activity considering that many of the partnerships the company announced will be maturing in 2021. When these partnerships finally take shape, we’re likely to see FOMO buying due to increased positive news about the currency. In such a case, prices will certainly surge, and predictions of XRP/US exchanges at $1 are not far-fetched.

We have also seen how Ripple’s performance follows Bitcoin’s trend. At the moment, Bitcoin is on the upward projectile, and this growth is likely to continue for several months. There have been substantial fluctuations between resistance and support, but each cycle since July sets a new high. Based on this history, it might take some time before Bitcoin reaches its ultimate resistance and prices start to crash. Since XRP trails Bitcoin’s performance, its investors might have even more time to decide if they need to jump out.

#1: It Solves Real-World Problems – Financial institutions have long struggled with transferring money fast and cheaply across the world. Currently, most cross-border money transfers are powered by SWIFT. But this messaging technology is slow and expensive. Ripple’s alternative solves these two age-old problems and thus, makes for a good competitor. The best way to create value, they say, is by solving people’s problems. As Ripple continues to address these challenges, we can only expect its value to grow.

#2: It Is Currently Affordable – Well, it’s not really affordable considering that it is not a commodity. However, the idea that you can get several hundred XPRs for just $100 is refreshing. As an investor, high volumes are usually satisfying. While XRP currently seems affordable, this might not be the case in the next year or so. Based on the analysis in this article, XRP prices are likely to shoot next year. Come 2022, and your $100 might only afford you 100 XRP.

#3: It’s Got a Huge Market Capitalization – So what does it matter? Market cap is a good indicator of the stability of a company. It does not guarantee anything, but a huge market cap suggests that the market is conservative. This is a good thing for investors with a low-risk appetite because they fancy markets that seem stable, albeit this comes with the promise to oneself that they will not expect anything more than modest returns. Ripple has the third-largest market cap (after Bitcoin and Ethereum).

#4: Ripple Has Professional Support – While hardcore crypto-enthusiasts think this is undesirable interference, it actually has many benefits. For instance, Ripple’s engineers always ensure the platform is stable. But perhaps, the greatest benefit of this “interference” is that Ripple Labs Inc. can promote the product to financial organizations. These marketing efforts will certainly promote the adoption of Ripple among financial organizations. The result will be a steady growth of the platform, including the XRP currency.

There are many sweet things we can say about Ripple. On the flip side, Ripple has some challenges that are worth highlighting.

Ripple has had a fairly impressive outlook so far. It has shown slow but steady growth in 2020. Although its price remains low compared to previous performance, there are all indications that the currency will become stronger in the coming year. There are several projects in the pipeline, as well as promote efforts to boost the platform’s adoption. It might take long before these results are realized. But all factors considered, there is good reason to believe that this is a good time to invest in Ripple.