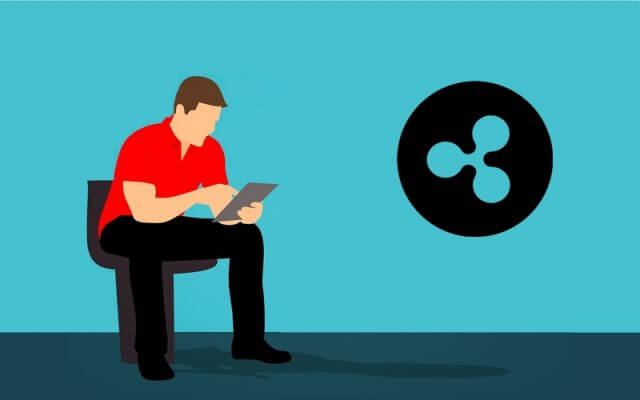 Introduced in 2012, Ripple aimed to facilitate seamless, fast, and cheap global money transfers. It is different from other cryptocurrencies in the way it works and what it aims to achieve. Bitcoin came as a digital currency and Ethereum as a smart contracts platform. But Ripple entered the scene as a payments infrastructure. Today, its digital currency is among the most popular – only surpassed by Bitcoin and Ethereum in market capitalization.

In this article, we take a deep dive into this fascinating cryptocurrency network. We will look at how Ripple works, its pros and cons, compare it with Bitcoin, and even look at how you can use it. Read on to find out more about Ripple.

We’ve just said that Ripple is different because it is a payment infrastructure. But what exactly is a payments infrastructure? In the interest of simplicity, let’s say it is any platform that facilitates the transfer of funds between individuals. For Ripple, this transfer happens in real-time and on an individual order basis. In other words, this network is a real-time gross settlement (RTGS) system.

Ripple was created by Ripple Labs Inc. Unlike another crypto, which is usually generated through mining, Ripple Labs created the entire 100 billion XRP that circulates within the network. The company, strangely, holds 55 billion of these.

While Ripple runs on open-source software, the network is not really decentralized – which the executives of Ripple Labs’ vehemently refute. The CTO is quoted saying that the XRP ledger existed even before Ripple Labs was founded, and that XRP will continue to circulate even if the company collapses. Cryptocurrencies are loved because they are decentralized. For Ripple, the company’s involvement in developing the network complicates the matter. Nevertheless, it remains the third most popular crypto going by total value of coins in circulation.

Ripple’s utility extends beyond sending crypto from one person to another – the company’s recent partnership with Banco Santander demonstrated its potential in facilitating RTGS in mainstream banking. According to the Financial Times, this partnership allows the bank’s customers to send money across the globe in different currencies. That said, Ripple is mainly used for currency exchange and remittances.

While the banking industry may be shy in adopting XRP because it’s volatile – like all other cryptos, it is likely to embrace Ripple’s payment infrastructure. Should that happen, Ripple will enable banks to make instant transfers and in different currencies while avoiding the high costs associated with SWIFT.

Ripple and Bitcoin are both blockchain-based technologies. This similarity should not make you think that Ripple is simply another cryptocurrency, just like Bitcoin. These two fundamentally differ in the following ways:

How to Use Ripple

Ripple can be used by both individuals and financial institutions. For individuals, it works like other cryptocurrencies – you can invest in it or use it to make payments. For banks, Ripple’s usefulness lies in its payment infrastructure technology. Let’s take a closer look at how the platform plays out in these two scenarios.

As mentioned above, you can invest in Ripple (XRP) or use it for payments – just as you would with any other crypto. For this, you will need a digital wallet that supports XRP. There is a good review of XRP wallets on this page. Secondly, you need to identify a reliable exchange from where you can buy XRP; Bitstamp, Kraken, and GateHub are good options. Most of the exchanges offer XRP/USD, XRP/EUR, and XRP/BTC exchange pairs. Also, most of them will deposit the purchased XRP on your account on that website. Always ensure you move the funds to your private wallet soonest possible.

Ripple was developed with banks and other financial institutions in mind. The aim was to make cross-border fund transfers fast, cheap, and transparent, which banks have been unable to achieve for decades.

Ever since, banks have been using SWIFT, an interbank telecommunication system, to send money across borders. SWIFT is expensive. Also, its transfers take about 1-4 business days to reflect. People seeking to make cross-border remittances have had to endure this reality for the last four decades. However, things are changing. Several major banks have seen the light and are now using Ripple’s messaging system to achieve the same function as SWIFT, but faster, more cheaply, and transparently.

Just like SWIFT, Ripple’s payment infrastructure does not hold any funds – it is simply a messaging system. This means that banks do not have to overhaul the entire remittance process when adopting Ripple, and thus, the switch to Ripple should be swift (no pun intended).

Having cheap, instantaneous cross-border transfers is everyone’s wish, but until all banks adopt Ripple’s platform, such transfers will have to stay on the wishlist.

Ripple is an original, fresh, and unique solution to the age-old problem of cross-border money transfers and, as a digital currency, an alternative to Bitcoin. We have seen that the crypto network is primarily focused on financial institutions. However, you can still use XRP to make payments or invest in it. So, if you are a crypto enthusiast, XRP is a good alternative to other altcoins.

For financial institutions, Ripple introduces speed, low-costs, and transparency in international money transfers. Many of the world’s largest banks have already tested its payment infrastructure – giving it the seal of approval that other financial institutions can rely on. Ripple promises faster and cheaper money transfers. However, we might have to wait for long as banks consider its adoption. Until then, we will have to endure the slow and costly SWIFT transfers.