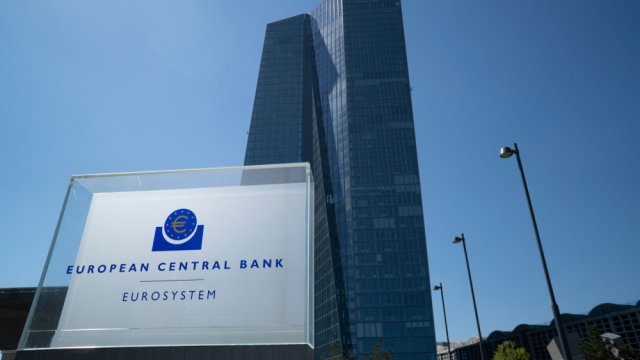 The U.S. Dollar Index (DXY) fell about 0.25% on the day to post the lowest close since May. Powell said that Fed might need to introduce more stimulus measures if the economic lockdown remains there for a long time. He also added that banks should prepare themselves for the bankruptcies of nonfinancial companies. Let’s keep an eye on U.K. Retail sales and ECB Monetary Policy Meeting Minutes.

The EUR/USD prices were closed at 1.09777 after placing a high of 1.09988 and a low of 1.09185. Overall the movement of EUR/USD remained bullish throughout the day. The EUR/USD pair remained near 1.1000 after the release of FOMC meeting minutes. The surge in the EUR/USD pair suggested that the pair might break its 7-week range and move further to earn more gains.

The FOMC minutes failed to impress the market as there was no surprise element in Powell’s presentation and was ignored by market participants. It was widely expected that the coronavirus outbreak would continue to weigh on the economy, and the economic outlook would remain somewhat pessimistic. Greenback holds onto its losses as there was no room for surprises in the minutes of the meeting.

On the data front, at 13:00 GMT, the Current Account Balance from the Eurozone showed a balance of 27.4B during March against 37.8B of February. At 14:00 GMT, the Final CPI from Eurozone for the year declined to 0.3% against the expectations of 0.4% and weighed on EUR. The Final Core CPI for the year came in line with the hopes of 0.9%.

At 19:00 GMT, the Consumer Confidence on the Eurozone economic condition showed a decline to 19 forms the forecasted decline of 23 and supported EUR. The market participants ignored the poor than expected CPI from Eurozone, and EUR got its support after the release of consumer confidence, which showed less decline than expected.

On Friday, the EUR/USD prices are holding at 1.0940 as these were facing strong resistance around 1.0993, which marks the triple top resistance level and can trigger selling in the pair. Conversely, the EUR/USD pair may find support around 1.0883, once the 1.0993 level gets violated. The MACD is recently forming selling candles, which suggests the trend of the sale in the pair. So the overall trading range can be from 1.0994 level to 1.0886. On Friday, we can look for selling trades under 1.0965 for 40/50 pips profit.

The GBP/USD pair was closed at 1.22225 after placing a high of 1.22495 and a low of 1.21855. Overall the movement of GBP/USD pair remained bearish throughout the day. The GBP/USD pair continued to follow its previous day’s trend of downward movement and dropped on Thursday as well. The decline in currency pair could be attributed to the increasing speculations that the Bank of England will consider to ease monetary policy further. The Governor of Bank of England, Andrew Bailey, said that he had changed his position into negative interest rates given the crisis.

He added that more easing measures from the Bank of England were more likely, but the interest rates were below on his priorities. He said that though it was not the time for negative interest rates, they could not be excluded from options.

Furthermore, on the lack of progress on trade talks with the European Union, the U.K. was driving its way towards no-deal Brexit. This raised fear amongst investors and raised uncertainty about the future relationship of Great Britain with E.U., making GBP weaker on the board. In the current context of coronavirus shutdown, the U.K. economy was already disturbed, and chances for an unfriendly exit from E.U. along with coronavirus would impact highly negative on the common currency.

On the data front, at 13:30 GMT, the Flash Manufacturing PMI from Great Britain showed a surge in Index with 40.6 points against the 35.1 of forecast and supported GBP. Sterling was also supported by Flash Services PMI, which exceeded the expectations of 24.1 and came in as 27.8. From the U.S. side, the increased Jobless Claims last week by 2.43M weighed on the U.S. dollar. However, the Flash Manufacturing PMI, which was key data on Thursday from the American side, came in support of the U.S. dollar when released as 39.8 against the expectations of 39.3.

The strong U.S. dollar on Thursday amid better than expected PMI data added in the downfall of GBP/USD pair.

The GBP/USD continues to trade within the same technical levels, which we discussed a day before. The Cable is facing resistance around 1.2269 level, and it continues to develop doji and bearish engulfing candles below 1.2269 zones, which has driven a bearish retracement in the Cable. On the lower side, the Sterling may find support against the U.S. dollar around 1.2170 level. The MACD and 50 EMA are supporting selling bias in the pair. Today, the release of U.K. Retail Sales m/m may help drive further movement in the market. Therefore, the bullish breakout of 1.2270 level can lead the Sterling prices towards 1.2360. While breakout of the support level of 1.2169 may lead the Sterling pair towards the 1.2080 support zone.

The exports from Japan showed a decline of 21.9% and imports by 7.2%, while overall trade balance showed a deficit and weighed on Japanese Yen. The weak JPY gave strength to the USD/JPY pair on Thursday.

However, at 18:45 GMT, the Flash manufacturing PMI from the U.S. for the month of May surged to 39.8 against the expected 39.3 and supported the U.S. dollar. The Flash Services PMI for May also exceeded to 36.9 from 32.6 of expectations.

The C.B. Leading Index for April was expected to be declined by 5.5%, but in actual, it showed a decline of 4.4% and supported the U.S. dollar. The Existing Home Sales remain flat with expectations of 4.33M.

Better than expected economic data from the United States gave strength to the U.S. dollar and moved USD/JPY pair in an upward direction to post daily gains. On the other hand, Fed Chairman Jerome Powell showed concerns about the economic indicators to hit their bleakest levels since the Great Depression. He said that the U.S. economy was facing a whole new level of uncertainty amid the coronavirus crisis.