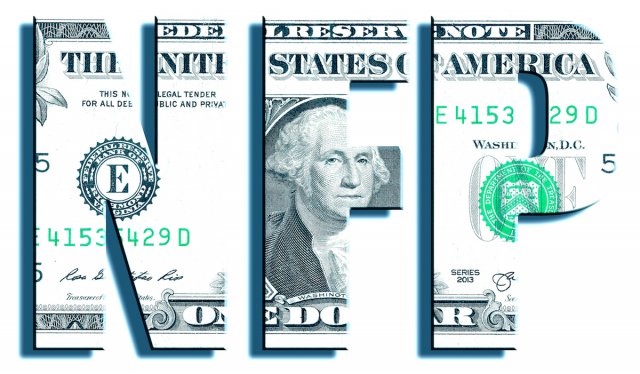 On the news front, it’s likely to be a busy day with most of the focus staying on the European Central Bank’s monetary policy meeting. ECB’s Main Refinancing Rate holds at 0%, and So far, the ECB isn’t expected to change it. However, we need to closely monitor the Press conference as the hawkish or dovish remarks from President Christine Lagarde can drive price action in the EUR/USD pair today. Besides, the dollar may stay supported ahead of the NFP figures coming out on Friday.

The EUR/USD currency pair continues to draw bids and hit above the new three-month high of 1.1370 marks as the investors continue to cheer the bigger-than-expected coronavirus emergency purchase program (PEPP) announced by the European Central Bank (ECB) on Thursday to boost the economic recovery. The ECB expanded PEPP by EUR600 billion. On the other hand, the broad-based U.S. dollar modest strength turned out to be one of the key factors that kept a lid on any additional gains in the pair, at least for now. The EUR/USD is trading at 1.1368 and consolidates in the range between the 1.1325 – 1.1377. However, the traders seem cautious to place any strong position ahead of the German Factory Orders.

At the data front, the German Factory Orders are scheduled to release at 06:00 GMT, which is expected to drop by 19.7% month-on-month in April, having fallen 15.6 in March. On an annualized basis, the industrial orders dropped by 7.4% in April.

Despite the predictions of a sharper drop in the Factory Orders, the shared currency continues to draw bids, backed by the hopes of coronavirus emergency purchase program announced by the European Central Bank (ECB).

On the other hand, the IHS Markit’s German Purchasing Managers’ Index (PMI) for manufacturing was revised downwards to 36.6 in May from the preliminary figures of 36.8, even after it improving slightly from April’s 34.5. The Germany manufacturing sector continued to weaken last month, possibly due to the weakening demand triggered by the coronavirus pandemic. Manufacturing production was already down 7-8% from a peak in late 2017 even before the onset of the pandemic, and now that figure looks to be in the region of 25-30%,” IHS Markit reported.

The decline in the German Factory Orders by the big margin could push the EUR/USD currency pair lower below 1.1300. As well as, if the U.S. dollar takes bids on the worsening market mood, the currency pair extend further declines towards 1.1243 (5-DMA). For now, the traders are waiting for the U.S. NFP data tp drive market movement.

The EUR/USD continues to trade bullish around 1.1360, heading towards the next resistance level of 1.1450 level. The European Central Bank policy decision drove a recent jump in Euro, and now the U.S. NFP will be taking over the game during the U.S. session. So, we can expect EUR/USD to face a strong hurdle around 1.1450 level along with support level around 1.1247. The 50 EMA is suggesting bullish bias along with the MACD indicator, which is holding and forming histograms over the 0 level. Let’s look for buying positions above 1.1298 level today and selling below 1.1458.

The selling bias in GBP was due to a lack of progress in the current round of Brexit negotiations on the future relationship. The 4th round of talks will end on Friday, and more chances for no-deal persists in the market as hopes for mutual concessions on fisheries and trade came and went throughout the talks.

However, the U.K. risk of falling to world trade organizations rule instead of having a deal with E.U. has been increased as BoE issued notice to be prepared for the worst-case scenario I,e no-deal Brexit. These fears amongst investors related t no-deal Brexit also kept the British Pound under pressure on Thursday and caused the early drop of GBP/USD pair.

Another factor involving in the downward movement of GBP/USD pair in the early trading session was the poor than expected Construction PMI from the U.K., which dropped to 28.9 in May from 29.5 of expectations and weighed on GBP.

But in later sessions after the release of American economic data, the pair started to rise again and started following its previous day’s trend. At 17:30 GMT, the Unemployment Claims for last week were reported as 1.88M from the U.S. against the expected jobless claims as 1.82M and weighed on the U.S. dollar. The Revised Nonfarm Productivity for the quarter dropped to -0.9% against the forecasted -2.5% and weighed on the U.S. dollar.

At 19:30 GMT, the Trade Balance also showed a deficit of 49.4B against the expected deficit of 41.5B in April and weighed on the U.S. dollar.

The weakness of the U.S. dollar on Thursday gave a push to GBP/USD, and it started to move in an upward trend again. On the other hand, racial tensions in the U.S. were calmed a bit after the three additional police officers involved in the murder of George Floyd were filed with charges. However, the unrest was primarily ignored by the market participants despite its potential impact on the U.S. elections.

On Friday, the GBP/USD continues trading bullish to reach at 1.2650 levels, having violated the triple top level on the 4-hour timeframe. The GBP/USD pair has formed an upward regression trend channel, which is supporting further buying in the Cable.

Continuation of a bullish trend can lead to GBP/USD prices towards the next resistance level of 1.2690 level. Above this, the next resistance holds around 1.2765 level. Conversely, the support is likely to be found around 1.2605 and 1.2550 level today. Let’s look for buying over 1.2605 level ahead of NFP data today.

The USD/JPY pair was closed at 108.899 after placing a high of 108.980 and a low of 108.420. Overall the movement of the USD/JPY pair remained bullish throughout the day. The USD/JPY pair extended its previous day’s gains and rose above 108.900 level pacing a high since April 9 on the back of increased risk appetite. The risk-on market sentiment weighed on safe-haven Japanese Yen and pushed the USD/JPY pair above multi week’s highest level.

The U.S. dollar index slipped to its three-month low level due to increased global risk sentiment after the hopes for faster recovery increased due to easing lockdown restrictions. The DXY fell to 97.19 low from 97.63 on the day. Despite the drop in the U.S. Dollar Index, the pair USD/JPY managed to post gains on the back of the strong U.S. equity market.

On the other hand, China’s headlines stopped buying U.S. farm goods and were proven false after the reports suggested that Chinese state-owned firms bought U.S. soybean cargo this week. This raised the optimism that US-China worries would become less. It was also supported by the comments from U.S. Senator Grassley, who said that the US-China trade deal was on track.

Meanwhile, at 17:15 GMT, the US ADP Non-Farm Employment Change for May showed a decline in the number of jobless people to 2.76M from the forecasted 9.0M and helped the U.S. dollar to gain traction. At 18:45 GMT, the Final Services PMI from the U.S. came in line with the expectations of 37.5. At 19:00 GMT, the ISM Non-Manufacturing PMI showed a surge to 45.4 from the expected 44.2 for May and supported the U.S. dollar. The Factory orders in April were declined by 13% against the expected decline of 13.7%. Let’s brace for the U.S. Nonfarm payroll data today.

On Friday, the USD/JPY bullish bias continues to drive buying to lead the pair towards 109.350 level. The USD/JPY pair is now breaking above 109.280 level, and above this, the next target is likely to be found around 110. The 50 EMA and MACD both are supporting the buying trend in the USD/JPY pair, and it can lead the USD/JPY prices further higher today. On the lower side, the support holds around 108.640, but the recent bullish engulfing candle and upward price action in the safe haven pair can drive further buying in the USD/JPY pair. Let’s look for buying over 109 levels today. All the best for today!