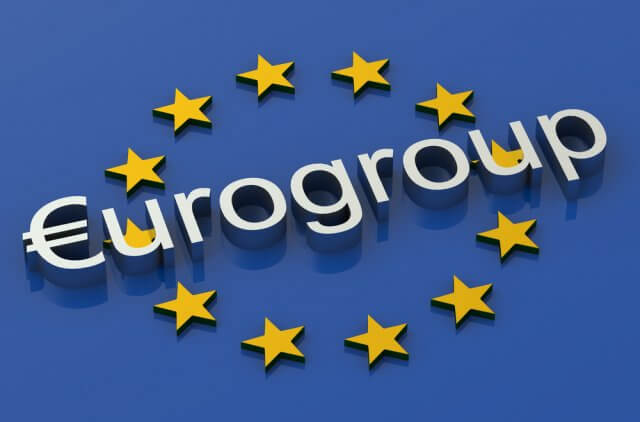 On the news front, the market will be focusing on the Eurogroup meeting, which is usually held in Brussels and attended by the Eurogroup president, Finance Ministers from euro area member states, the Commissioner for economic and monetary affairs, and the President of the European Central Bank. The agenda will be to discuss upcoming policies considering the economic slowdown driven by the coronavirus. Besides, the U.S. Unemployment Claims will also remain in the highlights today.

The EUR/USD pair was closed at 1.13753 after placing a high of 1.14222 and a low of 1.13214. Overall the movement of the EUR/USD pair remained bullish throughout the day. The EUR/USD pair rose to its three months highest level on Wednesday after the Federal Reserve’s monetary policy decision. The currency pair crossed the level of 1.1400 on the back of broad-based U.S. dollar weakness that day.

The Fed left its interest rates unchanged at 0-0.25% on Wednesday and projected a contraction of 6.5% this year along with the unemployment reaching 9.3% for this year. Furthermore, the bank has shown its commitment to support the credit flow to household and business by increasing its Treasury security purchases.

Though negative interest rate was not expected from the Fed but taking the pledge to keep the interest rates at low near zero until market participants did not expect 2022, this moved the investors to sell the U.S. dollar, which in turn gave a push to EUR/USD pair.

Adding in the upward movement of EUR/USD pair on Wednesday was the poor than expected economic data from the U.S. At 17:30GMT, both CPI & Core CPI readings from the U.S. came in as -0.1% against the expected 0.0% during May and exerted pressure on the U.S. dollar. AT 23:00 GMT, the Federal Budget Balance showed a deficit of 398.8B against the expected deficit of 580.0B and weighed on the U.S. dollar.

On the other hand, at 11:45 GMT, the French Industrial Production was dropped by -20.1%against the expected -10.0% during April and weakened Euro. Furthermore, On Wednesday, the European Commission said that Russia and China were running targeted influence operations and disinformation campaigns in the European Union and its neighborhood and also around the globe.

The EUR/USD continues to trade sideways in a narrow trading range of 1.1400 – 1.1348 level, and right now, it seems to test the lower boundary of this range. On the lower side, the next target level appears to be 1.1270. Currently, the pair is facing immediate support around 1.1340 level, and closing of candles above this level may lead the EUR/USD prices to further lower towards 1.1400. The 50 EMA is also suggesting a bullish bias for the EUR/USD pair as the pair has closed a Doji candle right above the EMA. On the higher side, a violation of 1.1400 resistance can lead to EUR/USD prices until 1.1465. Odds of bullish bias remains solid today.

The GBP/USD pair was closed at 1.27457 after placing a high of 1.28130 and a low of 1.27060. Overall the movement of GBP/USD pair remained bullish throughout the day. The currency pair GBP/USD continued its bullish trend for the 10th consecutive day and maintained its bullish streak on Wednesday on the back of the latest monetary policy decision by Federal Reserve.

On Wednesday, the U.S. Fed announced its monetary policy decision in which it held its interest rates on the same level near zero and did not go for negative interest rates. However, the Fed also announced to hold the interest rates at the same level until the end of 2022. Federal Reserve also announced that over the coming months, it would increase the holdings of Treasury securities and agency residential and mortgage-backed securities at the current level to support the credit flow to households and businesses. This all was decided to sustain smooth market functioning and defend the U.S. economy.

Additionally, the Open market Desk will continue to offer large-scale overnight and term repurchase agreement operations. The Committee will keep a close eye on market conditions to adjust its plans as needed.

The DXY fell off from 96 levels and was down by 0.5% on Wednesday, the dovish statement from Fed weighed on the U.S. dollar and hence, GBP/USD pair reached near 3-months highest level.

On the other hand, Brexit trade negotiations did not go well between the U.K. and Brussels, and the U.K. wanted to reach an agreement with the E.U. this year. There are no chances of even any progress in trade talks with the deadline to seek an extension coming closer day by day.

According to the boss of the U.K.’s most influential business group, the CBI, U.K.’s economy was not ready to withstand the additional disruption of no-deal Brexit. The furlough scheme and grants will end at once, and then thousands of businesses and millions of jobs will likely hit the water. A CBI member, Carolyn Fairbairn, said that British firms do not have the resilience to cope with leaving the European Union without any deal after the losses of the coronavirus crisis.

On Wednesday, GBP/USD prices rose above the level of 1.27710 but dropped below it and continued moving in a confined range. The surge in prices was due to the broad-based U.S. dollar weakness after the Fed’s statement and economic data release. At 17:30, The CPI & Core CPI for May from the U.S. showed a decline of 0.1% against the expected 0.0% and weighed on the U.S. dollar. The weak dollar pushed GBP/USD pair on the higher level.

The GBP/USD pair is trading with a bearish bias at 1.2650 level ever since it has violated the upward channel on the lower side. On the 4 hour timeframe, the Cable has closed a strong bearish engulfing candle, which suggests a dominance of sellers in the market as this can trigger selling until 1.2625 level. Immediate support can be found around 1.2625, while a breakout of this can trigger more selling until the next support level of 1.2582 level. Let’s look for selling trades below 1.2690 level today.

The USD/JPY pair was closed at 107.123 after placing a high of 107.872 and a low of 106.987. Overall the movement of the USD/JPY pair remained bearish that day. AT 4:50 GMT, the Core Machinery Orders from Japan for April dropped to -12% against the expected -7.5% and weighed on Japanese Yen. The PPI for the year from Japan was declined by 2.7% against the expected decline of 2.4% and exerted pressure on JPY.

On the other hand, at 17:30 GMT, the CPI and the Core CPI during May from the United States was dropped to -0.1% from 0.0% of expectations and weighed on the U.S. dollar. The Federal Budget Balance for April was declined by 398.8B against the expected 580.8B.

The poor than expected CPI & Budget data from the United States on Wednesday weighed on the U.S. dollar, which dragged down the USD/JPY pair with itself. Furthermore, the dovish statement from the Federal Reserve will keep its interest rates on hold at a level near zero until the end of 2022. U.S. economy was not in good condition, and the projections made by the Fed about the economic contraction this year was 6.5% and of unemployment to be raised by 9.3.

Fed reduced its interest rates in March to near zero amid coronavirus crisis and said that until the economy was back on track Federal Reserve has pledged to maintain low rates. Fed has provided trillions of dollars to its financial system, Treasury purchases to support business, state, and local governments. It also started a new program to lend to small, medium-sized firms. Wall Street, major indices such as the S&P 500 and Dow Jones Industrial Average were negative that day, and the U.S. dollar index also fell to fresh three months low against major currencies.

The USD/JPY is trading sharply bearish below 107.100 level, having violated the upward trendline at 107.600. Below this, the pair has a great potential to go for a 107.08 level, while a bearish breakout of 107.082 can dip further until 106.770. On the 4 hour chart, the MACD, and RSI, both are holding in the selling zone, demonstrating that there’s further room for selling in the USD/JPY pair. Let’s consider taking selling trades below 107.33 today. Good luck!