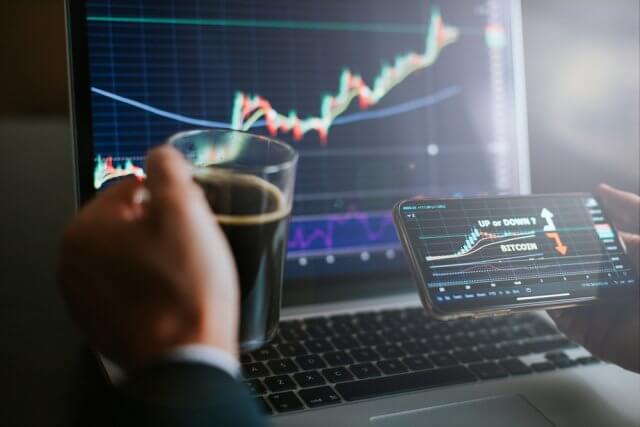 On the news front, the Eurozone and Switzerland may release a series of low impact events, but they are expected to have a muted impact in the market. The market will be looking towards the new signals about the recovery fund from the meeting of euro-area finance ministers on the coming Thursday before E.U. Summit on 17-18 July.

The EUR/USD pair was closed at 1.13084 after placing a high of 1.13454 and a low of 1.12407. Overall the movement of the EUR/USD pair remained bullish throughout the day. The EUR/USD pair extended its previous day gains and rose for the second consecutive day towards the nine-day highest level near 1.13460 level on the back of improved risk-sentiment and weak U.S. dollar.

Investors followed the release of Retail Sales from the E.U. and gave a push to Euro, which ultimately raised EUR/USD prices on Monday. However, the negative data from German factory orders and Sentix investor confidence capped the additional gains in EUR/USD pair.

On the U.S. dollar front, the Final Services PMI rose to 47.9 from the expected 47.0. The ISM Non-manufacturing PMI was also raised to 57.1 from the forecasted 50.0 and supported the U.S. dollar, which also limited the EUR/USD pair’s bullish move on Monday.

U.S. & Global equities surged on Monday on the back of improved U.S. Services sector data. The data showed that the U.S. services sector was regaining its pre-pandemic position. The rising global equities, including S&P 500 futures that raised almost 1.5% on Monday, pushed the risk-on market sentiment and raised EUR/USD pair. Despite positive data from the U.S., the U.S. dollar was weak across the board due to risk-on market sentiment. The U.S. Dollar Index was down by almost 0.5% at 96.852 level.

The market will be looking towards the new signals about the recovery fund from the meeting of euro-area finance ministers on the coming Thursday before E.U. Summit on 17-18 July. As Germany has the six-month rotating presidency of the European Union, It will arrange the consensus about the structure of the COVID-19 recovery fund.

The GBP/USD pair was closed at 1.24918 after placing a high of 1.25202 and a low of 1.24560. Overall the movement of GBP/USD pair remained bullish throughout the day. The GBP/USD was moving on the upside track on Tuesday but faced too much resistance. The investors were cautious about placing any strong position in the market due to Brexit negotiations that have resumed in London.

This time, the negotiations were face-to-face, and traders were hopeful that a Brexit deal could be secured, which raised the bars for British Pound in the market. However, the stakes were also high after the last round of talks ended a day earlier last week in Brussels because of profound differences between both parties.

E.U. chief negotiator Michel Barnier said that serious divergences remain, but it would be too early to say that chances of trade agreement had fallen. Even if a deal were secured, the risks of the economic impact would be significant, which will be priced into the pound.

On the other hand, U.K. chief negotiator David Frost said that while the talks continue to be constructive, there were still significant differences between the U.K. & E.U. It was a chance to have some further discussion to see what progress might be made. Britain wanted to see if there was a chance for progress in talks with the European Union this week after last week’s round of Brexit negotiations ended a day earlier due to significant differences between both sides.

However, some speculations that the U.K. could sign up to the E.U.’s compromise requests initially, with a warning, would move away from them in the future in the knowledge that the E.U. would respond with tariffs.

On the data front, at 13:30 GMT, the Construction PMI from Great Britain came in as 55.3 in June against the expected 46.0 and supported British Pound. At 13:34 GMT, the Housing Equity Withdrawal for the first quarter came in as -5.1B in comparison of the previous -5.0B and gave almost null-effect to GBP.

On late Tuesday, the British finance minister Rishi Sunak announced that he would spend 3 billion pounds to create green jobs and increase the energy performance of public buildings to kickstart the economy. This announcement helped British Pound to gain traction in the late Tuesday session and raised GBP/USD.

Meanwhile, the U.S. dollar was under pressure in the risk-on market sentiment as the reports came in about failure to contain coronavirus from many countries like India, Mexico, and specifically the United States. Weak U.S. dollar added in the upward movement of GBP/USD pair on Tuesday.

The USD/JPY was closed at 107.391 after placing a high of 107.770 and a low of 107.255. Overall the movement of the USD/JPY pair remained bearish throughout the day. The USD/JPY pair rose in the first half of the day but failed to stay at upside track and reversed its direction in the second half on the back of weak U.S. dollar in improved risk sentiment after the release of better than expected U.S. Services Sector data.

The Non-Manufacturing PMI released from the ISM showed that the United States’ services sector was improved in June. It raised the U.S. equity market across the globe and added in the risk sentiment of the market weighing on the U.S. dollar, which dragged the USD/JPY pair on Tuesday towards the downside. The U.S. Dollar Index that measures the value of the U.S. dollar against the basket of six currencies dropped more than 0.5%, while U.S. 2-year Treasury yield was stuck at 0.16% and 10-year treasury yield fell from 0.71% to near 0.68%.

The positive data from the market was cheered by the investors as it indicated signs of economic recovery on the back of measures taken by the central banks from across the globe. The fact that global governments were restrained from imposing lockdown measures for the second time and preferred to contain the outbreak at the regional and local levels has helped recover the economy.

On the trade front, the U.S. Chamber of Commerce and 40 other trade associations advised the top U.S. and Chinese officials to redouble efforts to complete phase one trade deal despite the coronavirus crisis. On Monday, in a letter to U.S. Treasury Secretary Steven Mnuchin, US Trade Representative Robert Lighthizer and Chinese Vice Premier Liu He, the group said that the development in trade deal vows fortified them. Still, they called for a substantial increase in China’s purchases of U.S. goods & services.

On Coronavirus front, in the first four days of July, the 15 states of the U.S. reported a record rise in the new cases of COVID-19. Meanwhile, India, Australia, and Mexico also reported record increased number of infection cases on Monday. India beat Russia and became the country with the third-highest number of cases in the world after 25,000 new infections were recorded in a day.

The USD/JPY is trading with a bearish bias of around 107.560. On the two-hourly charts, the USD/JPY is gaining bullish support from the regression channel. Channel is expected to support the USD/JPY pair around 107.420 while crossing below this level can open up further room for selling until 107 and 106.850 level. The 50 EMA will also be supporting the Japanese pair at 107.300 level. However, the MACD and RSI are suggesting selling bias. Let’s keep an eye on 107.400 level to buy above and sell below this level. Good luck!