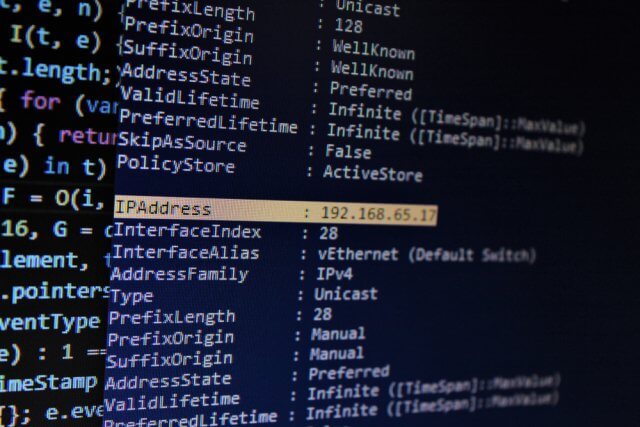 The advent of the Internet and the rapid growth of technology over the years has dramatically changed the way we define development and living standards. The number of literate people nowadays do own an electronic gadget with access to the Internet. It was not the case long before, but now access to the Internet is seen as a growth measure for countries. Understanding the IP addresses count as a means to assess how developed a nation is fascinating to acknowledge and look back on how the Internet changed the world.

What is an IP Address?

Each electronic gadget with internet access has a unique identifier called its IP address. An analogy would be like the “from” address in a post letter. Successful transfer of to-and-fro of data from mailer to recipient is possible when “from” and “to” addresses are clear. The unique address of your computer machine is used to relay data across a network in either direction.

The majority of the networks today use TCP/IP (Transmission Control Protocol/Internet Protocol) as a means to communicate with other machines over a network. The unique identifier for a computer is known as its IP address.

There are two standards for IP address: IPv4 and IPv6 (v stands for version). All computers have the IPv4 address, and it is the prior version consisting of (24 =32 bit binary digits). At the same time, it will soon exhaust all possible combinations as more people start accessing the Internet. A sample IP address would look like “138.23.45.23” this. The IPv6 (26 = 128-bit binary digits) is the later implementation that came into the picture when we realized the limitation of IPv4 as the Internet was not an immediate trendsetter during its initial launch. The IPv6 will have six numbers as part of the address and would look something like “12.158.23.61.3.23” this.

How can the IP Addresses numbers be used for analysis?

Ten-twenty years ago, this article would be invalid as the Internet’s popularity grew exponentially until today to become an indispensable part of most economies. The Internet is now the primary source of information and communication. In today’s world countries, where the majority of people do not have access to the Internet are seen as third-world countries. It is a meaningful inference, though. Countries that have high literacy rates are bound to be aware of the Internet, computers, and similar electronic gadgets. People are rapidly incorporating technology all across the world and, through the Internet, are more connected than ever before.

Even if we look at the statistics and see the countries with one of the highest number of IP addresses are generally the most developed nations. Likewise, countries with the least number of IP addresses are generally underdeveloped nations. As more people are educated, have enough money to own a computer or electronic gadget, and have access to the Internet are likely to have a better living standard than those who do not.

One likely drawback of this type of inference would be that the IP address count is also a function of the population. Countries like India or China that have a large population count would easily surpass those who have a relatively small area of land and population. In that case, a percentage of the total population could be used to compare how many people have access to the Internet. In this digital age, the Internet is a powerful tool to incorporate new technologies, take advantage of access to external resources, and rapidly grow.

Businesses that do not have a “.com” are typically seen as not an established brand themselves. A digital presence of a business is almost mandatory as it has become one of the primary sources through which people know about the company. People, businesses, corporations, and governments are all accessible to us via the Internet. Hence, IP addresses count can give us more insight into how developed a country is than we think.

For instance, Bangalore, a city in India, is nowadays referred to as the Indian Silicon Valley due to a massive number of IT and Software companies operating as a primary business center there. With India incorporating electronic gadgets and the Internet (3G, 4G, and now 5G soon) boosted the economy, providing rapid growth and for consecutive years had one of the highest GDP growth rates globally. In this sense, the IP address count trend can be used to forecast growth trends in other developing countries.

Internet is a gold mine, companies like Facebook, Google have a net worth in billions, and the traditional definitions of large businesses do not apply to internet giants. Making proper use of the Internet and the available resources can potentially help in earning huge revenues. Even currency or stock trading are all done online for which we need internet access. Even this very article you are reading requires an internet connection and a computer (or a mobile) to begin-with.

The IP address count of countries serves as a general measure of prosperity. The relative growth of countries by the count and percentage share can be used to understand how open and adaptive countries are to the latest technologies. The countries with increasing IP addresses are likely to undergo a transformation and achieve high economic growth. We can forecast long-term trends through these statistics due to which it is a low-impact leading economic indicator as currency markets focus on current economic trends.

The global count of IP addresses across countries is available through an internet company known as Akamai. However, the quarterly consolidated and graph plots of these statistics of most countries are available on Trading Economics.

That’s everything about IP Address Forex fundamental driver. It is obvious that there won’t be any impact on the price charts after the news release of this economic indicator. Cheers!