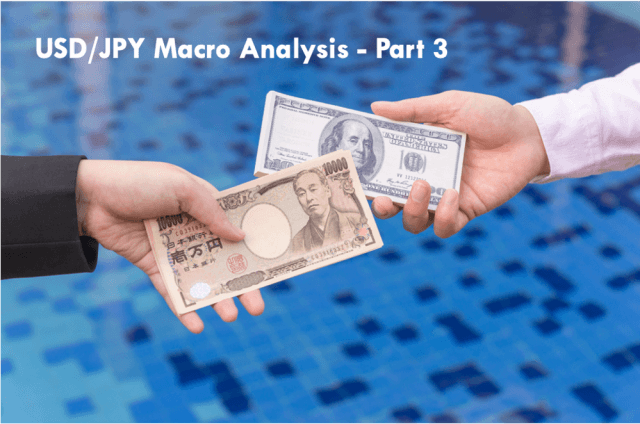 In the exogenous analysis, we will analyze economic indicators that exhaustively compare the performance of the US and the Japanese economies. These factors impact the dynamic of the USD/JPY pair in the forex market. They include:

US and Japan interest rate differential

The interest rate differential is the difference between the interest rate in the US and that of Japan. Investors would prefer to invest their funds in a country that offers higher returns. Furthermore, carry traders are often bullish on the currency with a higher interest, which ensures that they earn higher yields.

Balance of trade determines whether a country has a trade surplus or deficit in international trade. A trade surplus results from a country’s exports being of higher value than that of its imports. A deficit occurs when the imports are of higher value than exports. Japan mostly exports machinery and electronics, which puts it at a significant advantage due to the value of these goods. On the other hand, the US is a net importer.

The balance of trade differential between the US and Japan has been widening in favor of Japan. Based on our correlation analysis with the USD/JPY, we assign it a score of -6. It means that if this trend persists, we expect the USD/JPY to be bullish in the near term.

The difference in the GDP growth in the US and Japan

Although the US has a higher GDP than Japan, we can compare the two economies based on their growth rates.

The total score from the exogenous analysis of the USD/JPY pair is -2. This implies that in the near term, we should expect a bearish trend in the pair. 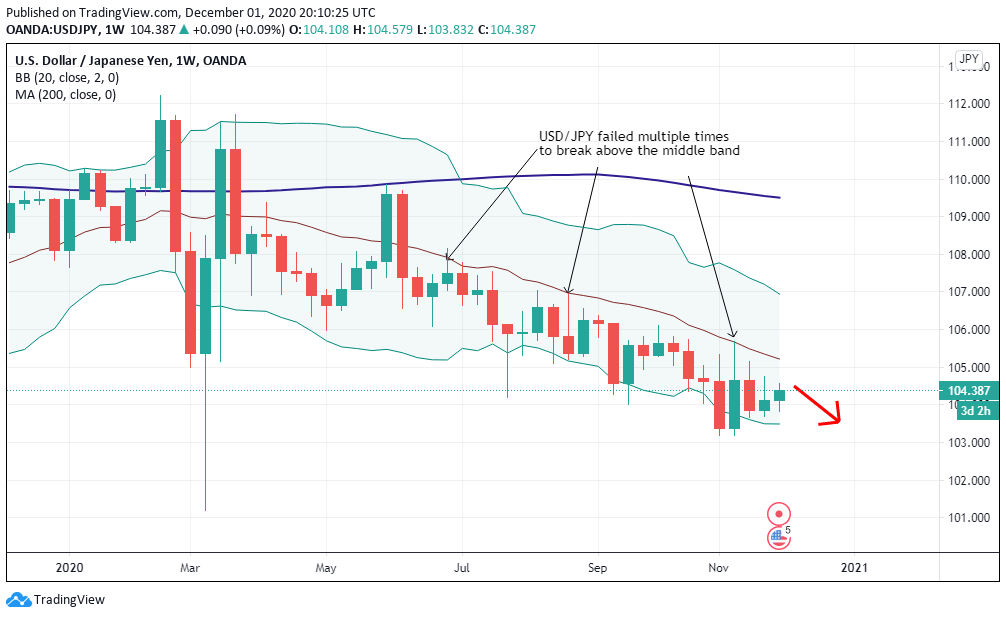 Technical analysis of the USD/JPY pair shows that the weekly chart is still trading way below the 200-period MA. Furthermore, the pair has failed to successfully breach the middle Bollinger band, which has served as its resistance level. All the best!