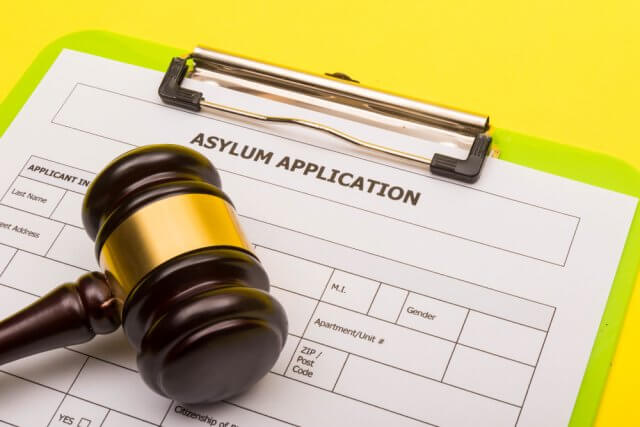 People from war-ravaged countries seek refuge in neighboring countries for their protection and survival. There are countries where military conflicts, wars, and political tensions were so adverse that people had to leave their homeland to go to an entirely different country to protect their life and survive barely. An understanding of the refugee movements, the price neighboring countries pay, and the corresponding economic impacts for the host countries is worth knowing.

What are Asylum Applications?

It is essential that we first clarify the fundamental differences between the terms refugee, migrant, asylum seeker before we understand asylum applications.

Refugee: They are the people fleeing from their home country to neighboring countries due to armed conflict, political wars, and persecution. Their conditions are so adverse that the only way to save their life is to seek shelter in neighboring countries. The prospect of a career, financial independence are out of the question, and it is just a matter of survival for these people.

Migrants: These are the people who move out of their country of origin in pursuit of a better standard of living and to improve life quality. The reasons can include better education, finding work, or reuniting with families. Unlike refugees, migrants can return to their native safely. Migrants are subject to the immigration laws of the recipient countries.

Asylum seekers: Asylum seekers are people who have claimed to be a refugee, but their status has not been yet evaluated. This individual would have applied for asylum (place to stay) because he/she will be persecuted if returned to their homeland. Not all applicants will qualify as a refugee but will have to go through the due process to become one. Asylum applications refer to the number of people who have come from other countries to seek asylum in the host country.

How can the Asylum Applications numbers be used for analysis?

War-ravaged countries primarily produce refugees in such large numbers that the neighboring countries would need to provide aid by providing protection, shelter, food, clothing, and water. The provisions for these asylum applicants would have to be provided by the local and central Government. Based on the available resources that can be dispensed to provide aid, countries may choose to close their gates and refuse entry too.

It is difficult to give accurate estimates of the effect of asylum applications on the economy due to lack of before and after data estimates. Some researches have shown poorer host countries have had a negative impact while developed nations have had zero or some positive impact. It has also been found that the applicants have actively sought work to improve their living conditions in the host country.

It is worth noting that the countries from which people flee are often surrounded by countries of similar economic strength, meaning the host countries are also underdeveloped nations. For such countries hosting a large influx of asylum seekers would also be burdensome and negatively impact their economic conditions. Only in a few cases, there are scenarios that people have sought asylum in a developed nation. Most of the time, people move to a developed nation as migrants to seek better work and not as a refugee.

Some researches have also shown that the funds received through the relief providing organizations and programs like the World Food Program (WFP), which provide in cash or directly food, add to the income of the host country, thus boosting the economy. Adding people into the host country also increases consumer demand, as well as revenue generated through the refugees who have found work also boosts the economy.

The influx of the refugee is generally small and lies on the border sides of the country. The overall impact on the economy is many a time negligible and is significant only when the host country is a small economy in itself and is underdeveloped. The way the host country’s Government manages refugee situations also determines whether they lose or benefit out of it.

Only when the influx of asylum seekers increases suddenly due to an overnight development of some critical situations is the effect felt on the host country. Under such circumstances, the host country may need to allocate resources to provide aid, which would impact the Government spending budget. The more the funds allocated for such rescue programs, the lesser the funds available for the Government to spend on economy-boosting activities.

Large scale influx of asylum seekers can also add to unemployment in either the refugee camps or the jobs taken away from host country citizens by the refugees. Refugees are desperate for work and would offer their labor at a very minimum rate compared to the citizens of the host country. All these effects come into play during extreme war-like situations in neighboring countries; otherwise, the economy comes to a natural equilibrium in due time with negligible impact.

The impact of Asylum applications on economy and currency is not always clear due to lack of sufficient before and after scenario data. Asylum application data comes into use during critical times when we are trying to trade currencies of the host or the crisis countries. Any volatility in the market created would be through the general market sentiment reacting to the news and not from the statistics.

Hence, asylum applications are a low-impact indicator that is only useful in critical times for data gathering and analysis. Therefore, the currency markets overlook it as they would have priced in any economic shocks presented through media ahead of the statistics.

The United Nations Refugee Agency (UNHCR) publishes monthly reports on asylum application count as and when they receive reports from the Government authorities of different countries. The consolidated data of the same reports are also available on Trading Economics.

We can find refugee briefs on UNHCR official website for reference and latest updates on refugee migration. Asylum Applications for available countries are consolidated and available on Trading Economics.

That’s about Asylum Applications and their importance. We hope you find this article informative and useful. Let us know if you have any questions in the comments below. Cheers!