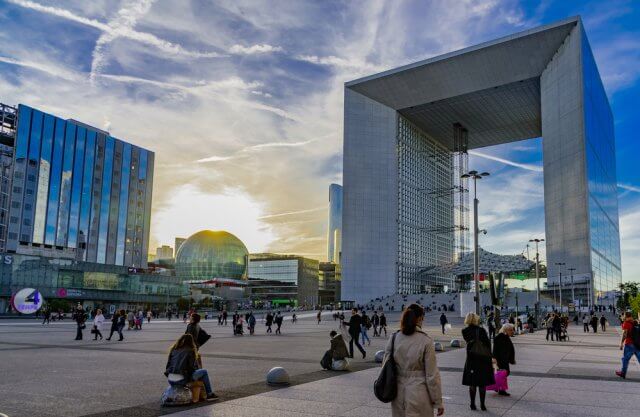 The economic calendar is a bit muted on the last trading day of the week as investors seem to enjoy the Thanksgiving holiday. However, France is due to report few low impact economic events such as French Consumer Spending with a positive forecast of 3.6% vs. -5.1%, Prelim CPI m/m with a neutral forecast of 0.0%, and Prelim GDP with a neutral growth rate forecast of 18.2% vs. 18.2%. These events are likely to have a muted impact on the market today.

The EUR/USD pair was closed at 1.19123 after placing a high of 1.19406 and a low of 1.18850. EUR/USD pair hit a fresh 2-months high on Thursday in the early trading session and started to decline and ended up posting losses for the day after the German Consumer Confidence contracted.

At 12:00GMT, the German GfK Consumer Climate in November missed the market’s expectations and dropped to -6.7 against the expected -4.9 and weighed on Euro. At 14:00 GMT, the M3 Money Supply for the year from Eurozone remained flat at 10.5%. Private Loans for the year also came in line with the expectations of 3.1%.

The Eurozone’s largest economy, Germany, appeared to struggle to shake off the coronavirus crisis as consumers’ confidence declined. The investors became cautious about it. That weighed on the single currency Euro and added in the losses of EUR/USD pair.

Furthermore, the European Central bank (ECB) published its November policy meeting minutes in which the policymakers believe that there was the possibility that pandemic might have long-lasting effects. They were cautious that pandemics might take a toll on the demand side, supply sides and reduce the economy’s growth potential.

Minutes revealed that Inflation would remain negative for longer while employment could contract further. Policymakers believed that flexibility from PEPP was essential to its continued success, and they wanted to wait for a further fiscal response before reacting instead. They were of the review that more bond-buying may not have the same impact now. There were no surprises in the minutes as Central Bank has begun to pave the way towards additional easing next December.

The single currency Euro came under pressure after releasing these minutes from the European Central Bank and weighed on EUR/USD pair on Thursday. The U.S. markets were closed due to the Thanksgiving Holiday, and as Friday is not an official holiday, thin trading is expected to extend into the weekend.

Moreover, the currency pair also followed yesterday’s release of the flash US GDP data for the third quarter that remained low at 33.1% in annualized terms and raised concerns over the world’s largest economy. The coronavirus vaccine and the U.S. stimulus talks are considered as the prevailing risks to the Federal Reserve’s outlook going ahead.

The demand for safe-haven greenback continued to slip with the global economy’s improving outlook after the release of vaccines for a deadly virus. The weak U.S. dollar kept the losses in EUR/USD pair limited on Thursday.

On Friday, the direct currency pair EUR/USD is trading with a bullish bias at the 1.1912 level, holding above an immediate resistance becomes a support level of the 1.1905 level. On the higher side, the EUR/USD pair may find resistance at 1.1979, and a bullish breakout of 1.199 level can extend the upward trend until 1.1942. On the 2 hour timeframe, the EUR/USD pair has violated the symmetric triangle pattern that was extending resistance at the 1.19052 level, and now this level is working as a support. Let’s consider taking a buying trade over the 1.1905 level, and above this, the next target stays at 1.1997.

The GBP/USD pair was amongst the worst performers on Thursday out of the G10 currencies, with losses of around 40 pips on the day. After posting gains for four consecutive days, the GBP/USD pair declined on Thursday. Much of the GBP/USD pair’s bullish rally was due to the U.S. dollar’s weakness following the U.S. President-elect Joe Biden’s victory at the start of the month was also escalated by the combination of vaccine optimism and the increasingly dovish tone of the FOMC.

Federal Reserve is expected to squeeze their asset purchase program in December to offer the economy more stimulus because of the rising number of coronavirus cases across the States that has forced the local governments to impose a second lockdown, as the fiscal stimulus from Congress remains indefinable.

Meanwhile, British Pound has also performed significantly better during this month as the hopes surrounding the Brexit deal were higher after the French compromise over the fisheries issue. An agreement over one sticking point also revealed progress made in the Brexit agreement and supported the Sterling that added gains in GBP/USD pair. Furthermore, the vaccine development from Pfizer & BioNtech, Moderna, and AstraZeneca also gave strength to the GBP/USD pair after adding demand for the market’s risk sentiment.

However, on Thursday, the tone behind GBP/USD was changed somewhat after the hopes for a Brexit deal started to fade away. Many reports suggested that the remaining key sticking issues related to Ireland and level playing field were proving to be very hard to reach an agreement. During Thursday’s European session, the Irish Foreign Minister said that Brexit’s outstanding issues were proving to be complicated. E.U. sources also reported that talks between the E.U. and the U.K. were not going well. Simultaneously, the French Foreign Minister put public pressure on the U.K. to adopt a more realistic negotiating stance on Wednesday that faded the optimistic tone around the market and weighed on GBP/USD pair.

During the Thanksgiving Holiday in the U.S. and, in the absence of any macroeconomic data from the U.K., the GBP/USD pair continued following the latest headlines and dropped on Thursday.

The GBP/USD traded in line with our previous forecast to hit the support level of 1.333, which is extended by an upward channel. On the higher side, Cable may find resistance at 1.3400 level that’s extended by the double top pattern on the two-hour timeframe. Simultaneously, the bullish crossover of the 1.3400 level is likely to open additional room for buying until the 1.3446 level. On the 4 hour timeframe, the GBP/USD pair has formed a bullish channel that supports the pair at the 1.333 area, and violation of this level on the lower side can drive a sharp selling trend until the 1.3270 mark. The RSI and MACD are suggesting a selling trend in sterling. However, I will prefer to open a buying trade over the 1.3330 area and selling trade below the same level today.

The USD/JPY pair was closed at 104.233 after placing a high of 104.479 and a low of 104.214. On Thursday, the U.S. dollar was down in early trading session subdued by weak U.S. economic data. The optimism surrounding the coronavirus vaccines prompted investors to seek out riskier assets instead of safe-haven. The U.S. Dollar Index (DXY) was down on Thursday against the basket of six major currencies by 0.3% at 91.97 level, the lowest level in more than two months as the volume was limited due to the holiday in the U.S. for Thanksgiving.

In late Wednesday, the Federal Reserve released the minutes of its last monetary policy meeting, and they showed that Fed members debated on a range of options on bond purchases to support the recovery, including pivoting to purchases of longer-term securities that could put more pressure on the dollar by keeping longer-term yield unattractively low. These comments from the Fed weighed on the U.S. dollar and added pressure on the USD/JPY pair on Thursday.

Meanwhile, the number of global coronavirus cases reached above 60 million on Thursday, out of which 12.7 million were from the U.S., according to Johns Hopkins University. Many states in the U.S. started to impose restrictive measures to curb the increasing numbers of coronavirus cases that led to more job losses, weighed on the U.S. dollar, and kept the USD/JPY pair under pressure.

Positive data from 3 vaccine candidates and their efficacies, along with a smoother transition to Joe Biden administration in the U.S., added pressure on the greenback and forced investors to move towards riskier currencies. Reports also suggested that the Fed’s monetary easing was on its way that continued weighing on the greenback and added pressure on the USD/JPY pair. Apart from this, a mixed performance in the European equity markets provided a modest lift to the safe-haven Japanese yen that ultimately contributed to the USD/JPY pair’s fall on Thursday.

Due to the absence of any macroeconomic data on the day and the thin liquidity conditions due to the Thanksgiving Holiday, the pair USD/JPY continued following the last day’s economic data of Unemployment claims that showed a negative labor market report and added pressure on the pair.

The USD/JPY pair’s recent price action has violated the choppy trading range of 104.700 – 104.056. On the lower side, the USD/JPY pair can drop further until the next support level of 103.667 level, especially after the breakout of the 104.150 support level. On the higher side, a bullish breakout of 104.700 resistance can extend the buying trend until the next resistance area of 104.700 and 105.063 level. On the lower side, the support continues to hold around the 103.667 level. The MACD suggests selling bias in the USD/JPY pair; thus, we should consider selling trade below 104.150 and buying above the same. Good luck!