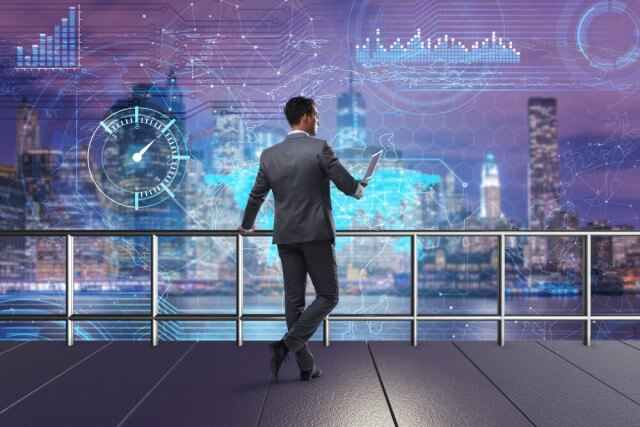 On the news front, the economic calendar is a bit light and may not be offering any major economic release. Therefore, we need to trade based upon stronger dollar sentiment, as traders are likely to price better than expected NFP data from last week.

The U.S. Dollar was strong across the board with the U.S. Dollar Index at 93.5 level, with investors taking comfort from President Donald Trump’s move to boost the economy in the wake of coronavirus pandemic.

Over the weekend, U.S. President Trump signed a series of executive orders aimed at enhancing the economic condition. The orders included an extension of expanded jobless benefits at a lower rate of $400 a week. It was down from the previous $600 a week. The State government will pay 1/4th of the bill, which was also included in Trump’s order.

However, it is not clear that the executive orders can withstand court scrutiny as the power relies on Congress. Nevertheless, the President’s orders were an attempt to play his part in breaking the impasse. Though the talks between Republicans & Democrats on August 7 broke some of the differences, they still did not show any consensus. The new round of talk is expected to resume at some point, but the date is not yet confirmed.

The chances for a $3 trillion stimulus package have been compromised to $2 trillion by Democrats, but that is still a trillion more than the framework that the ruling party aimed for. Additionally, the JOLTS Job Openings data from the U.S. on Monday came in as 5.89 M in June in comparison to 5.30M of forecasts and supported the U.S. dollar that weighed on EUR/USD pair.

From the Europe side, the Sentix Investor Confidence for August dropped to -13.4 from the anticipated -16.0 and the previous -18.2 and supported Euro that kept the losses of EUR/USD pair limited on Monday.

Meanwhile, early on Monday, the Defence Ministry of Taiwan said that a Chinese jet fighter crossed the median of the Taiwan Strait line, possibly in response to the U.S. Health Secretary Alex Azar’s visit to Taipei.

Any form of American recognition of the island nation Taiwan that China claimed its own make Beijing angry, and hence, it responded. The tensions in Taiwan have grown since the Hong Kong clash between the U.S. & China.

Besides this, the world’s biggest nations are also clashing over the technological front; recently, the U.S. banned American firms from dealing with TikTok and WeChat app. However, the most important matter between both countries lies with the fulfillment of the phase-one trade deal. Negotiators from both sides are scheduled to meet this week to analyze the achievements of the deal. The risk-off market sentiment was picking its pace after the escalation of US-China tensions, and it has weighed on the riskier pair EUR/USD.

The single currency Euro slipped against the U.S. dollar amid increased USD demand as traders started to price in stronger than expected NFP data released on Friday. The EUR/USD is now bouncing off the support level of the 1.1728 level. It may head higher towards 23.6% Fibonacci retracement level of 1.1768, and above this, the next resistance can stay at 1.1765 level, which marks 38.2% Fibonacci retracement level.

The GBP/USD pair was closed at 1.30730 after placing a high of 1.31032 and a low of 1.30188. Overall the movement of GBP/USD pair remained bullish throughout the day. The GBP/USD pair rose on Monday ahead of key data due later this week, despite the U.S. dollar’s strength. The risk sentiment favored some of the factors, and investors believe that further upside could be on the horizon.

The latest higher move in the Pound was because of the key economic data, including the update of the labor market and second-quarter GDP scheduled to be released later this week. Moreover, the GBP/USD pair was also supported by the improving risk sentiment in the market after the hopes about the US-China phase-one trade deal became optimistic.

The U.S. trade representative and U.S. Treasury Secretary will meet the Chinese Vice Premier later this week to evaluate the implementation of the phase-one trade deal by China. China has assured that it will fulfill its promises made under the agreement that include the increased U.S. farm purchases and the better protection of Intellectual property rights.

This faded some of the risk-off market sentiment and caused GBP/USD to surge.

The risk sentiment was backed by the comments of WHO Chief Scientist Dr. Soumya Swaminathan, who praised the global efforts in the development of the COVID-19 vaccine. She reported that almost 200 vaccines were being developed globally and were in the stage of clinical or pre-clinical trials. According to her, 24 vaccines had entered the clinical trials in human beings.

The unprecedented global efforts to develop the coronavirus vaccine triggered the risk-on market sentiment as various potential paths to the end of coronavirus gave hope to the investors. The improved risk appetite gave a push to GBP/USD pair on Monday.

On Brexit front, the U.K. media has suggested that David Frost remain the U.K.’s chief Brexit negotiator and will stay on committed to securing an agreement with the European Union even if a deal is not secured by the end of September.

The U.K. formally left the E.U. in January after voting to leave in 2016, and negotiations to reach post-Brexit trade deal are currently deadlocked because both sides have failed to reach a consensus on various matters.

As the end of the transition periods is getting closer day by day, Prime Minister Boris Johnson has vowed to end the year with or without a deal, outside Europe. David Frost is set to take up a new position as National Security Advisor (NSA) in September. However, his position as Chief Brexit Negotiator will remain in place.

Meanwhile, the U.K. government pledged a further 20 Million Pounds in aid to Lebanon following Tuesday’s deadly explosion in Beirut. The U.K.’s support will directly go to the injured and people displaced by the explosion. It will also provide food, medicine, and urgent supplies to the needy in Lebanon affected by the explosion.

The U.K. government has already given 5 Million Pound to the emergency relief effort and said that it would stand by the Lebanese people in the hour of need. This also helped GBP in recovering its position and pushed GBP/USD pair higher on Monday.

The USD/JPY currency pair succeeded to break its previous session thin trading range and rose above 106.00 marks mainly due to the broad-based U.S. dollar fresh strength, buoyed by the Friday’s better-than-expected employment report, which eventually helped the U.S. dollar to put the bids.

On the other hand, the upbeat market sentiment, backed by the optimism that the U.S. policymakers are showing signs to resume talks about the stimulus package, undermined the safe-haven Japanese yen and contributed to the pair’s gains. In the meantime, the risk-on market sentiment was further bolstered by the upbeat key U.S. and China data, which tends to urge buyers to invest in riskier assets instead of safe-have assets. Currently, the USD/JPY currency pair is currently trading at 106.00 and consolidating in the range between 105.72 – 106.06.

Despite concerns about the ever-increasing coronavirus cases across the world and worsening US-China relations, the investors continued to cheer the hopes of the U.S. fiscal stimulus package triggered by the signs that White House officials and congressional Democrats showed a willingness to compromise on another stimulus package to bolster the stalled economy.

On the other hand, U.S. President Donald Trump fulfilled his promise to take executive action as the U.S. Congress failed to offer any outcome over the country’s latest stimulus measures. As a result, U.S. President Trump’s signed four executive orders to release unemployment claim benefits, help with student loans, and aid those living in a rented house, which also exerted a positive impact on the market trading sentiment and contributed to the currency pair losses.

Moreover, the upbeat market sentiment was being supported by Friday’s better-than-expected employment report. Details suggested Non-farm payrolls increased by 1.763 million in July month, vs. the estimated 1.6 million increase. The unemployment rate also declined to 10.2% in July, compared to June’s reading of 10.5%.

Despite the positive data, the doubts remain about the U.S. economic recovery amid the on-going surge in the coronavirus cases. As per the latest report, the U.S. crossed the five million COVID-19 cases as of August 10, according to Johns Hopkins University. Whereas Australia’s 2nd-most populous state, the epicenter of the pandemic, Victoria, reported the biggest single-day rise in deaths. As per the latest figures, Australia’s coronavirus death losses crossed 314 as Victoria announces a daily record of 19 deaths and 322 new cases in the past 24 hours.

Apart from the virus woes, the long-lasting struggle between the world’s two largest economies remained on the cards as U.S. President Donald Trump turned off the business tap for China’s TikTok and WeChat. As well as, the U.S. imposed sanctions on the Hong Kong Leader Carry Liam, which keeps challenges the upbeat market tone. In the meantime, the White House National Security Adviser Robert O’Brien blamed China while saying that the “Chinese hackers have been targeting U.S. election infrastructure ahead of the 2020 presidential election.” These gloomy updates capped further upside in the currency pair by giving support to the safe-haven Japanese yen.