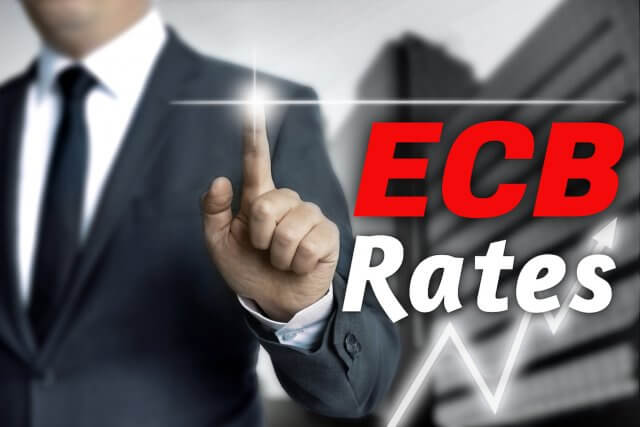 It will be a big day for the European pairs as the European Central Bank is due to report it’s minimum bid rate along with the Press Conference to determine the monetary policy. Besides, the U.S. Unemployment Claims and PPI data will be the main market mover of the market.

The EUR/USD pair was closed at 1.18027 after placing a high of 1.18339 and a low of 1.17525. Overall the movement of the EUR/USD pair remained bullish throughout the day. The market sentiment was sour on Wednesday amid the pause in the AstraZeneca & Oxford University vaccine’s final clinical trials. The trials were paused due to an unexplained illness in one participant. This weighed on risk sentiment and kept the EUR/USD pair under pressure on Wednesday.

The much-awaited decision of the European Central Bank monetary policy will announce on Thursday, and the market participants have started to bets on it. Meanwhile, the U.S. dollar surging due to increased pressure on its rivals dropped on Wednesday and caused a surge in EUR/USD pair.

The ECB is concerned about the appreciation in Euro and increased deflationary pressure and the uncertainty around Europe’s coronavirus situation. The bank is set to announce no changes in its upcoming monetary policy for the second month in September. The bank expanded it’s Pandemic Emergency Purchase Program with EUR 600 billion in June.

The interest rates on main refinancing operations are at 0.00%, on the marginal lending facility are at 0.25%, and the deposit facility is at -0.50%. All are expected to remain unchanged in this monetary policy meeting. The PEPP will also remain unchanged at EUR 1350 Billion. The speech from the ECB President Cristine Lagarde will remain under focus by traders to find fresh clues about the EUR/USD pair.

For August, the Eurozone inflation came in negative when the annualized consumer price index fell by 0.2% versus the July’s rise by 0.4% and raised concerns about the local economy. The impact of coronavirus has been rising as the coronavirus is surging in the Eurozone. To combat coronavirus’s economic impact, ECB expanded its balance sheet from 4500 B euros to 6424B euros. The long-term Eurozone inflation is also gloomy and shows a downward trend.

Traders await that the euro appreciation will remain under the focus of Lagarde’s speech, and measures that she will announce to cope with it will provide massive movements in EUR/USD prices on Thursday. The Eurozone economy outlook from the European Central Bank will also give clues on the EUR/USD pair.

On the U.S. side, the Consumer Credit in July dropped to 12.2B from the forecasted 12.9B and weighed on the U.S. dollar that helped EUR/USD move upward. EUR/USD pair posted gains after falling for three consecutive days on Wednesday.

The EUR/USD has recovered a bit to trade at 1.1820 level ahead of the ECB Monetary policy decision due to coming out during the late European session. ECB isn’t expected to change its rate; however, the press conference will be the EUR/USD pair’s main mover. On the higher side, the pair may find resistance at 1.1860 level along with support at 1.1797 level. Below 1.1797, the pair may drop towards 1.1755 level. Conversely, a bullish breakout of 1.1825 level can lead EUR/USD prices towards 1.1866.

The GBP/USD pair was closed at 1.29986 after placing a high of 1.30231 and a low of 1.28847. Overall the movement of the GBP/USD pair remained bullish throughout the day. After falling for two consecutive days and posting massive losses, the GBP/USD pair dropped on Wednesday in an earlier trading session near the lowest level since July 28. However, in the late trading session, the pair successfully recovered its daily gains and reversed its direction and started posting gains.

The pair followed its previous day bearish trend in the early trading session on Wednesday that the new Internal Market Bill news from the U.K. Parliament pushed. The new bill was issued to protect the United Kingdom’s jobs after the transition period ends next December.

The bill raised fears that it might impact the relationship between the U.K. and the E.U. It could re-write the parts of the Brexit withdrawal agreement related to the Northern Ireland protocol. In response to the new bill news, the E.U. Commission President Ursula von der Leyen said that breaching the singed withdrawal agreement would break the international law and undermine trust. This weighed on the local currency GBP and dragged the pair towards the lowest level since July 28.

However, the pair’s downward movement was further supported by the latest news that weighed on risk sentiment that AstraZeneca & Oxford University vaccine’s final clinical trials were paused after an unexplained illness was found in a participant.

On the data front, the Consumer Credit for July dropped to 12.2B against the forecasted 12.9B and weighed on the U.S. dollar that added further support to the GBP/USD pair. On Wednesday, PM Boris Johnson said that they must act to avoid another lockdown as virus cases were rising in England. He was referring to the new rule that restricts the gathering of more than six people. The new rule can issue fines or make arrests in case of breach of law.

The GBP/USD pair has formed a Doji pattern over 1.2901 area, and the support level is extended by an upward trendline on four hourly timeframes. On the higher side, the pair may face immediate resistance at 1.3021, and above this, the Cable may head towards 61.8% Fibo level of 1.3154 level. Jobless claims data may play the role today.

The USD/JPY pair was closed at 106.174 after placing a high of 106.272 and a low of 105.785. Overall the movement of the USD/JPY pair remained bullish throughout the day. After falling on Tuesday, the USD/JPY pair gained traction on Wednesday and started rising. The pair fell to 6 days lowest level on Wednesday in the early trading session but reversed its direction and moved upward on the back of the upbeat market sentiment.

The market mood improved on Wednesday and made it difficult for the safe-haven Japanese Yen to find demand and pushed the pair USD/JPY higher. After falling for three consecutive days, the equity market was raised on Wednesday with the S&P 500 index up by 1.85% and confirmed the risk-on market sentiment. The U.S. Treasury bond yields for a 10-year note also rose to 2.2% and supported the upward market sentiment.

Moreover, the U.S. Dollar Index also rose on Wednesday to 93.66 level the highest since August 12 and supported the upward U.S. dollar movement.

However, the USD/JPY par gains were capped by multiple factors, including the US-China tussles and negative vaccine news.

On Wednesday, the long-awaited vaccine developed by AstraZeneca and Oxford University stopped its final stage clinical trials due to an unexplained illness found in one of the participants. This news raised concerns over vaccines’ development and, ultimately, on the economic recovery and capped further gains in the USD/JPY pair.

Meanwhile, the rising tensions between the U.S. & China after the latest comments from President Donald Trump and his administration regarding the tech fight and bringing back the production to America raised fears for the phase-one deal completion. These tensions and the lingering fight on the South China Sea have weighed on market sentiment that undermined the risk sentiment and supported the Japanese Yen, ultimately capping further gains in the USD/JPY pair.

Moreover, the new Brexit worries after the U.K. introduced new potential internal law that could change the initial withdrawal agreement terms related to the Northern Ireland border, also weighed on risk sentiment. The uncertainty regarding a Brexit deal between the E.U. & U.K. also weighed on market sentiment and limited the USD/JPY pair’s gains.

On the data front, the M2 Money Stock for the year in Japan rose to 8.6% in August from 8.2% and supported the Japanese Yen that capped further gains in the USD/JPY pair. At 10:59 GMT, the Prelim Machine Tool Orders decreased by -23.3% in August compared to July’s -31.1%. On the U.S. front, the JOLTS Job Openings in July rose to 6.62M against the forecasted 6.05M and supported the U.S. dollar that added further support to the USD/JPY pair on Wednesday.