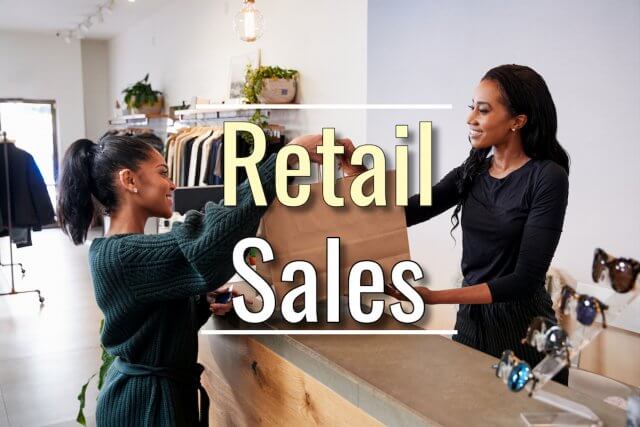 On the news side, the eyes will remain on the U.S. retail sales data and the Prelim UoM Consumer Sentiment from the United States. Both of the events are expected to drop from their previous figures. Typically such kind of data drives bearish movement in the U.S. dollar. Therefore, the market can trade a weaker dollar sentiment today.

The EUR/USD currency pair succeeded to extended its previous session bullish rally and hit the fresh intra-day highs towards 1.1800 level. However, the reason for the gains in currency pair could also be attributed to the broad-based U.S. dollar bearish bias, backed by fears that U.S. economic recovery from COVID-19 continuing to diminish. The on-going U.S. Congress’ failure to reach an agreement for the country’s latest COVID-19 stimulus package also added a burden to the greenback and contributed to the currency pair gains.

On the contrary, the growing cases of coronavirus in Germany became the key factor that kept the lid on any additional gains in the currency pair. At the moment, the EUR/USD currency pair is currently trading at 1.1831 and consolidating in the range between 1.1781 – 1.1838.

The on-going uncertainty surrounding the much-awaited U.S. fiscal stimulus or the second wave of coronavirus (COVID-19), not to forget the latest tension between America and China over TikTok, weighed on the broad-based U.S. dollar and contributed to the currency pair gains. It should be noted that the Democrats and Republicans are still struggling to approve an additional stimulus package as authorities hinted that additional stimulus is needed to control the negative impact of the recent wave of the coronavirus.

At the coronavirus front, the number of reported coronavirus cases increased to 219,964, with a total of 9,211 deaths tolls, as per the German disease and epidemic control center, Robert Koch Institute (RKI), on Thursday. Meanwhile, the Cases rose by 1,445 in Germany on Thursday against Wednesday’s +1,226. Whereas the death toll increased by 4, the tally showed. Despite this, the shared currency did not give any major attention to it and remains unperturbed by the renewed virus concerns.

The EUR/USD is trading neutral on Friday, as traders seem to wait for major economic data to help drive a breakout. The bullish sentiment seems dominant as the EUR/USD pair trades at 1.1818 level, holding right below an immediate resistance level of 1.1820. Below this, the pair is likely to trade bearish until 1.1783 and 1.1745 level. Conversely, the bullish breakout of the 1.1820 level can lead the pair to be further higher until 1.1860 and the 1.1890 levels.

The GBP/USD currency pair succeeded in stopping its previous-day losing streak and rose closer to 1.3100 level, mainly due to the broad-based U.S. dollar weakness. That was triggered by the coronavirus crisis in the U.S., which continued to fuel worries that the second wave of COVID-19 cases could undermine the U.S. economy.

The repeated inability over the much-awaited stimulus also adds pressure on the U.S. dollar and further pushed the currency pair. On the other hand, the fresh optimism over the UK-US relations also added strength around the Pound currency and contributed to the currency pair gains. On the other hand, the on-going pessimism of coronavirus (COVID-19) second wave in the U.K., and the UK-Japan lingering trade talks became the major factors that kept the lid on any further gains in the currency pair. Currently, the GBP/USD currency pair is currently trading at 1.3084 and consolidating in the range between 1.3031 – 1.3093.

The U.K. Trade Secretary Liz Truss declared that she is very satisfied as the United States has not implemented additional tariffs, which gave some support to the local currency and extended further upside momentum in the pair.

The U.K. formally started to face recession the previous day, with over 20% of GDP drop across the pond. In turn, the British business leaders and trade unions urged the extension of furlough scheme beyond October expiry; Chancellor Rishi Sunak sees promising signs off-late.

At the Brexit front, the Brexit jitters remain on the card as the fisheries and level-playing field being the tardiest obstacle. However, the policymakers from both sides are set to resume the sixth round in the next week. Apart from this, the U.S. criticized the European Union (E.U.) due to its lack of action regarding the airbus case. Elsewhere, the U.S. added some French and German goods to the tariff list while removing a few from the U.K. and Greece.

On the other hand, the rising COVID-19 cases, especially in the U.S., Australia, Japan, and some of the notable Asian nations like India, fueled concerns that the economic recovery could halt once again, which ultimately drags the broad-based U.S. dollar under pressure. The on-going uncertainty surrounding the much-awaited U.S. fiscal stimulus and the latest tension between America and China over TikTok also weighed on the broad-based U.S. dollar and contributed to the currency pair gains.

As a result, the broad-based U.S. dollar reporting losses on the day amid the failure of the U.S. stimulus package, as well as the United States still facing virus woes, ultimately crushed hopes for a quick economic recovery. Nevertheless, the losses in the U.S. dollar helped the currency pair to stay higher.

The GBP/USD consolidates at 1.3070 level, holding right above the 50 periods EMA support area of 1.3040 level while the bearish breakout of 1.3040 level can extend selling unto 1.2918 level. Recently as we can see in the chart above that the GBPUSD pair has violated its upward trendline that supported the pair around 1.3130 level, and now below this, we can expect GBP/USD to continue trading bearish. The GBP/USD should show a bearish crossover to confirm a strong selling bias in the Cable. On the higher side, Sterling may find resistance at 1.3105 and 1.3175. Let’s consider selling below 1.3045 level today.

The USD/JPY currency pair failed to extend its previous 4-day bullish bias and dropped just above the mid-106.00 level, mainly due to the broad-based U.S. dollar weakness triggered by the worries that the second wave of COVID-19 cases in the United States could ruin the recovery in the world’s biggest economy. The on-going doubts over the U.S. Stimulus Package also weighed on the American currency and contributed to the pair losses. On the other hand, the concerns about intensifying US-China relations and U.S. Trade Representative Robert Lighthizer’s verbal attack on Europe extended some additional support to the safe-haven Japanese yen, which exerted an additional burden on the currency pair. Apart from this, the upbeat performance of Japanese PPI also underpinned the Japanese yen and pushed currency pair further lower. At this particular time, the USD/JPY currency pair is currently trading at 106.91 and consolidating between 106.57 – 106.94.

Despite the reduction in coronavirus cases, the fears about the U.S. economic recovery still hover all over the market and keep the U.S. dollar bulls defensive. As per the latest report, the figures have crossed almost 5.2 million cases in the U.S. alone as of August 13, as per the Johns Hopkins University and millions unemployed.

Meanwhile, the risk-off market sentiment was further bolstered by the long-lasting disappointment over the lack of progress in the much-awaited fiscal package. U.S. President Donald Trump accused Democrats that they are not willing to negotiate over the package.

As in result, the broad-based U.S. dollar failed to gain any positive traction on the day and reported losses as the United States crisis of virus could break hopes for a quick economic recovery, which kept the investors careful. However, the losses in the U.S. dollar kept the currency pair bearish.

Across the Pound, the losses in the currency pair could also be associated with Japanese PPI’s upbeat performance, which eventually underpinned Japanese yen and contributed to the currency pair declines. At the data front, Japan’s July month Producer Price Index (PPI) grew past-0.3% forecast on MoM to 0.6%. Further, the yearly figures slipped less than -1.1% expected level to -0.9%.

The USD/JPY trades sideways over resistance become a support level of 106.628 level. Above this, the USD/JPY pair is opening further room for buying until 107.450 level. The RSI and MACD are also supporting bullish bias in the pair. A recent bullish breakout of 106.450 level can extend the buying trend until 107.390. The current market price of USDJPY is staying over 50 EMA, which extends support at 105.950 and may push the pair higher. Let’s consider buying above 106.480 level today. Good luck!