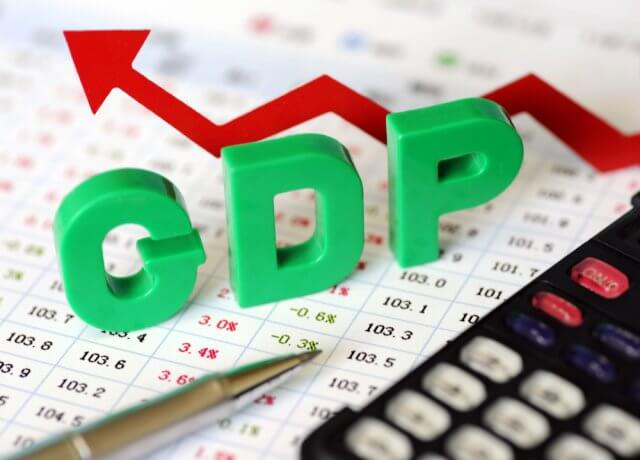 Later today, the focus will remain on the German Prelim GDP and Advance GDP figures from the U.S. both of the events are expected to perform worse than before as the data represents the lock-down period’s economic activity. So most of it is already priced in. However, the U.S. Jobless claims will remain in the highlights. Jobless Claims figures are expected to rise again, perhaps due to the second wave of COVID19 in the U.S.

The concerning picture painted by the Federal Reserve about the resurgence of COVID-19 that was already hurting consumption and jobs weighed more on the U.S. dollar. According to Fed Chair Jerome Powell, Fed showed full commitment to use all of its powers and tools to support the economy. He also said that economic development was highly dependent on the coronavirus, and the rates will remain near zero until the economy improves towards recovery.

The Fed’s decision and a statement from Fed’s Chair Powell further weighed on the U.S. dollar that was already under pressure from the past few days. The U.S. Dollar Index fell 0.44% to 93.17, the lowest level since June 2018. The fall of the U.S. dollar below two years lowest level helped the EUR/USD pair to post gains.

The greenback has suffered on expectations that the Fed will continue its ultra-loose monetary policy for years to come and speculate that it will allow inflation to run higher than it has previously indicated before raising interest rates. This all came as the U.S. was facing a continuous rise in coronavirus cases as U.S. deaths from virus surpassed 150,000 on Wednesday, a number higher than all countries and nearly a quarter of the world’s total numbers.

The pair EUR/USD rose above 1.180 level amid the fresh weakness of the U.S. dollar. However, the European side’s macroeconomic data also helped the EUR/USD pair in sustaining its gains.

At 11:00 GMT, the German Import Prices for June rose to 0.6% against the expected 0.5% and supported Euro that added in the upward trend of currency pair.

Furthermore, the Executive of the European Union said on Wednesday that it had agreed to buy a limited supply of the COVID-19 medicine redeliver from the U.S. drugmaker Gilead to address Europe’s short-term needs patients. They also hoped to be able to order more later.

The E.U. Commission agreed to pay about 63 million euros to buy enough doses to treat about 30,000 patients. The anti-viral is the only drug so far authorized in the E.U. to treat patients with the virus’s severe symptoms. However, nearly all available supplies have already been bought by the U.S.

The technical side of the EUR/USD remains mostly the same as it’s trading at 1.1770 level, holding above resistance become support level of 1.1755. On the hourly timeframe, the EUR/USD continues to form higher high and higher low pattern suggestings odds of bullish trend continuation. A bearish breakout of 1.1755 can drive more selling until 1.1702 level. On the higher side, the resistance can stay at 1.1788 and 1.1880.

The GBP/USD pair was closed at 1.29953 after placing a high of 1.30132 and a low of 1.29118. Overall the movement of GBP/USD pair remained bullish throughout the day. The GBP/USD pair rose for the 9th consecutive day and maintained its bullish streak and crossed the 1.30 level. The currency pair rose to its multi-months’ highest level since the first week of March amid the broad-based U.S. dollar weakness.

The U.S. dollar struggled against the six major currencies and dropped to 2 year’s lowest level at 93.17 on Wednesday after the announcement of an interest rate decision by Federal Reserve. Fed kept its rates unchanged near zero and vowed to keep them at the same level until the economy shows improvement.

Furthermore, the Fed Chair Jerome Powell said that the current economic downturn was severe, and continued fiscal and monetary support will be necessary for recovery. He added that the Fed would remain committed to using its full range of tools to support the economy.

The rising number of coronavirus cases in the U.S. has weighed on America’s economy and the U.S. dollar. Traders have become more concerned that the world’s top economy could be headed for a severe contraction this year.

The death toll in the U.S. reached 150,000 on Wednesday, and it raised the concerns that the economy will take a long time to recover that weighed further on the U.S. dollar. The weak U.S. dollar gave a push to GBP/SUSD pair’s prices above 1.200 level.

On the British Pound front, the Pound rose today after U.K. Mortgage Approvals & Net Lending to Individuals. At 13:30 GMT, the M4 Money Supply by the U.K. for June dropped to 1.0% from the expected 2.2%. The Mortgage Approvals improved to 40K from the projected 35K in June, and the Net Lending to Individuals in June also rose to 1.8B from the expected -0.4B and supported Sterling.

Better than expected macroeconomic data from the U.K. gave strength to British Pound and helped GBP/USD pair to post gains on Wednesday.

Meanwhile, Brexit has remained in focus this week after the London School of Economics warned that both Brexit and the Covid-19 pandemic could severely compromise the U.K. economy.

The U.K. was close to securing a continuity trade deal with Japan that will mirror that of the E.U. pact that Britain will no longer be a part of next January. Both sides are seeking to secure a continuous trade deal once Brexit implemented on January 1.

On Thursday, U.S. dollar investors will be looking ahead for the US GDP figure for the second quarter that is expected to fall by -34.1%; any figure closer to it will be good for the U.S. dollar. The investors will also await the release of the latest U.S. Initial Jobless Claims for July.

However, most people will likely prefer not to invest in the U.S. dollar because of increased external and domestic pressure on American’s economy.

The GBP/USD is also forming a higher high and higher low pattern, which suggests odds of a bullish trend in the GBP/USD pair. The Cable is likely to find support at 1.2970, which is extended by the upward trendline on the hourly timeframe. Above this, the next resistance can be found around 1.30095, along with support at 1.2970 and 1.2945.

The USD/JPY pair was closed at 104.920 after placing a high of 105.241 and a low of 104.771. Overall the movement of the USD/JPY pair remained bearish throughout the day. On Wednesday, USD/JPY pair continued its bearish streak for the 5th day and fell below 105.00 level amid Fed’s decision to keep interest rates near zero.

Federal Reserve Chairman Jerome Powell warned the U.S. faced the most severe economic downturn and said that the economy’s path was extraordinarily uncertain. He said that the increased number of virus cases and the renewed measures to control it have started to weigh on recent weeks’ economic activity. Powell also said that recovery would need help from both fiscal and monetary policy.

The Federal Reserve vowed to keep the rates unchanged as the pandemic still persists and poses considerable economic outlook risks. The rates will remain near zero until the economy was on track to achieve its maximum employment and price stability goals. The U.S. dollar came under renewed pressure after releasing the monetary policy statement and interest rate decision and caused the USD/JPY pair to drop below 105.00 level.

Despite better than expected U.S. macro-economic data, the U.S. dollar remained under pressure and continues to post losses on the day.

Meanwhile, President Trump said on Wednesday that his administration was allowing for banning the Chinese-owned social media giant TikTok on the back of fears that it could be weaponized to spy Americans.

The U.S. Treasury Secretary Steven Mnuchin also backed this comment and said that Committee on Foreign Investment in the U.S. was also studying the app’s national security risk. He added that TikTok was under serious evaluation, and by this week, a recommendation will be made to the president regarding the app.

On coronavirus front, the U.S. coronavirus fatalities exceeded 150,000 as seven states, including California and Florida, broke new daily death records. Fears for the potential growth of the infections increased in the Midwest area, including Indiana, Colorado, Ohio, and Wisconsin, because of the fast spread of the virus in the U.S.

Early on Thursday, Japan will publish Retail Trade data that is expected to fell by 6.5% compared to the earlier year. The U.S. investors will look forward to GDP data for the second quarter.

The USD/JPY trades with a selling bias around 105.526 level, trading within a downward channel that immediately generates resistance at 106.120. On the lower side, the USD/JPY may find support at 105.375 level, and closing of candles below 105.375 can open further selling bias until 104.850. Overall the pair is forming lowers low and lowers high pattern, which signifies selling sentiment among traders. The RSI and MACD suggest selling signals; for instance, the RSI is holding below 50, and the MACD is staying below 0. Today, let’s look for buying trade above 105.200. Good luck!