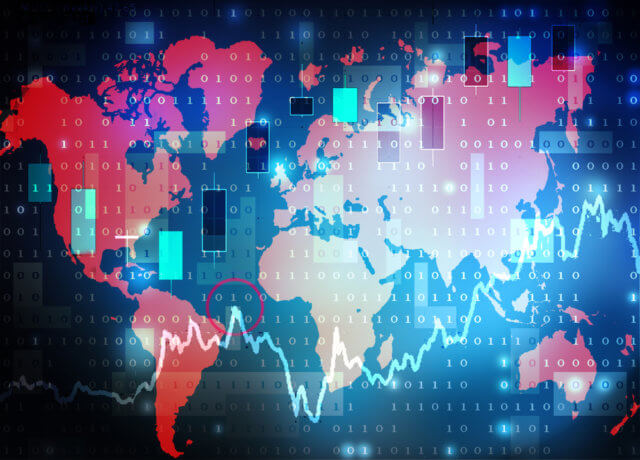 The U.S. Labor Department reported that initial jobless claims fell to 222,000 in the week ended December 21 (220k expected) from 235,000 in the prior week. Today, the focus is going to be on the technical side of the market as the economic calendar remains muted.

The EUR/USD edged up 0.1% to $1.1101, and the British pound gained 0.3% to $1.3001. The U.S. President Donald Trump said on Tuesday that he and Chinese President Xi Jinping would have a ceremony to sign the phase-one of the trade deal reached earlier this month.

Mr. Lowe also added that the E.U. was failing, so they rammed the Euro in. He said that Euro was destined to fail and would have collapsed by now if it was not for massive quantitative easing by ECB.

On the other hand, the macroeconomic calendar remained empty on Thursday except for the U.S. jobless claims for the previous week. The U.S. unemployment claims during last week were recorded as 222K, which came in line with the expectations.

The EUR/USD is trading with the slightly bearish sentiment, and it’s very likely to test the next support area around 1.1110 on the 4-hour chart. The bearish breakout of this level can trigger further selling until 1.1085. Conversely, the bullish bias can lead the EUR/USD to 1.1125 and 1.1160 resistance levels. Let’s wait for the buy trade above 1.1110 today.

The GBP/USD gained 0.3% to $1.3001. Boris Johnson has announced to make his Brexit deal as law, and in case of not reaching a trade deal with E.U. by the end of next year, then U.K. will leave E.U. without any agreement. However, it was highly unlikely because PM Johnson now holds the majority of the U.K. Parliament.

The Parliament has already approved his deal for leaving E.U., and there are fewer chances that E.U. & U.K. will not reach a trade deal. Furthermore, PM Johnson has also said that he would make sure the departure of the U.K. from the European Union on January 31.

The British economy has been showing weaknesses for some time, and it is possible that Bank of England would start easing its monetary policy soon, which will drag the GBP/USD pair back from 1.30 level.

The Bank of Japan Governor Haruhiko Kuroda said on Thursday that the central bank would ease its monetary policy further without hesitation if the momentum toward its 2% inflation goal came under threat.

He also offered a brighter view of the global economic outlook and said that the Bank of Japan would not rush to change its current policy for now. After a week after Central bank kept its short term rates target at -0.1% and long-term at 0%, Kuroda said that the trend of Japan’s economy was at moderate growth.

However, the easing of global trade tensions has reduced the chances that the central bank would ease its monetary policy further. Reduction in uncertainties over the US-China trade war has played an essential role in facilitating global economic conditions.