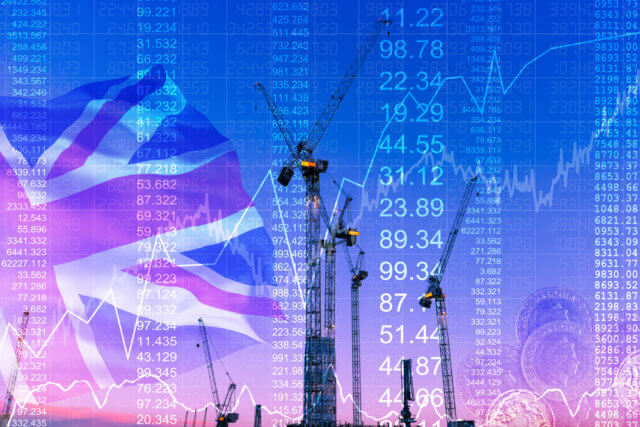 The market continues to trade mixed risk sentiment due to diminishing expectations of no interest rate cuts by the Fed and delay in the trade deal. The top White House Economic Adviser, Larry Kudlow, confirmed on Friday that the December 15 deadline to impose new tariffs on around $156 billion worth Chinese products remains in place.

At the same time, he also said that the U.S. President Donald Trump is satisfied with the recent progress in trade discussions. Yet he is not looking to go with the current phase one trade deal.

Today, the trader’s focus will stay on the British GDP and further events from the Eurozone. Let’s brace for it.

The EUR/USD currency pair continues its bullish moves mainly due to the greenback’s bearish reversal across the board and weaker United States Treasury yields. As of writing, the EUR/USD pair is trading near the 1.1064 and consolidates in the narrow range between the 1.1053 – 1.1078.

Besides, the currency pair picked up the fresh buying during the last hour, in the wake of the revived trade war between the United States and China. The dismal of China trade data also depressed the market mood.

The lowered demand for higher-yielding assets such as the Treasury yields pushed the U.S. dollar broadly lower. The USD index corrects Friday’s positive U.S. payrolls led upsurge to 97.84, now trading at session lows of 97.63, -0.15% on the day.

Even after the recent bullish moves, the currency pair still in the red zone because the greenback may remain supported by the stronger United States employment data that diminished the 2020 rate cut expectations by the Federal Reserve.

At the ECB front, the European Central Bank (ECB) President Largerde will deliver her first speech as a president regarding monetary policy during this Thursday. She will likely provide a hint about the ECB’s commitment to the recent stimulus package that included a rate cut and the restarting of the quantitative rate cut(Q.E.) program.

Meanwhile, the markets now await the Eurozone Sentix Investor Sentiment data, which is de during the European session today. Better-than-expected German Trade and Current Account data also collaborate with the positive tone around the shared currency.

Furthermore, the investor’s confidence in the Eurozone increased sharply in December, despite rising US-China trade tensions and the German slowdown, the latest data published by the Sentix research group showed on Monday.

The quote climbed to +0.7 in December from -4.5 in November and against a figure of -4.9 expected. The investors’ confidence hit the highest since March 2018.

The EUR/USD has disappointed in its first test of the 5-month downtrend at 1.1113. The EUR/USD is trending lower but has not gained any support until now. The EUR/USD has next support near 61.8% Fibonacci support level of 1.1040.

While the resistance stays around 1.1070, and the 1.1075 horizontal resistance mark strictly follows it. Considering the recent crossover on MACD, the pair may trade bearish below the 1.1070 level today.

The GBP/USD currency pair flashing red and representing declines to 1.3135 from the highest level since early April of 1.3180 after the release of a new poll ahead of the snap December elections in the United Kingdom. The Cable experienced a slight bearish reversal on Monday and mostly traded at 1.3155/60, up 20 pips for the day.

The GBP/USD currency pair was seen on the bullish track on Monday, but it remains under 1.3200. The GBP continues to be supported by the polls showing a top position of the Conservatives Party. Just minutes ago, the fresh opinion poll by ICM revealed that the United Kingdom Prime Minister Boris Johson’s Conservative Party remain unchanged at 42%. In contrast, support for the party rose by 1 point to 36%. The Tory slightly pushed lower the GBP in advance.

The reversal in the GBP/USD currency pair was limited as the volatility remain low, and the U.S. dollar continued to show slight bearish bias.

Looking forward, the critical event in the U.S. will be the FOMC meeting on Wednesday. Analysts and traders are also focusing on trade progress as the December 15 deadline for hiking tariffs on Chinese goods remains in highlights.

On the technical side, the cable pair holds a bullish tone, but it is showing some short-term bearish signals after being unable to stay on top of 1.3160. Nevertheless, the trend in the pair points clearly to the upside, and consolidation of the GBP/USD above 1.3180 would expose the pair towards 1.3200.

The USD/JPY currency pair hit the five-days low below the 108.50 ahead of important macroeconomic events. The pair struggle to stage a recovery on Monday and was last seen trading at 108.49, a few pips above the 5-day low that it set at 108.43 in the last hour.

The economic figures showed that the business sentiment grew slightly during November with the Eco Watchers Survey’s Outlook and the Current indexes both coming out better than their October figures.

Looking forward, the trader will keep their eyes on the fresh progress surrounding the United States and China trade talks. If both sides could make a deal and sign the phase-one of the trade deal ahead of the United States tariff hike on Chinese imports on December 15, a relief rally will likely cause the Japanese Yen to lose interest as a safe-haven and support the pair gain bullish moves.

The U.S. Federal Open Market Committee (FOMC) will be publishing its monetary policy decisions on Wednesday. In contrast, the FOMC is not expected to make any changes to its policy rate. It will be interesting to see how the Fed estimates the positive Gross Domestic Product (GDP) and Nonfarm Payrolls (NFP) data.

Last week on Friday, the U.S. Bureau of Labor Statistics reported that Nonfarm Payrolls increased by 266,000 during November to cross the market expectation of 180,000 and provided a boost to the U.S. Dollar Index. Consequently, the USD/JPY pair got bullish support. Meanwhile, the S&P 500 futures are virtually unchanged on the day, hinting that Wall Street is likely to open flat to reiterate the neutral market sentiment.

On Tuesday, the demand for haven assets and weaker U.S. dollar has driven sharp selling in the USD/JPY currency pair this week. For now, the pair is trading above 108.550, which is working as a double bottom support level.