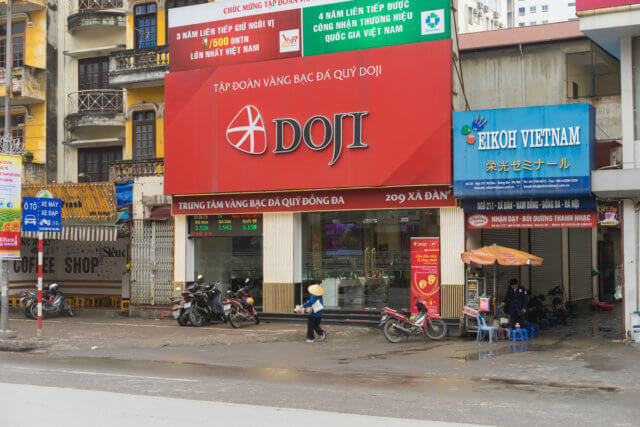 The Doji is a special candle, not only because of its striking appearance but also because it is one of the most vital signals in trading. This figure is so important that we need to understand it very well, as it is one of the safest trading signals when properly applied. 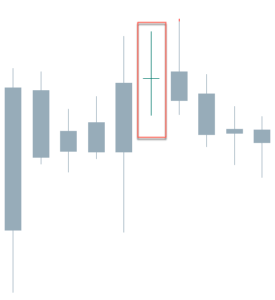 The Doji is characterized by having the open and close at the same level while standing out for its elongated upper and lower shadows. The figure of the Doji has a precise meaning. Buyers and sellers are in a state of mental indecision. The Doji is a powerful sign of trend change. The probability of a turn increases if in addition to the Doji:

The perfect Doji has the same open and close values. Nevertheless, if both levels are separated a few pips, and the candle can still be seen as a single line, it can be considered as Doji.

The Doji is a powerful signal to detect market tops. Steve Nison says that a dog is a sign of indecision by buyers, and an upward trend cannot be sustained by undecided traders. Nison also points out that, from his experience, the Doji loses some reversal potential during downtrends. That observation may apply to the stock market but is useless in pairs trading, as they are symmetric. In this case, a bullish trend of a pair is a bearish pare on the inverse pair and vice-versa. So a Doji will always have a similar meaning: The trend is compromised.  When trading commodities, indices, or stock ETFs the trader should take this into account, though.

In view that a Doji is such a powerful signal, it is better to act upon it. Better to attend a false signal than ignore a real one. Therefore, dojis are signals to close positions, since a Doji alone does not mean a price reversal.

The northern Doji is called a Doji that shows up during a rally. According to Mr. Nisson, ” The Japanese say that with a Doji after a tall white candle, or a Doji in an overbought environment, that the market is “tired.” Therefore, as said, a Doji does not mean immediate market reversal. It shows the trend is vulnerable. 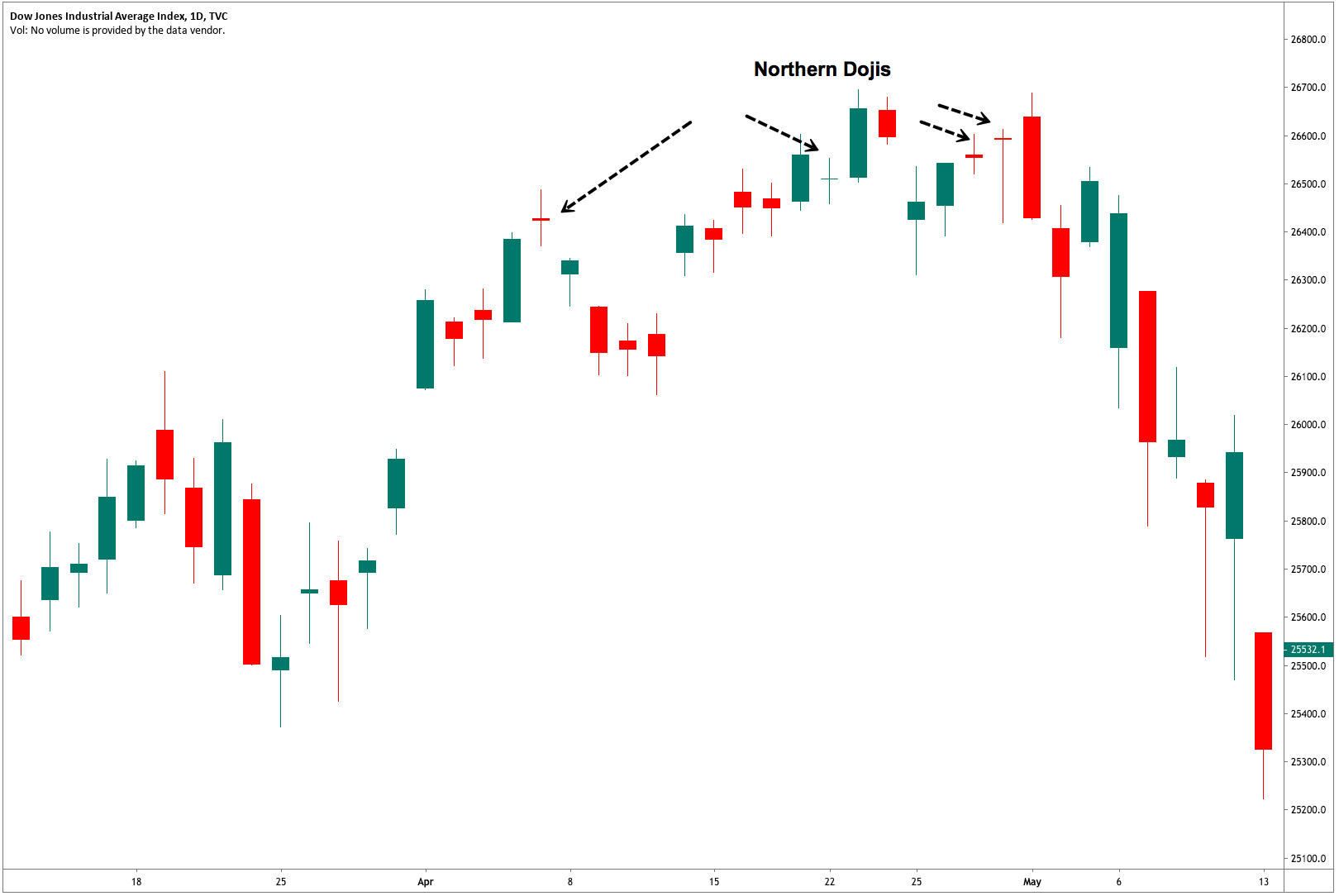 As we can see in the chart above, a Doji after a large candle, as in the first case, is followed by a gap and a drop to the base of a previous candle that surged after a gap.  The next Doji we see was an inside bar that just acted as a retracement and continuation. In the third case, we can see two Dojis, the second being a kind of hanging man with no head. In this case, we notice that the third bearish candle is the right confirmation of the trend reversal. It is not uncommon to observe tops depicting several small bodies, one of which is a Doji. 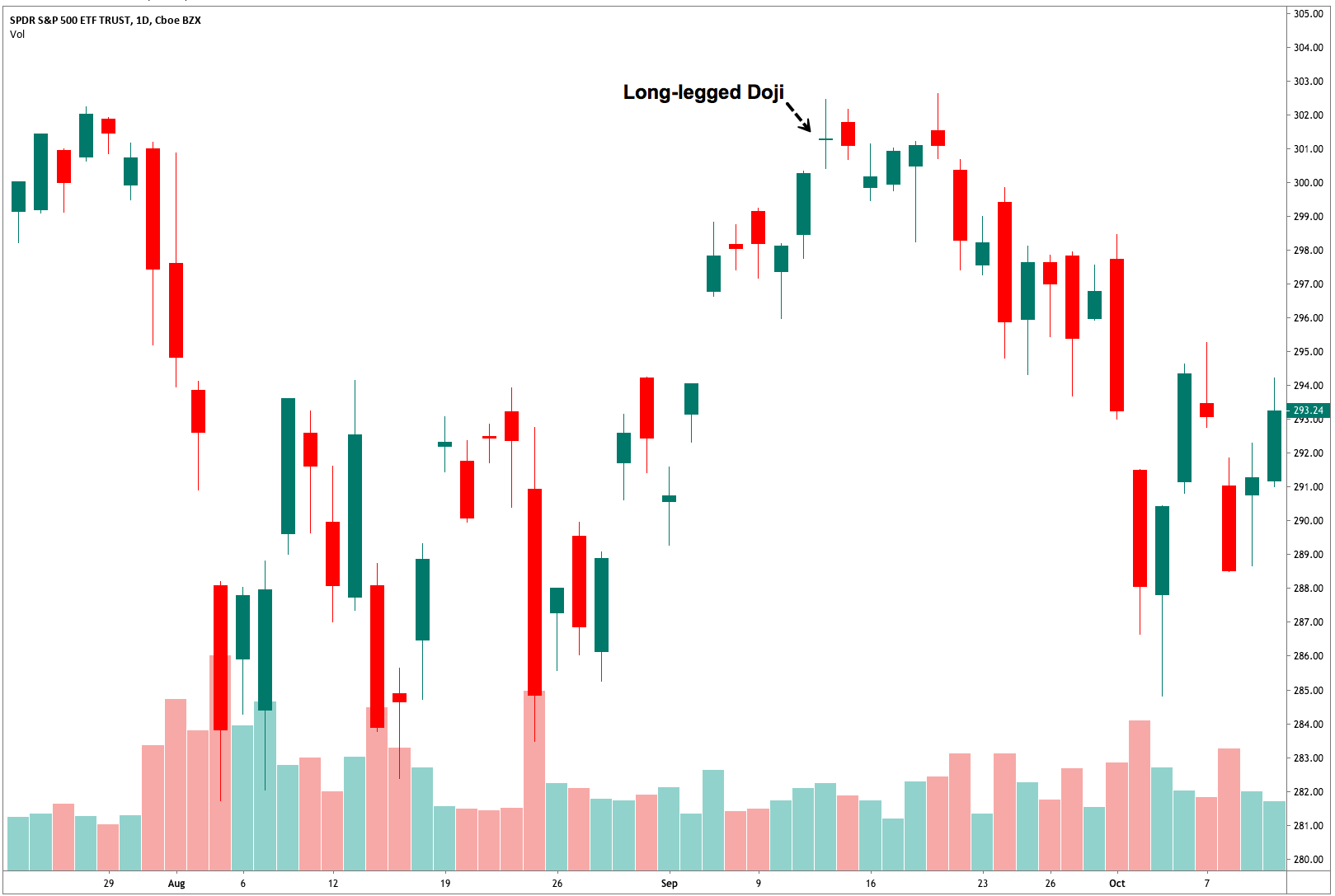 We already know that a small body and long upper and lower shadows is called a high wave candle. If the figure doesn’t have a body is called “long-legged Doji,” and also called “rickshaw man.” As it happens with high-wave candles, it reflects great confusion and indecision.

The gravestone Doji is the Doji that begins and ends at the low of the day. According to Stephen Bigalow, the Japanese name is set to represent “those who died in the battle.” Gravestone Dojis are a rarity. 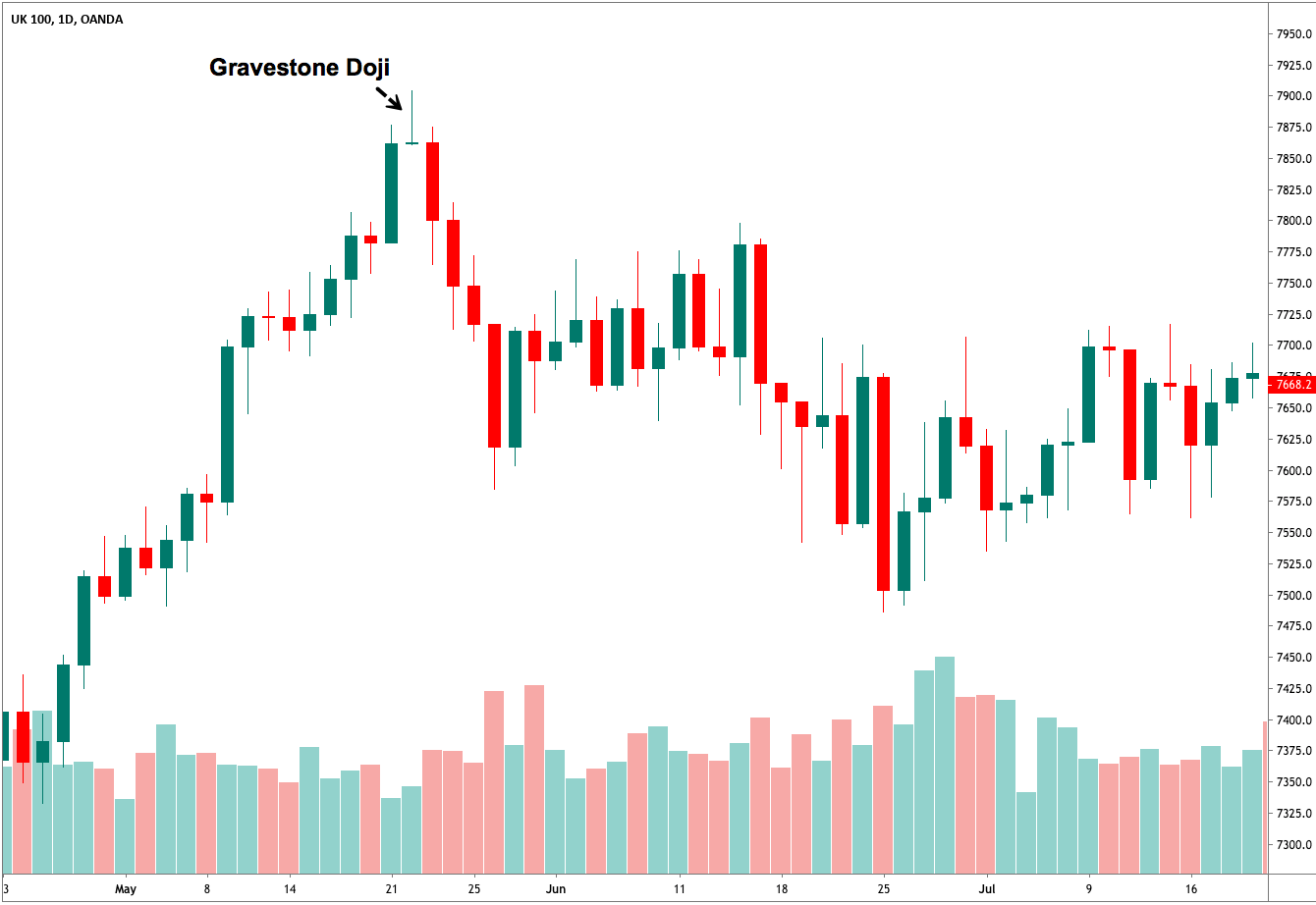 The Dragonfly Doji occurs when the price moves down since the open, and then it comes back and closes at the open. When it happens after an uptrend is a variant of a hanging man. 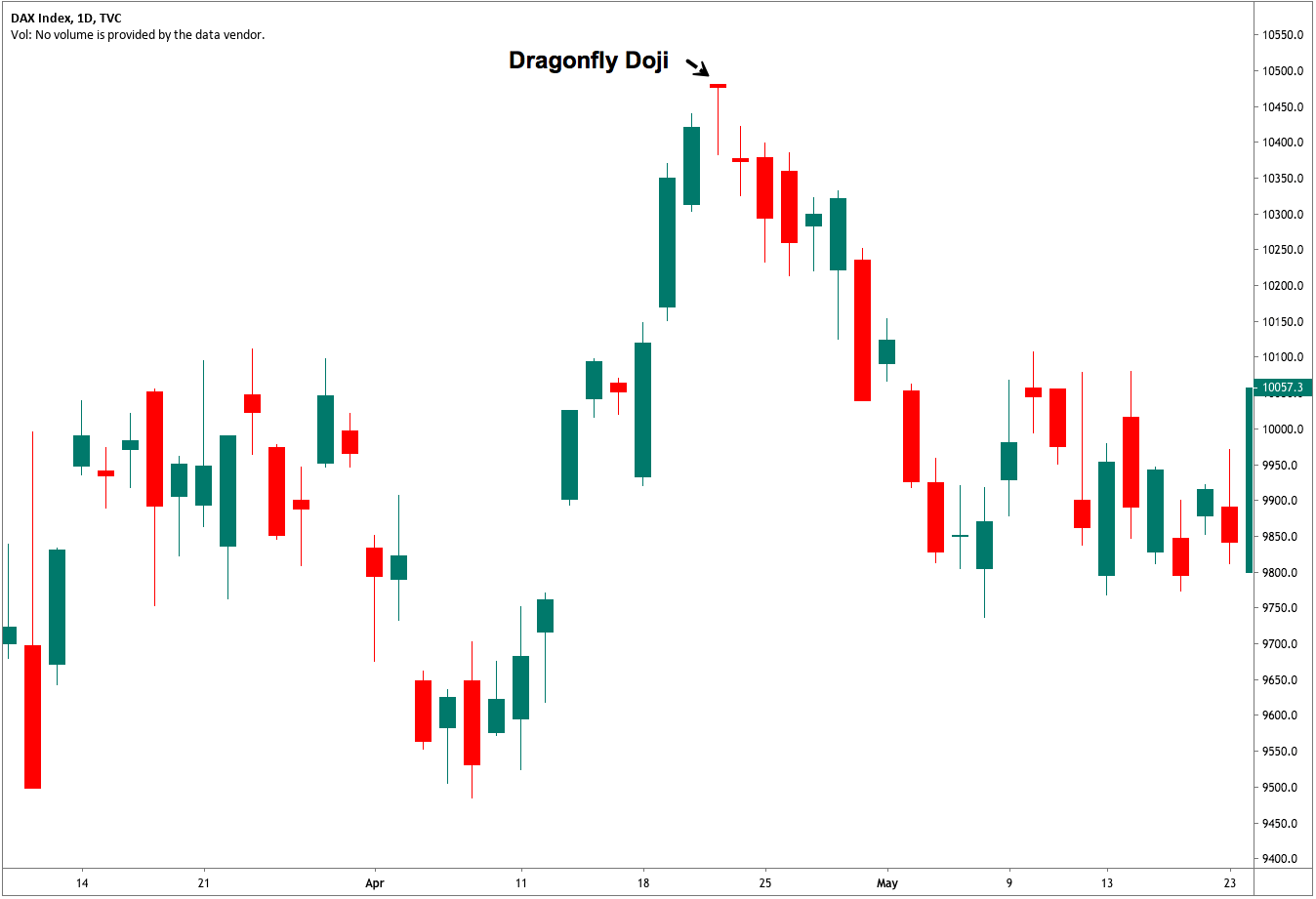 Dojis are important figures that warn trend reversals, especially if it happens at support or resistance levels.

Dojis need confirmation for trend reversals. When that happens, they create morning star and evening star formations. They also are followed by other small bodies, creating a flat top or bottom.

A safe precaution when encountering these figures while a trade is active is to close or reduce the position or, alternatively, tight the stops.