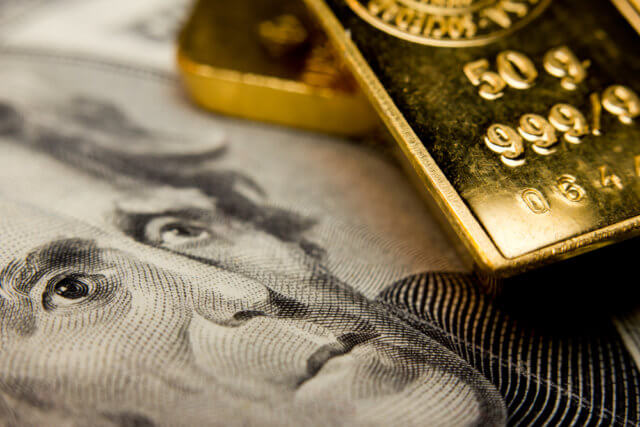 During the Asian and European sessions, the precious metal gold surged as traders hedged against a possible intensification in the U.S.-China trade conflict before a Dec. 15 deadline for fresh U.S. tariffs.

Overall, the precious metal remains under pressure in the wake of a stronger U.S. dollar. The Average Hourly Earnings from the United States Bureau of Labour Statistics was published, which showed a decline in November to 0.2% from the expectations of 0.3% and weighed on the U.S. dollar.

The Non-Farm Employment Change for November showed growth to 266K from expected 181K and supported the U.S. dollar. The Unemployment Rate of the United States also declined in November to 3.5% from previous & expected 3.6% and added in support of the U.S. dollar.

Gold is likely to trade bullish above 1,459, which is working as a horizontal support level. The closing of Doji and Inside up bar patterns are suggesting chances of a bullish reversal in gold.

It looks like gold is trying to capture a bullish retracement, and it has completed 23.6% Fibo corrections at 1,464. This level is now extending substantial resistance to gold.