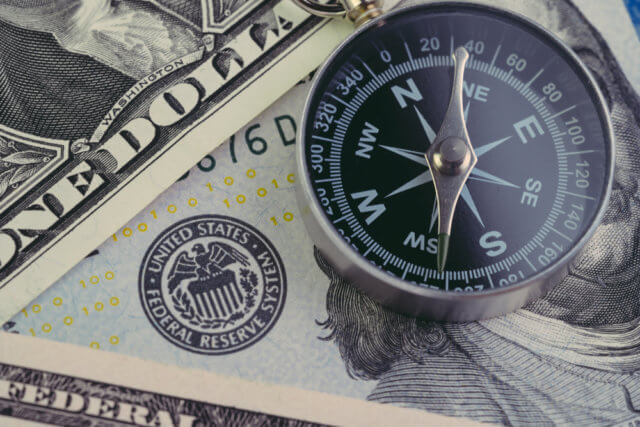 The forex traders are keeping their eyes on the Fed Fund Rate and Monetary Policy decisions, which are likely to drive some major price action in the market.

The U.S. Commerce Department reported that durable goods orders (preliminary reading) increased 2.4% on month in December, much better than +0.4% expected. The C.B. Consumer Confidence Index surged to 131.6 in January (128.0 expected) from 128.2 in December.

The EUR/USD was flat at 1.1018. Later today, the GfK Consumer Confidence Index for February will be released (9.6 expected). Although, the currency pair could hit the below level of 1.10 in the European session if the forward-looking German Gfk Consumer Confidence Survey (Feb) release below the estimate of 9.6.

As we all well aware that the EUR currency was poorly beaten last week, possibly due to the European Centra Bank’s President Christine Lagarde spoke unexpectedly dovish.

At the Brexit side, the United Kingdom Prime Minister Boris Johnson’s immigration efforts are continuing to getting mixed responses with the ‘Australian-style’ immigration vision getting hit by the independent Migration Advisory Committee (MAC).

Looking forward, chances of the Bank of England’s (BOE) next move are standing on the confusing track due to recently mixed data and Brexit concerns, as well as Governor Carney’s dovish tone.

The GBP/USD is stuck in a symmetric triangle pattern, which is keeping the pair supported above 1.2961 along with resistance at 1.3050. Since all eyes remain in the Fed rate decision, it will be nice to wait for the outcome to have a better idea about the trend.

The bearish breakout of 1.2961 support can lead the GBP/USD prices towards 1.2900. Taking a look at the MACD and RSI, both are holding in the selling zone, and are supporting the concept of selling. Keeping this in mind, we can go for selling trade below 1.3021 today.

The USD/JPY found on the bullish track mainly due to the mixed headlines from China. By the way, the par having hit the high of 109.30 and currently dropped to 109.12. As of writing, the USD/JPY currency pair is currently trading at 109.13 and consolidates in the range between the 109.00 – 109.30. Although traders are also preparing for today’s Federal Open Market Committee.

At the BOJ front, the Bank of Japan said that it should maintain low rate policy bias because it must be careful to risk Japan’s economy may lose momentum for hitting inflation. The statement also said to coordinate with govt’s fiscal policy, structural measures.

Whereas China’s promised to kill the coronavirus soon triggered the recent risk recovery, increasing the rate of death cases and newly infected cases keep risk-off sentiment in the market.

As in result, the U.S. ten-year treasury yields remain mostly directionless around 1.65%, after bouncing off the early October lows on Tuesday, whereas S&P 500 Futures lose 0.1% to 3,275 by the press time.

A couple of days ago, the safe-haven pair USD/JPY violated long-held horizontal support level has already been violated at 109.250 level, and now, the USD/JPY is holding below this level. At the same level, the USD/JPY is also getting supported by the bullish channel, which can be seen in the chart above.

The USD/JPY may find resistance around 109.250, which is the same level that provided support to the USD/JPY earlier. We can see selling below this level until 108.520. Moreover, the RSI and MACD have crossed over in the selling zone and are supporting the selling bias.