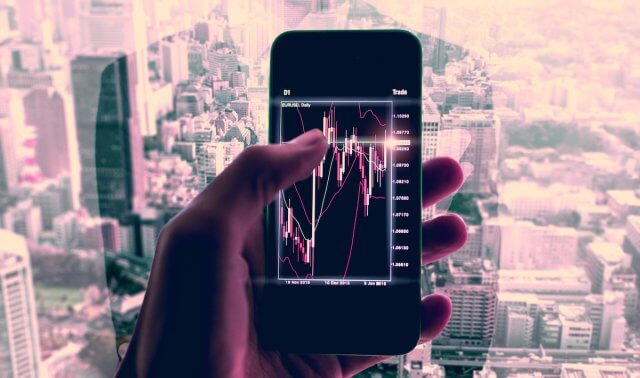 The EUR/USD closed at 1.18542 after placing a high of 1.19286 and a low of 1.18219. On Wednesday, Euro fell sharply against the U.S. dollar as the European Central Bank’s growing expectations will roll out additional stimulus after dismal Eurozone PMI data on Tuesday.

The Eurozone data on the previous day suggested that it had slipped into deflation as the prices of main goods were dropping for the first time in four years. As a result, markets were expecting another round of stimulus package from Europe’s central bank, which raised the European stocks higher.

The central bank’s expectations would unleash a new monetary stimulus, raised the global equities, and added pressure on EUR/USD pair. Expansion in more financial asset purchases is expected from ECB to stimulate the pandemic-stricken economy.

As the European Central Bank meeting is coming next week, some members have raised concerns that the Euro currency was rising sharply, and there was a need for more stimulus package in the economy. According to the ECB’s Chief Economist, Philip Lane, the euro currency levels do matter for monetary policy as a stronger currency generally weighs on export growth and curbs import prices that will lead to a slowdown in inflation.

These growing hopes for a fresh round of stimulus measures from ECB came in just after days the Federal Reserve announced its policy shift to tolerate a rise in inflation from its initial target of 2%. Investors interpreted the Fed’s latest decision as the interest rates will remain lower for longer.

These interpretations were also backed by the New York Federal Reserve President John Williams, who said that even talk of raising interest rates was so far off in the future. The hopes for another round of Europe’s stimulus weighed on the Euro currency and hence paired EUR/USD dropped.

At 14:00 GMT, the Producer Price Index from Eurozone for July rose to 0.6% from the forecasted 0.5% and supported the Euro currency. Most of the data came in against shared currency, and hence EUR/USD pair suffered losses on Wednesday.

As expected, the EUR/USD continues to extend it’s selling bias to 1.1812 level after violating the support level of 1.1890 level. On the lower side, the EUR/USD may find support at 1.1780 level. Above this, we can expect the EUR/USD to take a bullish correction. But for now, we can see the selling trend in the EUR/USD pair. Today, EUR/USD may find resistance 1.1825. Bearish bias dominates.

GBP/USD pair was closed at 1.33504 after placing a high of 1.34022 and a low of 1.32831. Overall the movement of the GBP/USD pair remained bearish throughout the day. After posting gains for three consecutive days and reaching its highest since December 2019, GBP/USD pair dropped on Wednesday and posted losses on the day. The fall in GBP/USD pair was triggered by the dovish commentary by the Bank of England on Wednesday.

Another reason behind the decreased GBP/USD pair prices was the increased safe-haven demand for the greenback that made the U.S. dollar strong and weighed on the currency pair. On Wednesday, the Governor of Bank of England, Andrew Bailey, said that the E.U.’s strategy to force Britain to follow E.U. rules in the future could be seen by European Union’s refusal to grant cross-border access to investment banking services from London.

European Union has said that as the Britain access to the bloc will end on December 31, the services of investment banks from London to E.U. member states will be blocked. E.U. said that it wanted to review the rules first, and then it will decide how much direct access it will grant all types of U.K. financial activity under its system.

British rules will be compared to the 27-nation bloc’s rules, and then the decision of whether to grant access will take place accordingly.

He also warned that the U.K. economy was facing a record level of uncertainty about its future and a significant risk that growth will be far weaker than recently forecasted. He added that the forecasts made in August were done in the face of huge uncertainty due to the continuous fight against COVID-19, structural economic changes, and stalled Brexit trade talks.

These comments weighed on a single currency British Pound and added in the losses of GBP/USD pair on the day. Meanwhile, the U.S. Dollar rose on Wednesday as the concerns around the U.S. elections and the ongoing US-China tensions have restored the appetite for the safe-haven greenback.

Furthermore, the BoE Deputy Governor, Ben Broadbent, said on Wednesday that fears that BoE was bailing out the U.K. government by financing its coronavirus surge in public spending were misplaced and the central bank has not lost its credibility.

Just like Broadbent, several BoE officials have sought to explain that the central bank’s decision to ramp up its government bond-buying since the COVID-19 crisis was not to restore monetary financing of the government’s spending push. Moreover, the British Pound also fell on Wednesday as the uncertainty over a post-Brexit trade deal between the U.K. & E.U. continued to weigh on the Sterling. With a lack of progress in trade deal talks, investors were concerned about the British economy’s future, and hence the pair GBP/USD dropped.

The GBP/USD pair is trading bearish at 1.3308 level, set to test the support level of 1.3168 level. The Cable has already violated an upward trendline at 1.3375 level, which is already violated. On the lower side, the GBP/USD pair may drop further below 1.3358 until the 1.3263 level. The MACD is also supporting selling bias; therefore, we will be looking for selling trades below the 1.3355 level.

The USD/JPY pair was closed at 105.955 after placing a high of 106.150 and a low of 105.589. The USD/JPY pair moved sideways on Tuesday but ended its day with posting gains as the selling pressure against the U.S. dollar was faded away after the release of ISM Manufacturing data and some fresh comments from Fed Governor.

However, the fading risk sentiment kept the gains in the USD/JPY pair checked after the coronavirus cases started to rise globally. The worldwide toll of cases reached 25 million with the United States on top with 6 million cases on Wednesday. India reported its biggest single-day surge in coronavirus cases of 78,761 on the weekend, while Spain reported a daily toll of more than 8000. After the U.S., Brazil, and India, now Russia has also entered the country with more than 1 million coronavirus cases. Besides, the Scottish government announced restrictions on people traveling from Greece to Scotland due to developing coronavirus cases.

The increasing number of COVID-19 cases decreased the risk appetite and helped safe-haven Japanese Yen to gain traction that weighed on the USD/JPY pair and limit the additional gains in the USD/JPY pair on Tuesday. Moreover, the renewed US-China tensions after Beijing’s new law to impose restrictions on tech export. China forced a ban on the export of tech companies that will require government approval, which will take 30 days approx.

The move came in against the order of Donald Trump in which he gave 90 days to the TikTok app for sale or transfer of its rights to the U.S. The tensions also supported the Japanese Yen and capped further upside in the USD/JPY pair on Tuesday.