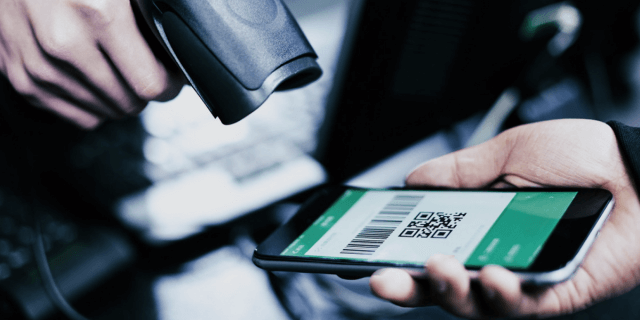 As the world economy transitions to a digital paradigm, there has been a steep decline in cash use. The shift in payment model was a long time coming since the invention of debit cards and electronic payments platforms a few decades ago. With the advent of online retail stores and fintech payment apps, the use of cash has declined even more, bringing the convenience of making secure transactions from anywhere in the world. Banks have also stepped up their operations by offering online banking services, thereby creating a sustainable cashless ecosystem for seamless transactions.

While a recent report suggests that cash has maintained its sovereignty in the economy, especially in smaller value transactions, the current Coronavirus pandemic gives an impetus to avoiding unnecessary physical transactions. Countries like France, Japan, Sweden, and the United Arab Emirates are already exploring the feasibility of using a central bank-issued digital currency. Even the People’s Bank of China made a recent bold claim saying that physical cash may one day become obsolete. That said, it is a no brainer that China is spearheading the transition to a cashless economy through its Digital Currency/Electronic Payment (DC/EP) program.

Advantages of a Cashless Economy

The radical shift to a cashless economy is set to benefit both the state and the consumers. Some of the most pronounced benefits include:

Paying for an item using fiat currency usually takes time since the transactions are processed manually. Consumers have to stuff their pockets with messy banknotes and clunky coins which are exchanged for goods or services. The retailer will then have to take the cash, calculate the goods worth against the amount paid, and then give spare change. For a time-sensitive business, the extended time spent processing transactions manually is detrimental to its overall operations.

In a cashless economy setting, however, a retailer spends less time processing payments. Through payment solutions such as Apple Pay and Google Pay, users pay the exact amount of their goods worth, thus alleviating retailers the hassle of computing payments.

The current fiat currency economy has numerous loopholes that are often exploited to perpetrate financial crimes. This explains why illegal transactions such as money laundering and tax evasion malpractices are common despite governments putting measures to curb these menaces. Similarly, corruption and organized crimes are facilitated by the cash economy model, which lacks a transparent paper trail.

Transactions made using digital payments are easily traceable since they are recorded in a ledger model. This allows central banks to monitor all transactions and ensure monetary policies are respected. As such, the newfound transparency of a cashless economy is a powerful tool for fighting corruption, tax evasion, and other financial crimes. Actually, one of the main reasons why China is aggressively pushing the development of its DC/EP is to protect its capital borders by tracking illicit cash flow into the country using the digital payment models. From a consumer’s view, a cashless society also means that there is no tangible money for criminals to steal.

The infrastructure supporting the cash economy framework tends to be expensive for financial institutions and retailers who are the key recipient of all the cash in circulation. Think of ATMs and Point of Sale (PoS) machines and other secondary infrastructure that need upgrades and regular maintenance to keep them functional. All payments in a cashless economy are transacted in a digital model, eliminating the need for cash infrastructure. Overall, the cost of processing payments reduces saving banks and retailers’ resources that can be channeled into other administrative areas.

Hidden Dangers of a cashless economy

Sure, a cashless economy has its perks, but much like any other great leap forward, there are issues to be wary of.

i) Financial inclusion is undermined

As the World Bank works to promote financial inclusion, the sprouting digital economy that forms the basis of a cashless economy may counter efforts to raise the public’s access to financial services. For starters, certain members of society aren’t tech-savvy, particularly the older generation. This group of people prefers paying in cash as they aren’t familiar with navigating the electronic payments to make a purchase. Moreover, cashless payments are reliant on supporting infrastructures such as internet-enabled devices and electricity. In underdeveloped areas where these infrastructures aren’t available, the population there risks being frozen out of financial services.

There is a general concern that the incoming cashless economy will be used as a surveillance tool. Keeping in mind that all digital payments are transparent and offer a traceable paper trail, it is easy to see why a cashless economy is a potential threat to personal privacy and security.

In China, where the central bank (PBoC) is working on digitizing the national currency, it is feared that the government will have absolute control of citizens’ economic freedom.

Think of the numerous times big tech companies such as Facebook and Google have been found guilty of misusing users’ data. Now, imagine what an authoritarian government can do with citizens’ data sourced from a cashless economy!

iii) The high cost of infrastructure

There has always been the fear of professionals losing jobs to automated processes. Unfortunately, the case isn’t different in a cashless economy where digital payment processors will take over the role of cashiers and bank tellers. Accountants and auditors are also at risk of losing their jobs as the reconciliation of invoices and tracking of transactions will become streamlined, thus requiring less effort from these two professionals.

Setting the stage for a cashless economy

Keeping in mind that cashless payments may lock the less tech-savvy population out of financial services, cash payments shouldn’t be abolished entirely. As such, the two models, cash and cashless economies, need to co-exist to ensure everyone has access to guarantee maximum financial inclusion.

Innovative fintech start-ups have largely promoted the growth of a cashless economy. However, there hasn’t been much collaboration between fintech companies and banks who play a crucial role in the circulation of money. Most governments have also been less involved in fintech developments. As such, the cashless economy has grown slower than the anticipated rate due to the lack of collaboration between these entities.

The challenge here is that fintech companies have failed to win users’ trust as far as data privacy is concerned. On the other hand, banks and governments have won a relatively high level of trust from the public. In this case, the three entities must work together to leverage each other’s contributions. The fintech companies have the innovations and tools to design cashless payment solutions, while the banks and governments have the public’s trust and money required to fund the solutions.

As tech solutions intersect all spheres of life, it makes sense that the payment systems evolve into digital solutions. That’s why it’s exciting to learn that central banks are working to develop digital currencies in line with the incoming cashless economy. The existing digital payment model can be used as a benchmark for addressing the concerns of a cashless economy while also anticipating the innovation demands of new customers.