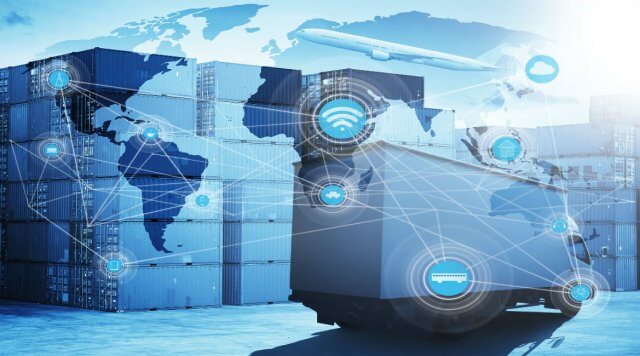 Blockchain technology continues to dominate headlines across the world thanks to its revolutionary solutions. In fact, an almost never-ending list of projects have been rolled out in various industries, demonstrating the benefits of this technology.

The global trade finance market in particular is a fertile ground for blockchain solutions given the inefficiencies and fraud vulnerabilities plaguing the industry. The paper processes involved in the current trade finance framework need to be upgraded to digital operations and blockchain could play a big role in this transformation.

Basically, blockchain solutions aim at filling the gaps in an industry’s operational processes. For this reason, it helps to understand how the trade finance industry runs, so as to identify blockchain’s potential entry point.

Trade finance refers to the financial products and companies that facilitate international trade. This means that there are several third-parties involved in a successful trade, adding cumulative costs.

For example, imagine a local company seeks to import goods from an overseas company. The importer needs to pay for the goods but is hesitant to do so before full proof that the goods will arrive as ordered. The exporter on the other hand is also hesitant to ship the goods without proof that payments will be sent for the goods supplied. This is where intermediaries come in.

To ensure that both companies keep the end of their bargain, the importer’s bank sends a letter of credit to the exporter, promising to pay for the goods. However, the payment can only be made once the importer receives a document showing that the goods have been loaded into a cargo for shipping.

This trade finance framework has been in place for quite a long time, with lots of paperwork being sent back and forth between the importer and exporter. It gets even more intricate with the involvement of freight forwarders, insurers and other small companies, making it prone to errors and frauds; not to mention the time and money used in the process.

Blockchain, as a distributed ledger system, has the ability to streamline trade finance by creating an  end-to-end network where exporters and importers can engage directly. Here’s a quick primer on how blockchain can improve trade finance:

By eliminating the need for an intermediary, blockchain can create a trade finance ecosystem where the importers and exporters share trade-related data in real-time. This would go a long way into minimizing delays and errors, thereby cutting the cost of documentation and increasing transaction speed.

A typical trade finance transaction requires the constant update of documents especially those related to regulatory and financial policies. This results in numerous paperwork and an opportunity for errors leading to expensive fines and lawsuits.

With a blockchain-based finance trade platform, all the necessary data is stored in a decentralized ledger for relevant parties to access. As such, it becomes easier to update the documents in compliance with the relevant authorities.

Since blockchain is decentralized, all involved parties in trade finance transactions can view and approve the necessary documents throughout the transactional cycle. What’s better, the ledger system can keep an account of all transactions including the past and the recent ones, all in a tamper-proof record. This way, it is easier for financial institutions to conduct an audit on all transactions, further reducing the risk of fraud.

Blockchain enables traders to initiate smart contracts which ensures that all trading procedures are dutifully executed. For importers, smart contracts ensure they only pay for the right amount of goods as ordered while ensuring the exporters don’t change the number of goods. As such, there won’t be a scenario where the importer spends more than what is documented in the original bill of lading.

One of the most classic applications of blockchain is in the supply chain, where it is applied to track goods and streamline the process. Trade finance’s intricate supply chain can therefore benefit a lot from the integration of blockchain into its logistics. As such, it’ll be easier for importers to track their goods and even mitigate potential delays, which increases confidence between trading partners.

However, before blockchain can be fully integrated into the trade finance industry, there are a couple of improvements that should be made.

Currently, it is quite difficult to implement blockchain solutions in trade finance given that the parties involved often work independently. For blockchain to penetrate the trade finance industry, the global trading partners, financial institutions, shipping companies, and other key stakeholders need to talk in the same digital language.

Unfortunately, to some of the parties involved, trade finance isn’t necessarily their highest priority. So, they might not be interested in switching to blockchain solutions. In the case of a bank, for instance, the financial support they provide to importers and exporters is just a piece of their larger service package.

Blockchain by itself is a secure technology leveraging the power of cryptography to safeguard all transactions, or rather data, recorded in the system. But, the technology has to be modified to suit the trade finance market. Usually, the modification is done using additional technologies and coding languages, which end up creating loopholes in the ledger’s security.

Blockchain is a new technology whose concepts and functionality hasn’t been adequately addressed by existing regulations. This explains why trade finance executives have a problem adopting blockchain solutions, despite their evidential benefits.

Blockchain developers and entrepreneurs have also been on the receiving end of harsh government regulations, crippling their efforts in developing better blockchain solutions for trade finance.

On top of it all, upgrading from the existing trade finance infrastructure to blockchain-based solutions is overly expensive.

Trade finance has for long played a huge role in the economic growth of every country. While it’s current framework serves the purpose, the industry could benefit from upgrading to blockchain, especially in the current modern times where most activities run on technology. Nonetheless, the success of blockchain technology in the trade finance industry hinges on the wide-scale adoption of the technology.