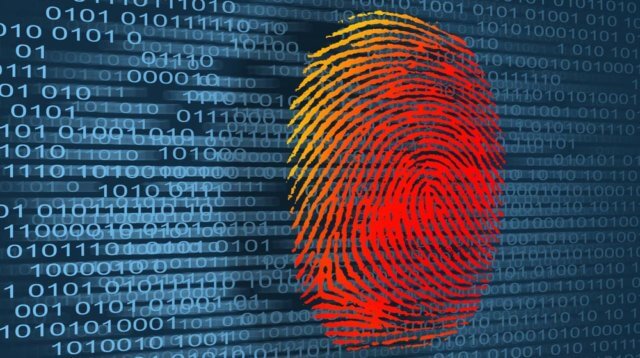 The ability to have control of our own identities has never been more pertinent than today. This is the internet age – and that has massive implications for our privacy, security, and autonomy over our own identities. Two issues emerge: that of populations not having an identity, as well as the implications of entrusting our identities with big and powerful organizations.

Recent research shows that a staggering 89% of consumers do believe that organizations are not doing enough to protect their data, while more than half of CEOs admit that consumers are not mistaken to think this.

So how can we get past this stalemate?

Blockchain technology has demonstrated its ability to change how things are done across industries. Can it also help with the thorny issue of identity management? The answer is yes, and an increasing number of platforms utilizing blockchain are emerging that aim to empower users with more control over their own identity. Also, a new concept – that of self-sovereignty- has emerged thanks to blockchain technology.

We are going to look at what exactly identity is, explore the concept of self-sovereignty, and look at how blockchain can help us manage our identities better. We’ll also take a peek at some of the exciting organizations that are using blockchain to give users more autonomy and control over their identities.

Personal identity is a human right, according to article 8 of the UN’s Convention on the rights of the child. A person’s identity comprises:

We cannot overemphasize the importance of having an identity. Without having a form of identification, one cannot access government services, own property, have a bank account, or be employed full-time. Without an identity, it’s so hard to participate in society because you cannot prove that you are who you say you are.

Despite identity being so important, the current identity space is far from ideal. Data – such as passport number, social security numbers, and driving licenses is all stored in centralized servers by centralized organizations. This means three things:

Let’s get a look at each of these:

Currently, centralized organizations have the power and the right to validate and issue identities to people. This system has left so many people in the world without an identity. According to the United Nations, 1.1 billion people in the world have no way to prove their identity. Due to this, these people have been left without access to basic financial services such as opening a bank account. This means that these people are excluded from the global financial system. As such, it is difficult for these people to escape the cycle of poverty.

We have seen what happens when we trust organizations with our data. The 2016 Facebook and Cambridge Analytica scandal is an excellent example of how powerful organizations can abuse user data.

The scandal involved Cambridge Analytica getting their hands on Facebook user data. The data that was leaked included public profiles, birthdays, city of residence, and page likes. For some users, things like a timeline, a news feed, and private messages were accessed. Around 87 million people were victims of this data breach – 70.6 million users being from the US.

Identity theft is another issue with the current identity setup. For example, someone can steal your identity to use it to take out a loan using your credit card. A prominent example of this is the Bari Nessel case in San Diego, California. Bari Nessel would employ people and, in the process, obtain their personal information. She used the information of one employee to take out huge amounts of loans using their credit card.

Another case, with more dire consequences this time, is that of Equifax, a US-based credit reporting company that was hacked in 2017. Through the hack, the data of half the US population was stolen, including names, birthdays, residential addresses, social security numbers, etc.

What Did This Attack Reveal?

First of all, we don’t really have control over our data. We trust third-party companies to keep it secure for us, but seeing as they are centralized platforms – they have a single point of failure, meaning one attack is enough to breach the privacy of millions.

Also, it’s hard to know if the company knew they were under attack but chose not to inform users nevertheless. So, there is also the issue of lack of transparency.

What Lessons Can We Learn From This?

Incorporating the blockchain into identity management would solve all these problems. Let’s take a quick look at what blockchain technology is.

What Is Blockchain Technology?

Blockchain is a technology that was first brought to life by Satoshi Nakamoto in 2008. A blockchain consists of a distributed ledger with timestamped transactions. Distributed means that the ledger is controlled by thousands of computers all over the world. Each ledger has blocks of data that are linked to each other using cryptography. Blockchain has three very special features:

So how will blockchain solve the current identity management issues?

Blockchain would promote self -sovereign identity by facilitating the following characteristics:

Blockchain can also give people more choices on how to manage their personal information.

Through the blockchain, individuals can:

Blockchain can help users deploy anonymous authentication to ensure maximum security. This means that users can anonymously use uniquely identifying attributes to identify themselves in a given situation.

The current digital management system is, to put it mildly, broken. Blockchain can fix this. Blockchain-based identification would afford us more security, more transparency, and more control over our identities. Blockchain can also bring more equality in the world by helping millions of people without an identity to get one. This way, they can play a bigger part in their societies and access their rightful services just like everyone else.

Already, several blockchain-based projects have taken the mantle in this regard. Let’s wait and see how they will shape the space.