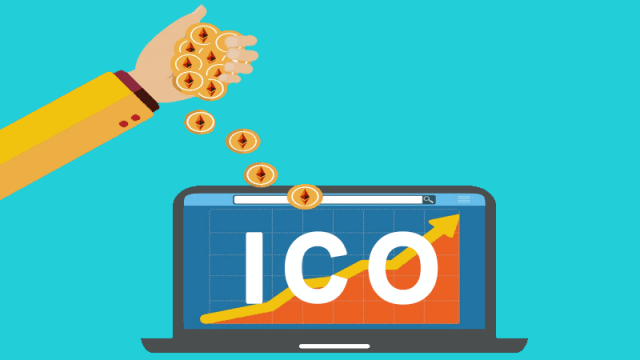 An ICO (Initial Coin Offering) is a strategy startups use to raise capital to fund a project by selling digital tokens. The project’s nature could vary from building an app to creating a new service to developing a new cryptocurrency. It is a similar concept to an Initial Public Offering (IPO) – the sale of shares by corporations to raise lump sum capital.

ICOs, just like IPOs, often excite investors, which is why: at the launch of an ICO, tokens are usually sold at an outrageously discounted price. If the project goes well, the startup will become attractive to investors, and so will be the tokens. At this point, early-bird investors can sell their tokens at much higher prices and walk away with their newly-acquired wealth. This is the same thinking IPO investors have.

Despite the potential to gain massively from these investments, the risk of losing everything always lingers. If the project is a false start, the startup behind the ICO will fail to attract investors, and the tokens will be, at best, a little more than useless.

This article explains ICOs in detail, the benefits of investing, and the risks involved. Read on to know if they are a worthy venture.

First, it’s worth noting that cryptocurrency startups typically offer iCOs. Startups have limited access to funding. To make it worse, crypto startups lack the assets to back up liabilities such as credit, and this fact makes them particularly unattractive to creditors.

When such organizations want to raise capital, ICOs come to their rescue. It all starts with publishing a technical paper detailing their idea. The whitepaper will explain the capital requirements, what the project will achieve at the end, how many tokens investors will keep, how the tokens can be redeemed, and so on. An elaborate paper is crucial in convincing investors to jump aboard.

During the offering, those who have read the paper and see potential in the idea will buy the tokens using fiat money or crypto. In the future, issued tokens can be redeemed for cash. However, there are cases where the tokens only represent a stake in the organization and only entitle the holders to dividends.

If the ICO fails to raise the amount needed to pursue the project, the startup may refund investors. Otherwise, it will use the funds collected to implement the proposed project. It is important to note that ICO activities are not regulated – and that’s a huge risk. Luckily, the US Securities and Exchange Commission (SEC) can intervene if it believes the ICO is illegal and may harm investors, as was the case with Telegram’s 2018 ICO. Nonetheless, the SEC’s jurisdiction is limited to the United States, something that you need to keep in mind.

ICOs and IPOs have a lot in common, especially in terms of how they work. Below are some of how the two compare:

Despite the similarities, there are notable differences between the two. For instance:

How to Participate in an ICO

There is no specific process for venturing into ICOs. However, the general guide below can help you get started.

Not all ICOs are established with genuine intentions. Like it is the case with any other investment alternative, you should be extra-careful when approaching an ICO investment. Pump-and-dump schemes involve overly hyping an idea to mislead investors into thinking that the proposed project will be super successful. In a typical pump-and-dump scheme, ICO owners will make outrageous claims about the potential of their idea. Then, clueless investors will buy the tokens in large quantities. Naturally, the project will fail after the capital collected has been spent, meaning the startup will have no money to pay investors.

It might be difficult to read the intentions of ICO owners from the start. However, if you see an influencer promoting a certain ICO, you should be vigilant. Using authoritative figures to market ICOs is among the best-known tactics pump-and-dump schemers use.

ICO critics have long speculated that the concept is just a fanfare whose curtains are due to close. In 2017, Wired predicted that the ICO bubble was about to burst, but obviously, it didn’t. In 2018, cryptocurrencies saw an all-time decline in market capitalization, with Bitcoin losing over 70% of its value. The thing is, cryptocurrencies ride on speculation, and speculation cannot be predicted. Therefore, we cannot validate claims of a looming ICO bubble burst. What’s more important is to do your due diligence before diving into this unpredictable business.

ICOs present an exciting investment alternative to crypto enthusiasts. They offer many benefits that traditional IPOs lack. For instance, you can invest for as low as a few dollars. You are also not restricted to any country – provided you can access the ICO’s website, you can participate. Generally, ICOs have opened up investment opportunities to more people. However, it would help if you exercise caution when dealing with them. Their unregulated nature means if anything goes wrong, legal redress might be impossible. But since all investments are risky anyway, you might want to give it a try regardless.