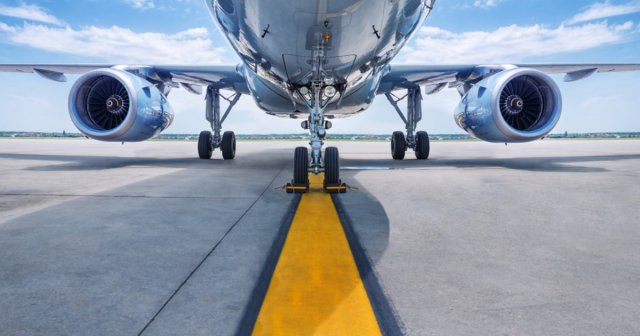 The growth of any industry is pegged on its ability to keep up with evolving technology. For the service industry, it becomes even more important to adopt emerging technologies to improve customer experience. Blockchain is one such emerging technology that is set to catalyze the growth of numerous industries in the wake of the fourth industrial revolution.

But for the better part of its existence, Blockchain’s potential to disrupt industries only sounds good on paper, with little to no implementation in the real world. As such, it’s impending penetration into the aerospace industry may seem just like a fad with no hopes of implementation. Still, the industry features highly fragmented distribution channels, minimal business model innovations, not to mention its inability to effectively use data and analytics to improve key operations. However, all these could change if airline companies are willing to experiment with Blockchain. As a service industry, air transport stakeholders need to consider using Blockchain to improve customer experience.

So yes, Blockchain in the aviation industry is not just a hyped craze. In fact, it could mean the difference between the leading airline company, and a less competitive one, is the one that is first to adopt the technology.

What can Blockchain do For Airlines?

The intrinsic characteristics of the aviation industry align impressively well with the capabilities of blockchain technology. As such, it’s poised to provide a fertile ground for innovations within the industry in the following ways:

The airline and the broader travel industry are characterized by data sharing among multiple actors, from flight booking to immigration, to hotel check-ins and everything in between – all, which creates a complex web of data reconciliation that runs behind the scenes of every touchpoint of a traveler’s trip.

For an airline company, managing flight data and any other information entail the use of electronic aircraft maintenance records (EAMR). These record systems often operate in isolation, creating data silos that inhibit efficient data sharing.

Case in point; it’s common for the passenger service department of an airline company to use a separate database from that of the crew management. This compromise, not only operational integrity but also puts revenue generation at stake in case something goes wrong. Since almost every department maintains its own database, it becomes time-consuming to extract data, say, in the event of an audit or investigation of an aircraft accident. Further, there may be discrepancies between data stored in different silos leading to flight delays or other unplanned expenses.

With too many systems in play, airline companies could benefit from a decentralized database that can facilitate seamless data exchange among various departments of the same company. This way, flight operations will run smoothly with fewer resources spent on maintaining databases. Data reconciliation will also get easier with Blockchain as any update or changes of the recorded information are updated in real-time across all departments.

In the air transport context, identity theft can be used to commit fraudulent activities, including terrorism, consequently putting other passengers at risk. Although the use of biometric systems has subsidized cases of identity theft, centralized identity management systems aren’t entirely safe from manipulation. Now enter Blockchain. Once an identity is recorded and validated on the network, it is secured using hash cryptographic function, rendering it immutable. The passengers will only be required to carry a unique code — similar to a private key — for verifying themselves. To further suppress the chances of identity theft, the airline authorities can liaise with the state security officials who will be added to the blockchain network to scrutinize the details of every passenger.

Most airlines outsource their cargo logistics to trusted handlers. Even for airline companies that have in-house cargo logistics, they are riddled with a mix of manual and automated processes creating weak links on the cargo management chain. The outsourced parties suffer from non-standardized processes as well.

Similar to the identity management use case, every baggage will have a unique code that’s encrypted in the blockchain network. Each phase the luggage goes through, from origin to recipient, its code can be scanned and the location updated on the network in real-time. But, it’s easy to achieve such functionality using traditional technology, why to bother using blockchain technology, you ask.

As such, it’s less reliant on the network bandwidth, meaning airlines won’t experience network congestion as the system synchronizes the baggage code. Further, the digital ledger tracks luggage at critical checkpoints throughout the trip; from the initial handover to when, the baggage is loaded into the plane until it’s finally delivered to the passenger. This saves airlines money spent on securing baggage and settling cases of lost goods.

Repair and maintenance of aircrafts

The repair and maintenance of different parts of an aircraft need to be logged to serve as a reference to the airworthiness of an aircraft. Usually, records of this maintenance are recorded in bulky manual binders before being loaded in separate databases.

Blockchain can be used to electronically store these records minimizing chances of clerical errors that would otherwise be fatal. The electronic trail will be accessible to the maintenance technicians and aviators, both of who would work harmoniously to ascertain if the aircraft is safe enough for flight.

The same functionality could be replicated on aircraft fueling processes. Using a blockchain application, real-time fuel data would be shared among concerned stakeholders; in this case, the fueling company, the airline, and the bank. In the event fuel levels drop to a certain predetermined level, the fueling company gets a notification and responds accordingly. Once refueled to an agreed limit, automatic payment from the bank to the fuel supplier is initiated via smart contracts. The goal here is to speed up the refueling process and eliminate inefficiencies experienced when handling the process manually.

Blockchain application in the aviation industry goes beyond data management. The technology can also be used to tokenize e-tickets using smart contracts, thereby eliminating paper-based tickets and electronic passes. The tokenized tickets will have their own business logic and terms such as value and time of usage, allowing passengers to sell and buy tickets from anywhere in the world. Ultimately, the use of blockchain technology in aviation will inspire innovations of sustainable business models aimed at reducing costs and improving operations.