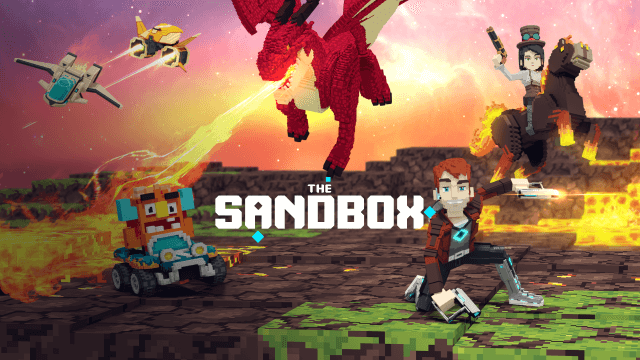 Online gaming is a favorite pastime for millions of players around the world. However, the current structure is beset with problems such as fraud, lack of guaranteed security, and game creators not getting their fair share of the revenue. In an extremely skewed version of events, it’s powerful entities that own the rights to games and not the actual owners.

What if this changed? What if game creators owned their content and could generate revenue from them in a decentralized, secure, and safe environment? What if players explored their favorite games in that environment and earned from simply participating?

This is what Sandbox, a blockchain-powered gaming project, wants to achieve. This article explores the protocol as well as its native cryptocurrency, SAND. We’ll also look at the brilliant team behind the project.

Sandbox is a platform where players worldwide can experiment with games – including building, owning, and earning from them. The Sandbox team wants to disrupt the current centralized gaming environment and create one in which content creators can truly own their work. Ownership will be in the form of non-fungible tokens (NFTs), and participants will be rewarded in the network’s native SAND tokens.

In the existing gaming environment, game developers’ give up nearly all control of their rights to ownership. This, in turn, means they don’t get the fair value of their creation. On top of that, it can be challenging to prove the original owner of a creation, especially after being modified, copied, or built upon.

Sandbox says its vision is “to offer a deeply immersive metaverse in which players will create virtual worlds and games collaboratively and without a central authority.”

It aims to do this by promoting the concept of blockchain in the gaming world in general and providing a voxel gaming platform for players to build, share, play, and trade in games without centralized control. Game creators will also have complete ownership of their content, and they also get to earn crypto tokens for simply participating. Copyright ownership will be accomplished through non-fungible tokens, with in-game items having a unique and fraud-prone identity on the blockchain.

With that, let’s explore

How exactly the Sandbox environment works.

The Sandbox environment comprises three core products that work together to provide a conducive environment for content creators and players. Let’s take a look at them:

#1. VOXEDIT – This is a 3D voxel tool that allows users to create and animate objects such as animals, buildings, people, etc. and then relay them to the Sandbox marketplace as assets.

#2. MARKETPLACE – This is an internet-based marketplace where users can export, publish, and offer their creation (assets) for sale.

#3. GAME MAKER – This is a tool that asset owners – either by creating them in VOXEDIT or purchasing them, can place and use them in a ‘land’ in a virtual world.

Non-fungible Tokens (NFTs) in the Sandbox

The Sandbox ecosystem utilizes blockchain tech and non-fungible tokens to provide an empowered gaming experience to participants. Each token is unique, indivisible, and not interchangeable. Through NFTs, Sandbox users will benefit in the following ways:

#1. True Ownership of Creations – Developers and gamers are the true owners of gaming content. Sandbox will operate in a blockchain-powered environment where every digital item is tokenized in an immutable and fraud-free way. Game owners can then do with their game items as they wish – trade, sell, or gift people.

#2. Security and Immutability – On Sandbox, game owners can tokenize and trade/sell their creations in both primary and secondary markets. This would attract fraud and theft in a centralized environment, but such risks are stamped out thanks to the distributed and cryptographically secured nature of the blockchain.

#3. Trading – Thanks to the blockchain-powered ecosystem, users can buy and sell game items in a secure way and without concern that they might be defrauded.

#4. Cross-application Interoperability – Blockchain enables an app to share assets such as LANDS, avatars, and other game elements compatible with it. In short, game elements are not constrained in just one digital environment.

SAND is the native cryptocurrency and an essential part of the Sandbox platform. The token is based on Ethereum, and it plays the following roles:

The Sandbox team has come up with a stakeholders’ approach to work towards a model where the value of the ecosystem, in general, accrues value to the SAND token. Revenues generated will be distributed among four stakeholders. The goal is to support high-value gaming experiences and provide growth resources to expand Sandbox’s reach.

The stakeholders will be as follows:

#1. Foundation pool: for making sure revenue generated through the ecosystem accrues value to SAND

#2. Staking pool: for providing yield and value to participants who stake in SAND. Token holders who are also active gamers get to generate extra yield.

#3. Company treasury: these are tokens owned by the company and are proceeds from the sale of assets. Tokens generated this way will be sold back to the market to cater for operational expenses.

$4. Company reserve: this is the company reserve of 20% of the total token supply. It will be funded with the proceeds of the sale of assets with a six-month lock-up

Sandbox has assembled a team of 42 to execute its vision. 28 of these are in Argentina, while 11, 2, and 1 are in France, Korea, and Japan, respectively. That said, let’s look at the core team:

Director Arthur Madrid is the co-founder and CEO of Pixowl and has years of experience in social gaming. He’s also an advisor to gaming and social media startups.

COO and Director Sebastian Borget is also the COO and co-founder of Animoca Brands. He’s very passionate about blockchain tech and is one of the most visible evangelists of non-fungible tokens’ potential. Borget is the president of the Blockchain Game Alliance as of 2020.

CFO Marcelo Santurio is co-founder of the first-ever online payment company in Latin America and has over 20 years of finance, tech, and gaming experience. Santurio has an MBA with a focus on finance from the London School of Business.

The inventor of the Sandbox idea, Pablo Iglesias, has 10+ years of research and development experience in emerging procedural systems.

CTO Lucas Shrewsbury is the ex-CTO of Gameloft, a gaming company, where he managed a team of 200 people and has 10+ years of experience in mobile gaming.

Sandbox wants to change how things are done in the online gaming world by injecting more transparency, fairness, and creativity. Let’s see how the team continues to innovate in the future.