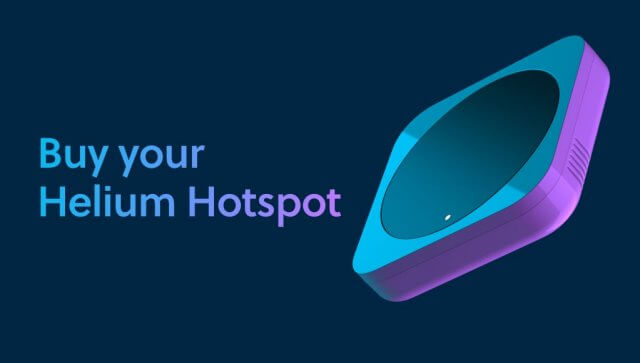 The Internet of Things is already a billion-dollar industry, with billions of connected devices as of today. Also, IoT spending is on track to reach almost $1.4 trillion by 2021. While the IoT industry continues to grow, it needs a secure and readily available internet to flourish. However, the available solutions, i.e., cellular, WiFi, and Bluetooth, are either too expensive, too energy-intensive, or too limited in range.

The Helium network is a blockchain-powered wireless network that allows devices from anywhere in the globe to connect to the internet and establish their location without needing power-intensive satellite location hardware or costly network plans. Helium wants to utilize the blockchain to bring decentralization to an industry long dominated by powerful monopolies. The result is that an affordable wireless network becomes a commodity available to anyone.

Helium’s secure and open-source network also allows developers to build energy-saving, internet-connected devices in a fast and low-cost manner. With this, the project wants to ‘Start a Wireless Revolution.’

At the time of writing, the network had 10,426 total hotspots, with close to 8 billion credits spent, per its website.

Launched in 2013, Helium is a decentralized wireless network that seeks to offer a secure and cost-effective way for low-power devices to join the IoT industry. The Helium protocol runs on blockchain technology and uses the HoneyBadgerBFT consensus model.

Helium has the following core features:

The Helium Hotspot is a wireless router by Helium. Just like other LoRaWAN devices on Helium, the Hotspots support miles of wireless network for anyone to carry out mining and help maintain and support the network.

This is an internet-based management tool through which developers can register, verify, and manage their devices in the network. The Helium Console is responsible for managing user-level permissions, registering devices IDs, onboarding new devices securely, and utilizing data credits.

This tool combines LoRaWAN with the Helium blockchain, so any LoRaWAN device can plug in and start transferring data on the network. LongFi supports the following:

These are location trackers enabled by Helium. They can track all sorts of things: from pets to luggage, to keys, and pretty much anything that’s covered by the Helium network.

Here, we look at the infrastructural highlights of Helium.

PoC is a variation of the Proof of Work consensus algorithm that utilizes radio waves to verify hotspots’ location on the Helium network. PoC constantly requires routers to prove their wireless coverage quality by decrypting and transferring LongFi data over the network. Helium Hotspots stand to earn HNT for submitting valid coverage proofs.

Helium’s consensus mechanism involves 16 participants – who form the Consensus Group (CG) – elected once every epoch. Any active Helium Hotspot on the network is eligible for election to become part of the CG, although they’re more likely to be chosen if they pass the PoC challenge.

For every election, 4 new CGs are added to 12 members from the previous election. A Hotspot can participate in no more than 4 consecutive CGs. If a CG member performs poorly, they’re likely to be removed before the 4 epoch limit. Mining rewards are distributed among participating members at the end of every epoch.

Participants in the Helium Network

The participants of Helium can be thought of as these below:

This is an open wireless protocol that is long-range, low-power, and most fitting for use with commodity open-standards hardware. Hardware that’s compatible with WHIP can communicate over many square miles, whether in dense urban settings or rural areas. Such hardware can also last for many years using standard batteries. WHIP utilizes public-key cryptography for security, with verification taking place on the Helium blockchain.

These are physical network devices that transfer data back and forth between routers and various devices. Hotspots also generate proof of coverage, and they can also geolocate devices through the Helium network without any additional apparatus.

Devices are hardware products embedded with a WHIP-compatible radio transceiver and can interact with Hotspots on the network. Devices are powered by the typical battery and can last for several years with them. Devices can exist in many forms depending on their use case, and the performance and battery life can be optimized through a variety of transmission strategies.

The Helium team is currently undertaking several strategies to advance the growth of the project. These strategies are as follows:

Who’s on the Helium Team?

Helium is the brainchild of Amir Haleem, Shawn Fanning, and Sean Carrey. The trio began working on the idea in 2013.

Haleem has a strong background in game development. Fanning is known for creating the popular music sharing platform Napster, one of the first of such platforms to employ a peer-to-peer approach. Carry has several years of development experience, including Where, an advertising platform since acquired by PayPal.

The Helium team considers where they are to be just the beginning. They view decentralized wireless networks as a still novel concept that needs more research so it can meet the demands of the modern-day internet. Given this, the team has or intends to undertake the following initiatives:

HNT is the native cryptocurrency of the Helium network. The token has several uses, including the two most important ones:

Where to Buy HNT

HNT is listed as a market pair with USDC, USDT, PERP, and USD in exchanges like Bilaxy, Binance, Binance.US, Hoo, FTX, and Serum DEX.