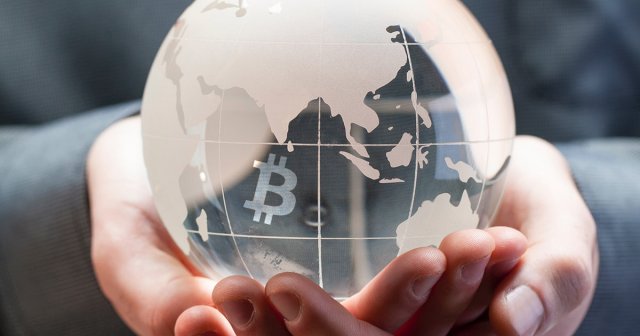 It is estimated that more than 60% of all U.S. dollars are used out of the United States of America. This signifies the dollar’s dominance as the preferred global currency; a position it has held for close to 76 years. It’s dominance can be traced back to the Bretton Woods Conference in 1994, where the participating countries agreed to link their native currency to the U.S. dollar, making it a global reserve currency.

Even though the agreement was later disbanded after 37 years, the U.S. dollar has continued to strengthen its place as the most resilient currency. But, judging from the world’s economic history, the average lifespan of a global reserve currency over the past five centuries is about 95 years. So, there is the thought that the U.S. dollar is close to its “deadline”.

Threats to The U.S. Dollar Maintaining its Status as a World Reserve Currency

In addition to the possibility of losing its grip on the global economy, there are other factors that are likely to dethrone the U.S. dollar from its position as a reserve currency.

For starters, the U.S. is facing economic threats from countries such as China and India, which boast high purchasing power parity. More so, the recent trade war between China and the U.S. has the potential to adversely devalue the dollar if the war was to continue long enough.

Also, with the advent of the internet, much of the world’s economic activities are carried out online. Think of the growing number of e-commerce sites and numerous electronic payment transfers. The rise of the digital age, therefore, necessitates the need for a newer form of global currency to keep up with the dynamic technology.

In addition, the dollar’s value is no longer pegged to gold, as was the case after the Bretton Woods Conference. President Nixon’s administration created the current system where the dollar leans towards the price of oil. Although it may seem far-fetched, oil-producing countries can potentially stop selling their oil for U.S. dollars sometime in the future; as the world adopts electric cars. As a result, the dollar’s dominance in global trade would diminish.

Given the growing doubts and uncertainty surrounding the U.S. dollar, it’s easy to see why Bitcoin or any other crypto seems to be well poised to become the next global reserve currency.

Cryptocurrency as a World Reserve Currency

Cryptocurrency, particularly Bitcoin, would make a good reserve currency due to the following favorable factors;

Bitcoin isn’t governed by monetary policies as those regulating fiat currency. While it’s decentralized nature comes with several benefits, the most significant one is that it’s almost impossible to inflate the digital currency.

See, in times of economic crisis such as the great recession of 2008, the government prints and injects new monetary bills into the economy. While this is meant to support the falling economy, it leads to hyperinflation.

On the other hand, Bitcoin is hard-capped at 21 million. This means that it’s impossible for new Bitcoins to be created and injected into the supply once the 21-million limit is mined. So, even in times of economic recession, Bitcoin’s value will always be on an increasing trajectory as its supply decreases while the demand increases.

Additionally, in today’s global conflict for power between nations, the next reserve currency would ideally not have ties to any authority.

The current global monetary system hasn’t been successful at achieving complete financial inclusion. There is still a large population of unbanked and under-banked population.

With the birth of international economic cooperation and interoperability, thanks to digitalization, it’s clear that the conventional monetary system isn’t suited to support this cooperation.

However, Bitcoin and other digital currencies are internet-based, making them viable for supporting economic interoperability. This way, it is possible to achieve complete financial inclusion considering the growing internet penetration even in remote areas.

Cryptocurrencies may not handle as many transactions as those processed by electronic fiat currency transfers. But when considering the total cost of money transfer, digital currencies are more affordable due to the absence of intermediaries. In most jurisdictions, virtual currencies are tax-free, which further brings down the transactional costs.

While Bitcoin is on its path to unseating the dollar as a reserve currency, the process would be much faster if the coin can find some stability. It’s volatile nature undermines its use as a medium of exchange – which is a primary characteristic of a global reserve currency. It’s volatility has also contributed to the stigma around storing value in digital currencies. It gets even worse when you factor in the possibility of hard-forking, which often disrupts the prices.

Setting the Table for a Digital Reserve Currency

Take Facebook’s Libra digital coin, for example. The coin is modeled to become a global medium of exchange, with its value pegged on the dollar. This places Libra on the path to becoming a global reserve due to its stable value and usability as a means of settlement. Unfortunately, Libra faces severe backlash from the government due to strong distrust of corporations with global ambitions. Facebook Inc. itself hasn’t been in the government’s good books either, rendering Libra’s future uncertain.

However, it wouldn’t be wrong to say that Facebook’s approach to the digital currency space served as a wake-up call for the central banking community across the world. In fact, countries such as China and Japan are working towards digitizing their native currency, placing them closer to controlling the global economy. The European countries are also investigating the viability of digital currencies in an attempt to step up the payment systems.

The next few decades promise to be exciting as far as the global economy and a reserve currency are concerned. Whether Bitcoin, Libra, or a central bank-issued digital currency end up winning the reserve-currency title, the crypto-market will have attained the long-awaited maturation. Besides, the success of one digital currency often translates to the success of other cryptocurrencies since they all exist in an ecosystem.