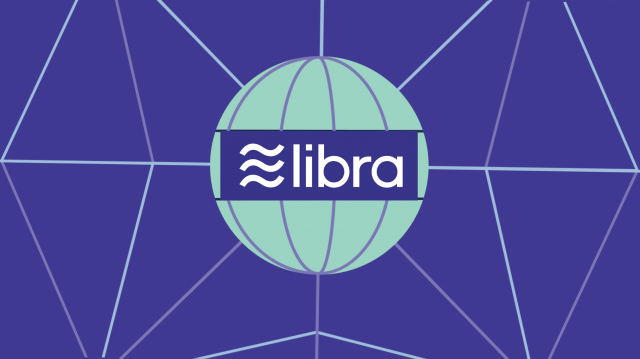 Facebook garnered tremendous attention in 2019 when it announced that it was creating a cryptocurrency called Libra. The announcement was met with the coldest of shoulders by regulators around the world, with declarations going from Libra “must be stopped” to the project was “serving private interests.”

The project drew ire partly due to the very audacious nature of the project plus the tainted history of Facebook with managing user data. Facebook’s Mark Zuckerberg was forced to sit through US Senate hearings to explain the project, and many of the initial members withdrew from the project.

Of course, any cryptocurrency that launches will unfailingly be compared against the one that started it all: Bitcoin. Bitcoin is the currency that spawned off the rest of the cryptocurrencies, and these cryptocurrencies have taken after Bitcoin one way or another. Whether it’s a permissionless blockchain, or a proof-of-work consensus mechanism, or a capped supply, Bitcoin has inspired the ton of them.

What about Libra? With the controversy and the biting controversy surrounding the cryptocurrency, it’s crucial to compare the two. It’s also important since some people tend to lump the two together.

Bitcoin and Libra: A Sea of Difference

Is  Libra like Bitcoin? Let’s stack each against the other and find out.

i) Availability and History

Bitcoin traces its history to  2008 when the anonymous developer Satoshi Nakamoto published its white paper. The first bitcoin was subsequently mined in January 2009. Bitcoin is now a fully-fledged currency through which millions of people all over the world can buy, sell, and trade on multiple exchanges. Though not yet fully mainstream, a good number of merchants and businesses the world over are accepting Bitcoin for payments.

Libra’s white paper was released in 2019, with the cryptocurrency scheduled to go live sometimes in 2020. We’re yet to see the network that will support the currency, and with multiple founding partners jumping ship, whether the currency will be launched per the scheduled time is anyone’s guess.

In terms of development, Facebook is the team behind Libra. After the Libra project went public, the Libra blockchain was made open-source, allowing developers around the world to contribute to the code.

For its part, Bitcoin was conceived and developed by Satoshi, with other developers joining in at later stages of the process. Bitcoin is now in the hands of the Bitcoin Foundation, and it’s also open-source, meaning anyone can add to the code. At any time, developers are always working to improve Bitcoin’s functions one way or another, whether improving scalability, privacy, interoperability with other blockchains, and so on.

One of Bitcoin’s core features is that it’s decentralized,  meaning it’s not managed by any single entity. No one can switch its network, hijack transactions, or block its usage. It achieves this thanks to having a distributed network of thousands of computers, also called nodes, all over the world.

All anyone needs to do to become a node has enough storage on the computer to store the ever-increasing size of the blockchain, as well as reliable access to the internet. For anyone to hijack the Bitcoin blockchain, they would need massive computing power, which would simply be expensive for anyone to have the motivation to do so.

On the other hand, Libra is fairly centralized. The project is run by the Libra Association, which comprises several organizations drawn from various industries: blockchain, venture capital, non-governmental organizations, academic institutions, and so on. These organizations have a financial stake in the project, and they will have a say in the development and the general direction of the project. Each member has contributed $19 million, and they get the right to vote on the decision-making process.

When Libra was originally unveiled, the plan was to create a stablecoin backed by a basket of fiat currencies such as the US dollar, the Euro, the Japanese Yen, and so on. That, however, was met with criticism by regulators and central banks who cried foul of the potential of that to usurp some of the power of the financial system.

Now it looks like Libra has come back with a plan to appease the system. It will now comprise individual stablecoins for a number of Fiat currencies, – including USD, the Euro, the Singaporean dollar, the Japanese Yen, and its very own Libra coin, which will be backed by the stablecoins instead of Fiat currency.

In comparison, Bitcoin is not backed by any currency. It derives its value from people accepting it and being willing to pay a certain amount of money for it. In the same way in history, people agreed that things like shells or rare stones have value and can be used as a medium of exchange, the same way people ascribe value to Bitcoin.

Bitcoin is a pseudonymous currency, meaning while you’ll not use your personal credentials to conduct transactions, your Bitcoin address and transaction history can be used to trace your real-world identity. Bitcoin’s blockchain is public, with every single transaction being in the public domain.

While Libra is yet to go live and its privacy policy is not yet known, many people have rightfully raised questions on whether the project can protect user privacy, given Facebook’s history with the mishandling of user data. Concerns abound on whether Facebook could leverage its position and use people’s data as a means to further revenue.

Bitcoin’s decentralized nature cushions it a great deal from the potential clampdown of governments. Governments could make trading and investment of Bitcoin difficult, but with its nodes being distributed all over the world, it’s just not possible to regulate it as effectively or stop its usage.

On the other hand, Libra raised alarm bells from regulators and governments immediately it was announced. Concern was rife that with a powerful entity such as Facebook backing Libra, it would undermine the global financial system and provide bigger leeway for criminals and terrorist organizations.

Libra even had to capitulate to the regulatory pressure. In a testimony prepared for a hearing at the US Senate, David Marcus, head of the project, wrote:” The time between now and launch is designed to be an open process subject to oversight and review…And I want to be clear: Facebook will not offer the Libra Digital currency until we have fully addressed regulatory concerns and received appropriate approvals.”

As you can deduct, Libra is highly prone to regulatory control. If governments and regulatory bodies don’t like what’s happening, they can intervene and demand a change of policy or approach. This could never happen with Bitcoin.

Bitcoin’s supply is capped at 21 million, meaning there will only ever be that amount of coins in existence. This number is programmed in the Bitcoin code, with the last coin expected to be mined around the year 2140.  This prevents inflation and also increases the purchasing power of Bitcoin over time. By contrast, the supply of Libra is in the hands of the Libra association, who will be in charge of the currency’s supply.

As you can see, Libra and Bitcoin are two different cryptocurrencies with different approaches. In all the ways, Bitcoin is the embodiment of what cryptocurrency is about: a decentralized, open-source network, hard-to-regulate currency. Libra has the makings of a cryptocurrency, but not quite. Its association with Facebook is not helping its cause for the moment, but as with anything crypto, a lot remains to be seen.