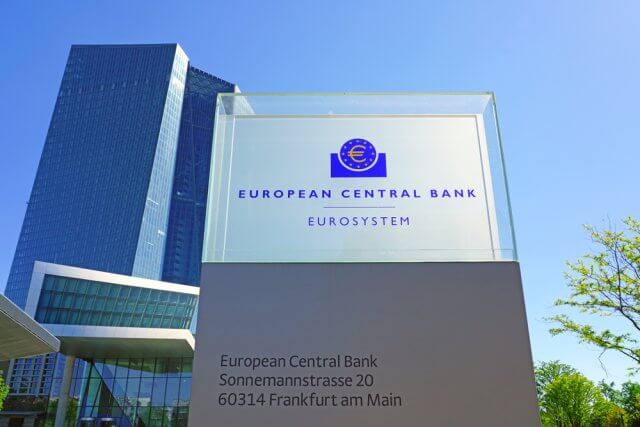 On the forex front, the ICE U.S. Dollar Index fell 0.4% on the day to a two-week low of 99.48, posting a four-day decline. The European Central Bank will announce its interest rates decision (deposit facility rate unchanged at -0.5% expected). The European Commission will post 1Q GDP (-3.4% on year expected) and March jobless rate (7.8% expected).

The EUR/USD soared over 0.5% to 1.0876. The economic figures revealed that the eurozone’s Economic Confidence Index slipped to 67.0 in April (73.1 expected) from 94.2 in March. Meantime, traders are awaiting the European Central Bank to maintain its key rates unchanged later today. Also, the eurozone’s first-quarter GDP (-3.4% on year estimated) and March jobless rate (7.8% expected) will be reported.

At the USD front, the dollar index’s (DXY) bounce from the 13-day low of 99.45 reached during Tuesday’s American trading hours, and it ran out of steam near 99.90 early on Wednesday. It’s mostly because both the S&P 500 futures and Asian stocks climbed, as in result greenback is losing its haven demand.

On the flip side, the European Central Bank will likely hold its policy unchanged and show a willingness to give more monetary stimulus if required. The EUR will likely give importance to the ECB’s moves on sentiment than traditional monetary policy signals.

At the USD front, the monthly safe-haven demand for the U.S. dollar also kept currency pair under pressure during the April month. The U.S. Dollar Index hit a daily low at 99.54 earlier in the morning but remained above Tuesday’s lows. Equity prices held on to gain.

At the coronavirus front, the number of confirmed coronavirus cases rose to 159,119, with a total of 6,288 deaths reported as per the German disease and epidemic control center report. While. The cases rose by 1,478 in Germany, the daily rate of increase shows rise to 0.9% from 0.8% on Wednesday. The death losses rose by 173 vs. 202 seen a day before.

Traders will keep their focus on the Eurozone CPI and GDP data ahead of the ECB policy decision. The coronavirus headlines and U.S. dollar dynamics could entertain the traders during the day ahead.

The technical side of the EUR/USD is more or less the same as yesterday. The EUR/USD is trading bullish around 1.0877 as the U.S. dollar seems to face bearish pressure due to dovish FOMC. The EUR/USD has the potential to go after 1.0882, and bullish breakout of this level may drive EUR/USD prices further higher until the next resistance level of 1.0960.

The trading sentiment for the EUR/USD continues to be bullish, especially after the bullish crossover of 50 EMA and MACD. Both of the leading indicators are supporting bullish trend with immediate support around 1.0814. We should consider taking buying trades above 1.0840 today.

During Thursday’s Asian session, the GBP/USD currency pair extended its recovery moves from 1.2430 to 1.2470 but still considered bearish and trading below the 1.2500 level while representing 0.05% losses on the day mainly due to the broad-based U.S. dollar recovery pullback. The persistence criticism on Tory government policymakers’ performance about securing the personal protective equipment keeps the British Pound under pressure.

The GBP/USD is currently trading at 1.2478 and consolidates in the range between the 1.2429 – 1.2485. However, traders are cautious about placing any strong position ahead of coronavirus briefings by the UK PM Boris Johnson.

The Tory leader failed to head any daily coronavirus briefings even after the UK PM Boris Jonson returned to the office. Whereas, the reason behind the British PM Johnson’s little presence yesterday could be the news of his fiancée giving birth to a baby boy. On the other hand, the United Kingdom leader met with opposition Labour Party leader Keir Starmer and discussed the proceedings to combat the crisis.

The Tory party has been under pressure mainly due to the latest coronavirus report, which shows the U.K. as having the second-highest death toll in Europe. As well as, the criticism about the policymakers’ performance on securing the personal protective equipment (PPE) added further pressure on the Tory government. Despite this, the UK Tory government still claims to be on the top of performance while showing a coronavirus tracking app that warns the user when the contact with peoples infected by COVID-19,

On the flip side, the Foreign Secretary Dominic Raab said that the U.K. must pass and secure a Brexit deal by the end of the year to provide businesses, and this will be the best chance to ‘bouncing back’ economy from the coronavirus pandemic.

At the US-China front, U.S. President Donald Trump’s fueled fresh trader war between China and the United States, which sent the currency pair lower as the dollar caught bids in the wake of safe-haven demand. On the other hand, the Fed’s dovish pause and positive updates on the virus medicine have weighed on the U.S. dollar previously.

The GBP/USD pair is holding a buying zone, above 50 EMA, which is also supporting the cable around 1.2409. Since the MACD is holding above 0, which demonstrates that one should be looking to enter a buying trades in the GBP/USD pair. Consider staying bullish above 1.2430 and bearish trades below 1.2520 level today.

The USD/JPY lost 0.2% to trade around 106.61. The economic figures showed that Japan’s industrial production fell 3.7% on month in March, which is less than expectations of -5.0%, and retail sales declined by 4.5%. The currency pair failed to cheer the Japanese yen’s weakness and dropped to 6-weeks low yesterday.

The USD/JPY is trading at 106.64 and consolidates in the range between the 106.39 – 106.89. Whereas, the safe-haven demand for the U.S. dollar continues to lose due to risk-on sentiments in the stock market amid hopes of re-opening of the economies in Australia, New Zealand, and parts of Europe.

The currency pair continues to follow the broad-based U.S. dollar directions so far this week, with the latest stop in the dollar decline offering some support. The U.S. dollar index trades at 99.70 after hitting a daily low of 99.63.

The reason behind the risk-on market sentiment could also be the upbeat comments from the BOJ Governor. The Bank of Japan (BOJ) Governor Haruhiko Kuroda said that Japan’s financial system remains firm because a whole as bank groups have satisfactory capital buffers. Lastly, weakness in the U.S. dollar is also weighing on the USD/JPY. As expected, the Federal Reserve kept its benchmark interest rates unchanged at 0.00%-0.25%. The central bank acknowledged that the coronavirus pandemic is posting a considerable risk to the medium-term outlook for the economy.

The USD/JPY pair has traded mostly in line with the forecast to drop from 106.980 level to 106.350 level. At the moment, the USD/JPY pair is trading at 106.650, gaining immediate support around 106.350, and violation of this level can extend selling bias until 105.850. On the 4 hour chart, we can see the USD/JPY pair is holding below descending triangle pattern, which may keep the pair in a bearish mode under 106.980 resistance. At the same time, the 50 EMA and MACD are also suggesting selling bias for the USD/JPY pair. Taking a selling trade below, 106.850 seems to be a good idea today.