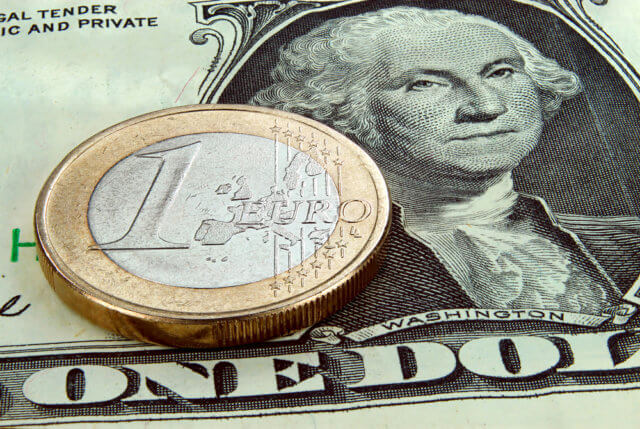 The greenback fell against its major peers, with the Dollar Index dipping 0.7% on the day to 100.94, down for a 4th consecutive session. France’s INSEE will release March Consumer Confidence Index (91 expected).

The EUR/USD rallied 1.5% to 1.1047, posting a four-day winning streak. The risk-on market sentiment is also pushing the U.S. Dollar lower and sending the pair higher. The recovery in the risk-sentiment came after the U.S. Senate approved of the original $2 trillion fiscal stimulus package.

A series of economic fundamentals drove the pair, and even today market is likely to move on news. In particular, the U.S. initial jobless claims are expected to have risen to 1,000K from the preceding week’s 281K figure in the week ended March 20.

If jobless claims fall in the 2 to 3 million range, which seems fairly possible, we will likely see a notable sell-off in the greenback. In that case, the EUR/USD currency pair could find a bid over the 50-day moving average at 1.10.

On the other hand, the EUR/USD currency pair will also take cues from the Kansas Fed Manufacturing Activity index for March. The European Union’s upcoming emergency meeting to discuss further steps to combat the virus will be essential to watch.

Markets are assuming that the Eurozone is going for a deep slowdown, and they need aggressive stimulus to stop the fallout from the virus outbreak. Later today, eyes will be on France’s INSEE, which is due to release March Consumer Confidence Index (91 expected).

The GBP/USD surged 2.6% to 1.2192. The Bank of England said, after announcing a rate cut and additional bonds purchase last Thursday, it can expand asset purchases further if necessary. On the other hand, official data showed that U.K. retail sales declined 0.3% on month in February (+0.2% expected).

The policymakers could be called with the 24-hour prior notice to vote on the coronavirus support package on Friday. On the U.S. front, the coronavirus fears in the U.S. also increased with the death losses crossed 1,000 figures and an increase of 12,000 cases recorded in the single day on Wednesday.

The Bank of England (BOE) failed to offer any fireworks due to a lack of resources while disappointing U.K. Retail Sales, to 0.0% from 0.8% YoY forecast, also couldn’t recall the bears.

The USD/JPY currency pair flashing red and hit the session low near the 108.50, mainly due to broad-based U.S. Dollar weakness. While the greenback continues to lose its ground in the wake of the U.S. relief package. At the time of writing, the USD/JPY is trading at 108.78 and consolidates in the range between the 108.25 – 109.72.

It is worth to mention that the traders did not give much more attention to the Japanese Yen demand. So, the reason behind the pairs declines is the broad-based greenback weakness. The dollar index, which tracks the value of the greenback against majors, is currently trading at weekly lows near 99.30, having declined by nearly 200 pips on Thursday.

The U.S. dollar continues to lose its ground due to the unprecedented fiscal and monetary stimulus by the U.S. government and the Federal Reserve in the last five days.

On Friday, the demand for safe-haven assets such as gold and Japanese yen has surged in the wake of an increased number of coronavirus cases around the globe. Consequently, the USD/JPY pair has dropped to trade at 108.350, down from the 109 level. On the 4 hour chart, the USD/JPY has violated the bullish channel, which is now suggesting bearish bias in the USD/JPY.