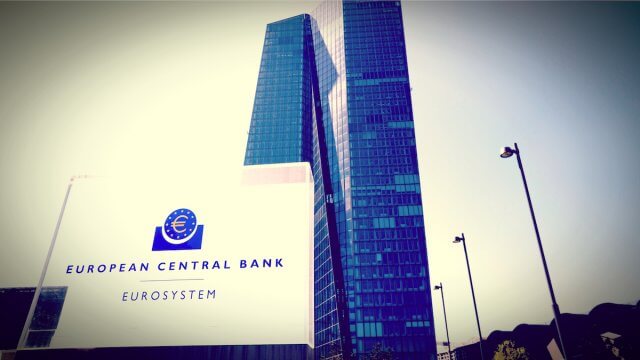 The focus will remain on the U.S. Advance GDP figures. GDP data expected to perform better than before as the data represents the economic activity of the lockdown period. Besides this, the major focus will remain on the ECB Monetary policy decision, where the ECB is expected to keep the interest rate unchanged. However, the increased number of  Covid-19 cases may trigger a dovish sentiment on the European official bank rate, and it may place bearish pressure on the single currency Euro.

The EUR/USD pair was closed at 1.17460 after placing a high of 1.17879 and a low of 1.17176. The EUR/USD pair dropped to its one week lowest level and remained bearish throughout the day. The Euro fell against the U.S. dollar on Wednesday ahead of the European Central Bank meeting amid the rising fears that the Eurozone’s economic recovery will be hard as Germany and France introduced fresh lockdown measures to control the spread of coronavirus infections.

A four-week lockdown was introduced by German Chancellor Angela Merkel on Wednesday for the country to control the spread of the virus. The partial lockdown will start from Monday, and under the restrictions, the hospital sector will likely ease as restaurants, bars, gyms, cinemas will be closed while schools, daycare centers, and kindergartens will remain open.

France that is already under curfew, will announce a nationwide lockdown on Friday. The President of France Emmanuel Macron has said that the measures they had taken to control the spread did not work out and were insufficient to counter the second wave of coronavirus affecting all of Europe.

Both Germany and France have seen a rise in coronavirus cases, with France expected to experience 100,000 new cases per day in the coming days. These fears that the lockdown measures will greatly impact the emerging European economic recovery weighed heavily on a single currency on Wednesday.

On the U.S. dollar front, the United States also saw records high numbers of coronavirus cases; however, the U.S. dollar remained strong across the board. It seems like investors chose to invest in the greenback in these uncertain times due to its safe-haven status. The strong U.S. dollar weighed further on EUR.USD pair on Wednesday, and the prices continued moving in downside momentum.

The EUR/USD traded with a bearish bias, having dropped to the support area of 1.1745. Above this, the pair has strong odds of taking a bullish turn until the 1.1790 area. Continuation of an upward trend may lead the EUR/USD price towards 1.1790, and bullish crossover of this area can lead the pair towards the 1.1820 level. Conversely, a bearish crossover of 1.1745 support level can extend selling until the 1.1694 area.

The U.S. dollar was strong across the board on Wednesday as the global coronavirus spread raised the greenback’s safe-haven allure. The British Pound lost as much as 1% against the U.S. dollar on Wednesday as investors withdraw due to decreased hopes for global economic recovery and increased risk-aversion market sentiment.

The uncertainties surrounding the U.S. elections were already weighing on the market sentiment, and the resurgence of coronavirus cases in Europe and the United States emerged that escalated the concerns. In the past week, the rate of deaths in Europe rose by almost 40%, and it challenged the narrative that the virus was relatively harmless that had encouraged the easing of lockdown measures for the sake of local economies.

Both Germany and France announced new lockdown measures to control coronavirus spread, and the U.K. was also expected to impose Tier-3 restrictions. These fears weighed heavily on the local currency British Pound that ultimately dragged the GBP/USD pair’s prices on Wednesday to its one-week lowest level.

On the Brexit front, Britain and the European Union have just over two months to reach a trade agreement before the status-quo transition period ends on December 31. The E.U.’s chief negotiator, Michel Barnier, is in London for negotiations, and it is believed that progress has been made over some sticking points.

The sentiment has raised hopes that this time a deal will be reached between the U.K. and the E.U. by early November. According to Bloomberg, both sides have begun work on the text of the agreement on the level competitive playing field and were close to finalizing a joint document covering state aid.

These developments regarding Brexit-deal gave some ease to the market sentiment and capped further losses in the GBP/USD pair on Wednesday.

Furthermore, the Bank of England has shown willingness to go for negative rates that had been partially priced in the market and had kept the British Pound under pressure. Therefore, any such action by the bank would not come as a surprise in the upcoming meeting, and it means that a negative interest rate effect could be of secondary importance for GBP traders than a shock of Brexit in the coming days.

The GBP/USD has violated the symmetric triangle pattern at the 1.3017 area, and closing of candles below the 1.3017 level has driven strong selling until the 1.2915 support area. On the higher side, the Cable my lead GBP/USD price towards 1.3046 level. For now, the GBP/USD pair may find an immediate resistance at 1.3046 are, and below this, selling can be captured until 1.2980 and 1.2919 level.

The U.S. dollar was strong on Wednesday as its safe-haven status got attention after European nations started re-imposing lockdown measures to control the virus’s spread. However, the U.S. dollar’s strength could not reverse the USD/JPY pair’s movement on Wednesday as traders were focused more on the Bank of Japan’s decision in its upcoming monetary policy meeting on Thursday.

Bank of Japan is up to hold its monetary policy meeting on Thursday, and investors were pricing the potential moves by it ahead of the meeting. The Bank of Japan is expected to keep its rates unchanged at -10bps while maintaining a 10-year JGB yield target at 0.0%. The Bank of Japan has extended a deadline for two virus linked funding programs and enlarged asset purchases. As mentioned by the quarterly assessment report, the central bank has downgraded this fiscal year’s economic and inflation outlooks.

As the outlook reviews have already been priced in the market, any hint over additional monetary easing through Q.E. in December on Thursday could have a major impact on the Japanese yen and ultimately on the USD/JPY pair. Furthermore, the coronavirus cases in the United States were rising day by day and weighed on local currency as the chances for a fresh lockdown increased with the increased number of COVID-19 infections. Over the last seven days, the U.S. reported about half a million new coronavirus cases, and it has raised both economic and health-related concerns that have weighed on the local currency U.S. dollar. The USD/JPY pair also followed these rising concerns and kept moving in the downward direction on Wednesday.

On the data front, from the U.S. side, at 17:30 GMT, the Goods Trade Balance for September came in as -79.4B against the anticipated -84.8B and supported the U.S. dollar. The Prelim Wholesale Inventories from the U.S. in September came in as -0.1% against the projected 0.4% and supported the U.S. dollar. The strong U.S. dollar failed to reverse the USD/JPY pair’s negative momentum on Wednesday, and the pair kept falling towards its multi-week lowest level.

The bearish bias in the USD/JPY continues to extend the bearish bias; however, it’s trading within a choppy trading range now. The choppy range may provide resistance at 104.505 to 104.200 area. Violation of this range can trigger further selling until the 103.900 level. The MACD and RSI support selling bias today; therefore, we will be looking to enter a selling trade below 104.24 today as a violation of this level has high odds of leading the USD/JPY pair further lower towards the 103.900 level. Good luck!