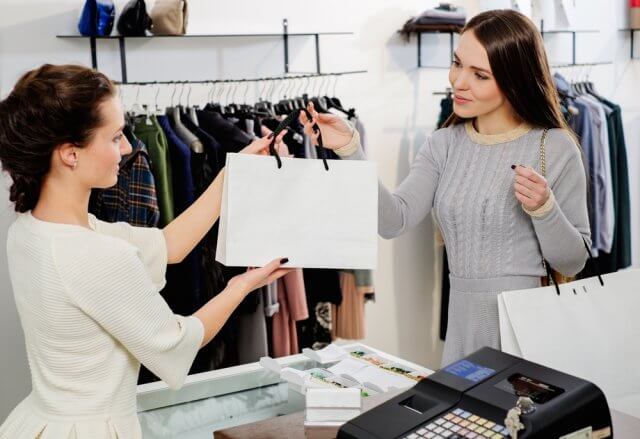 TheThe eyes will remain on the retail sales, Capacity Utilization Rate, and Industrial Production from the United States on the news side on the news side. Retail sales are expected to drop, and they may place bearish pressure on the U.S. dollar. At the same time, the Capacity Utilization Rate and Industrial Production are expected to perform better.

The EUR/USD pair was closed at 1.18537 after placing a high of 1.18686 and a low of 1.18139. EUR/USD pair remained on positive foot for the 3rd consecutive day and posted gains on Monday. In the early trading session, risk sentiment started to dominate financial markets after Moderna announced that its COVID vaccine candidate showed 94.5% effectiveness in the latest trials. However, the single currency Euro found it hard to take advantage of the improved market mood since the European Central Bank made it clear that they will act in the upcoming December meeting.

While speaking at an event on Monday, the European Central Bank and policymaker Pablo Hernandez de Cos said that foreign exchange moves between the USD and the EUR had reached a concerning phase. De Cos further said that the monetary aid should be increased to avoid market destruction, given the worsening outlook for economic activity and inflation.

These comments from ECB policymaker, along with the hopes for further easing from ECB next month, exerted high pressure on the single currency that capped further gains in EUR/USD pair on Monday. However, the currency pair remained positive for the day, even though the European economy was hit hard by the coronavirus pandemic.

According to Johns Hopkins University, more than 54 million people had been infected by COVID-19 globally. In Europe, governments scrambled amid an alarming rise in numbers as France’s health authorities reported 9406 new cases on Monday. Germany postponed its decision on further lockdown measures until next week.

The German Chancellor Angela Merkel said that she wanted to impose further restrictions immediately, but she did not have a majority, so the decision was postponed until November 25. The tightening of lockdown measures was something nobody wanted, and that helped the single currency Euro and supported it. Meanwhile, Sweden placed a nationwide limit of eight people for all gatherings to slow down coronavirus spread. The limit will take effect from November 24 and will last for four weeks.

Despite all these tensions regarding the coronavirus pandemic, the single currency Euro struggled to hold near its best levels against its rival, the U.S. dollar, on Monday. The higher market sentiment also supported Euro amid the coronavirus vaccine news.

On the data front, the Empire State Manufacturing Index for November declined to 6.3 against the forecasted 13.8 and weighed on the U.S. dollar that added gains in EUR/USD pair on Monday. Other than macroeconomic data, the U.S. dollar was already weak in the market due to the rising number of coronavirus cases in the U.S. The weak U.S. dollar added further to the upward movement of the EUR/USD pair.

The EUR/USD is trading sideways, holding mostly below the double top resistance level of 1.1860 level. Still, recently it has formed a Doji pattern followed by bullish candles, suggesting that the buyers are exhausted, and sellers may enter into the market soon. Therefore, we can expect the EUR/USD price to trade bearish until the 1.1838 level, the support level extended by an upward trendline on the hourly timeframe. Bullish crossover of 1.1865 level can also trigger buying until 1.1910.

There were increasing signs that little progress could be made in this week’s trade talks. The Brexit optimism with the resumed trade talks drove the British Pound higher on Monday that ultimately pushed the GBP/USD pair on the upside.

However, the pair failed to remain there for long as some investors started giving warning that a deal between the E.U. and the U.K. was unlikely this week in the wake of turmoil in the U.K. government. The two of Prime Minister Boris Johnson’s pro-Brexit advisors, Cummings and Cain, were ousted last week. Moreover, the prospects of failure to reach a deal were fading away with the hopes that if an agreement would not be reached, the deadline could stretch into the final weeks before the end of the transition period on December 31.

The negotiations are potentially stretching into December as the deadline of November 19 was close, and the differences in both sides were larger. Ireland’s foreign minister initially warned that a deal f this size is difficult to reach within a week or ten days, although the talks could continue for a further two weeks. The Brexit deal has left to solve 3 key sticking points, including the level playing field, governance, and fisheries. The control over fisheries has been highlighted as one of the main hindrances, as French President Emmanuel Macron has been reluctant to give Britain’s demand for full sovereignty over access to its waters amid concerns French fishers could lose out.

However, the GBP/USD pair posted gains as the UK PM Boris Johnson’s office said in a statement that they were confident that the U.K. would prosper if they fail to reach a trade deal with the E.U. Apart from Brexit, the GBP/USD pair’s gains were lost a bit after the UK PM Johnson self-isolated himself after having close contact with a coronavirus case despite without symptoms and being well. Johnson has already contracted coronavirus case back in April.

The number of coronavirus cases in the U.K. stayed above 20,000 per day despite the ongoing restrictive measures. Meanwhile, a medical adviser in the U.K. said that the government would have to consider strengthening the three-tier system of restrictions used to control coronavirus spread when the full lockdown in England ends. These tensions kept the GBP/USD pair under pressure on Monday and kept the gains limited.

Meanwhile, a U.S. drugmaker Moderna also announced that its vaccine was proven 94.5% effective in preventing the coronavirus that raised risk sentiment in the market and supported the risk perceived British Pound and added in the gains of GBP/USD pair on Monday. Furthermore, Britain reported that it had secured about five million doses of an experimental coronavirus vaccine developed by Moderna after reporting positive trial results. The health minister Matt Hancock from the U.K. said that the earliest doses are expected for delivery in Spring.

On the data front, the Rightmove HPI from Great Britain was released on Monday at 05:01 GMT, which came in as -0.5% in November against October’s 1.1%. From the U.S. side, the Empire State Manufacturing Index was declined to 6.3 against the forecasted 13.8 and weighed on the U.S. dollar and added strength to GBP/USD pair on Monday.

The GBP/USD pair is trading at 1.3208 level, holding over 1.3189 level, which is extended by an upward trendline on a 2-hour timeframe. The Cable has recently crossed over the resistance level of the 1.3185 resistance level as the candle’s closing above this level may drive further upward movement in the market. The MACD and RSI support buying trend, and considering the trendline support and oversold indicators, it is worth giving a buy shot to GBP/USD pair. Let’s consider buying over 1.3160 level today.

The USD/JPY pair was closed at 104.565 after placing a high of 105.135 and a low of 104.361. The pair followed its previous day’s bearish trend and dropped for 3rd consecutive day on Monday. The USD/JPY pair surged to its previous daily high level on Monday in early trading hours after the news from another drug maker came in about their vaccine’s efficiency. The Moderna reported that its vaccine’s last stage clinical trials were 94.5% effective. After this news, Moderna became the second company to announce its results from last stage clinical trials.

This news raised the risk sentiment in the market and weighed on the safe-haven Japanese Yen that kept the USD/JPY pair higher at the beginning of the Asian session. However, the gains started to fade as the market participant realized the difficulty of vaccine availability and its usage. The vaccine requires -70C temperature to be stored to be transported, that is not an easy task. Furthermore, there was also a lack of information regarding the time duration for the immunity induced through the vaccine. This can only be ascertained after the vaccine becomes available to the general public for usage.

These uncertainties raised the market’s safe-haven status and supported the Japanese Yen that ultimately weighed on the USD/JPY pair and forced it to lose some of its earlier daily gains. Meanwhile, on the U.S. front, the U.S. dollar was also weak on the day as the rising number of coronavirus cases raised fears for further restrictions and raised the hopes for further stimulus aid from the government.

The global cases of coronavirus reached 54 million, out of which 11 million were reported from the United States, according to the Johns Hopkins University. The rising number of coronavirus in the United States raised hopes that the Fed will announce further easing or a larger monetary aid to support the economy after the victory of Joe Biden in the U.S. presidential election this month.

Biden always favors a larger stimulus package to provide strength to the economy through the coronavirus crisis. With him becoming the U.S. 46th President, the chances for a massive stimulus bill for the U.S. economy have increased, which started to weigh on the U.S. dollar and ultimately dragged the USD/JPY pair’s prices on the downside.

On the data front, the Prelim GDP Price Index from Japan was released at 04:50 GMT that raised to 1.1% in the 3rd quarter against the expected 1.0% and supported the Japanese Yen that ultimately added further losses in the USD.JPY pair on Monday. The Prelim GDP for the 3rd Quarter from Japan also raised to 5.0% against the projected 4.4% and supported the Japanese Yen that dragged the USD.JPY pair on the downside. On the U.S. front, the Empire State Manufacturing Index in November dropped to 6.3 from the projected 13.8 and weighed on the U.S. dollar that dragged the USD/JPY pair further on the downside.

The USD/JPY is with a bearish bias at the 104.400 level, falling from the 104.850 support area. On the lower side, the USD/JPY pair is likely to find support at the 104.141 level, and violation of this level can also extend further selling boas until 103.500. On the higher side, the USD/JPY safe-haven pair may find resistance at 104.845 and may help us capture a selling trades below this level as the MACD and RSI support the selling trend today. Good luck!